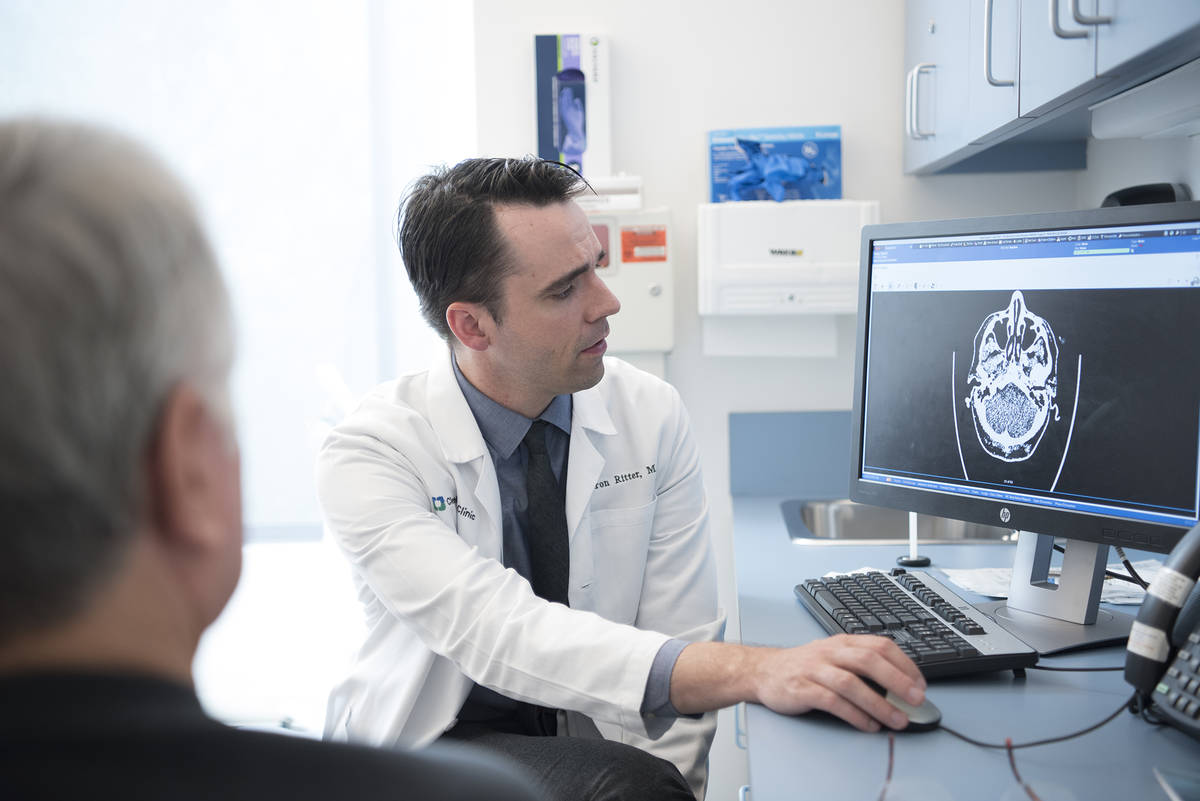 Dr. Aaron Ritter looks at a brain scan of a PABHS participant before the COVID-19 pandemic. (Cleveland Clinic) 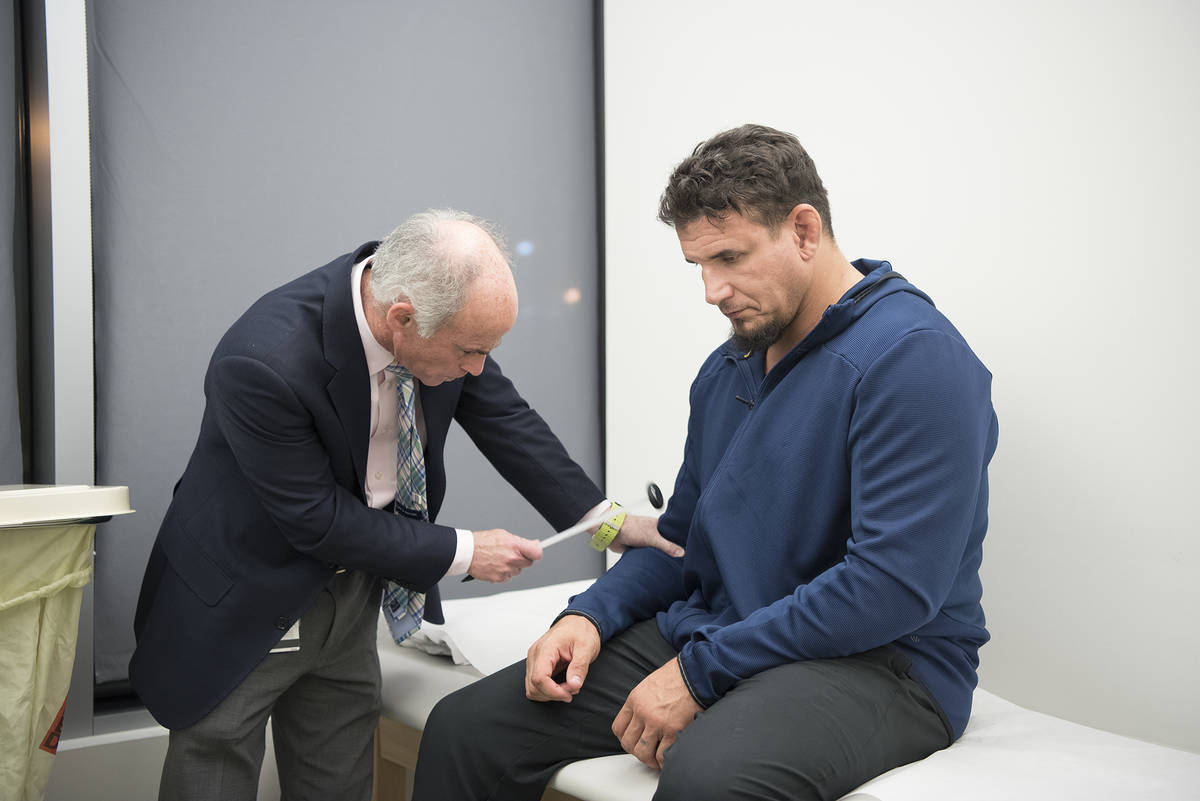 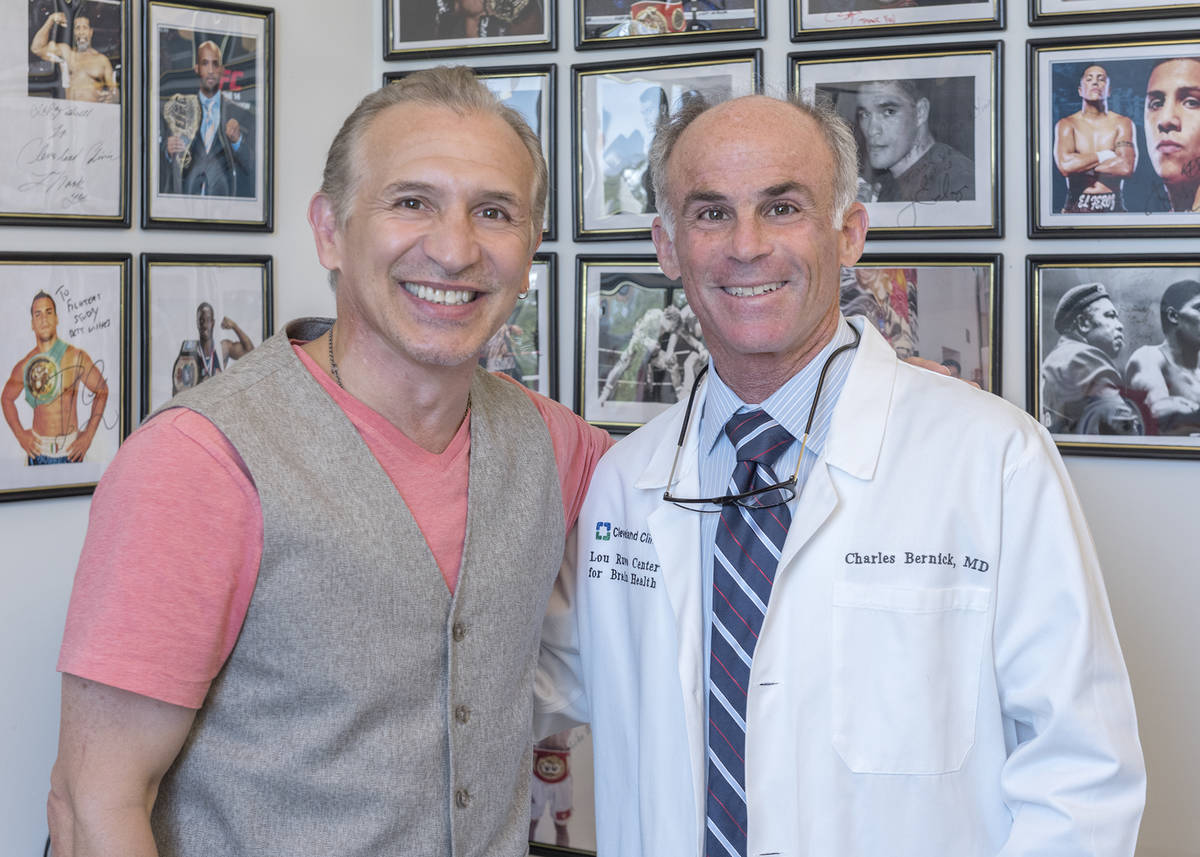 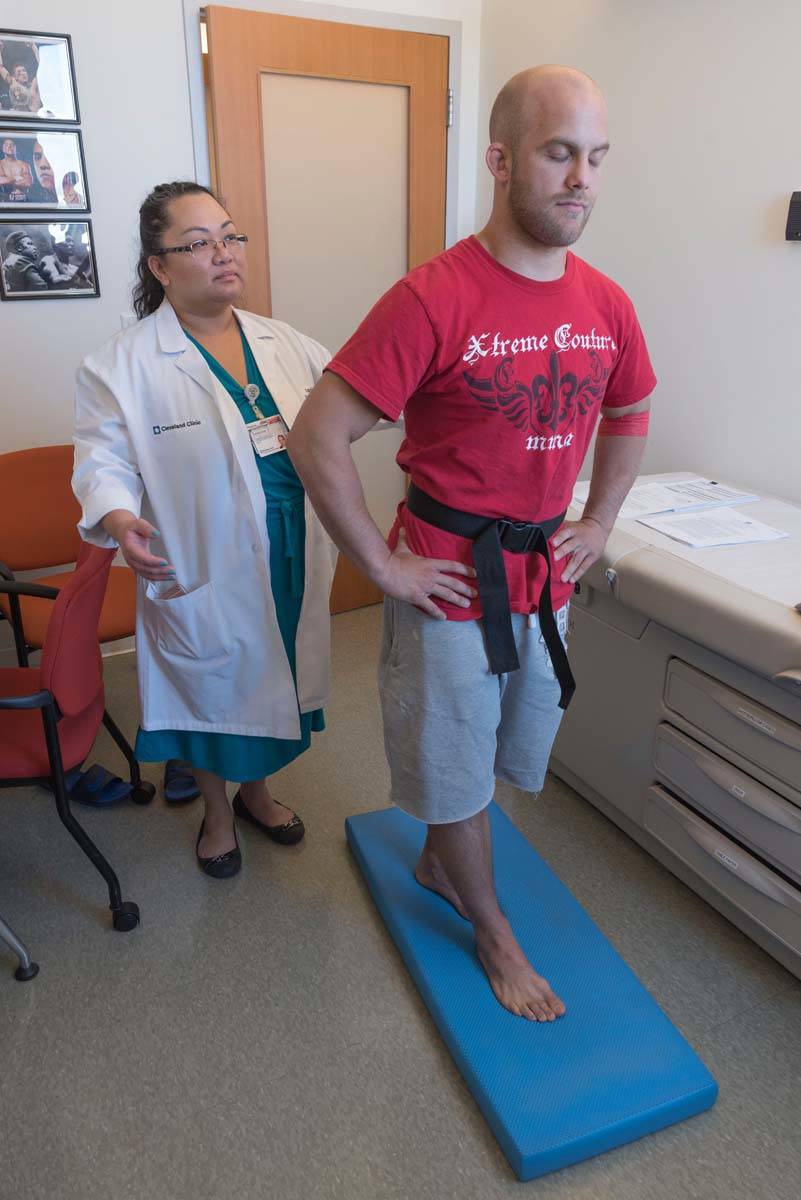 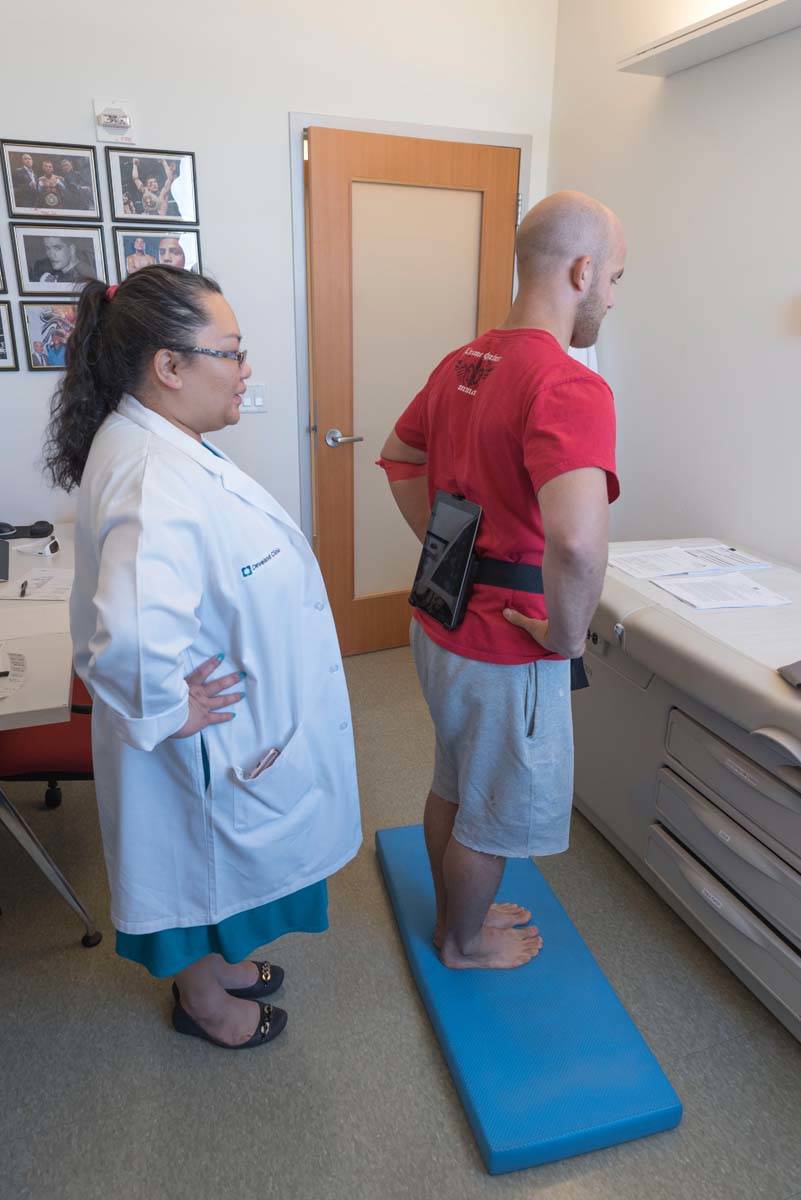 Boxers know how to take it on the chin. But a long-term study in Las Vegas has found that they experience more brain damage from their bouts than do mixed martial arts fighters.

The study at the Cleveland Clinic Lou Ruvo Center for Brain Health is entering into its 10th year with support from UFC, which on Thursday announced a $1 million contribution and its collaboration for five more years.

The contribution by the mixed martial arts organization helps continue the study of the long-term effects of repetitive head trauma and of risk factors for chronic traumatic encephalopathy (CTE), a progressive, degenerative disease of the brain.

UFC’s aim is to provide information to its athletes “so they can make informed decisions about their own health and safety,” said chief operating officer Lawrence Epstein, whose organization has committed $2 million since joining the study in 2011.

“We felt like we couldn’t just tell them, ‘Hey, you’re involved in dangerous activity, you could get hurt.’ We felt there was an obligation to affirmatively investigate and try to figure out what was going on here,” Epstein said.

The study is the largest of its kind, enrolling more than 800 active and retired athletes. Most of the athletes compete in mixed martial arts, boxing or professional bull riding.

Participation in the study is voluntary. Athletes who participate receive free, ongoing assessments of brain health and function, including MRI scans.

Currently, CTE can only be suspected in individuals with repeated head trauma but not diagnosed until after death, when certain proteins in the brain can be viewed in an autopsy.

But over the past decade, researchers have detected subtle effects of RHI on brain structure and identified proteins released in the blood following impact. These changes can be measured over time and may be early indicators of brain injury, providing data that could help athletes make decisions about their careers.

The application of the findings extends beyond the world of sports to, for example, injuries sustained from military combat, researchers said.

Researchers have looked at genetic and social factors that could increase risk, as well as at gender. Women are faring better in the study, and researchers will be publishing their findings on genetics, said Dr. Charles Bernick, the study’s founder and primary investigator.

The most significant risk factor, however, is exposure to head injury.

“In most everything we look at, the MMA fighters do better,” experiencing fewer changes in their brains and in cognitive tests, Bernick said. As for the boxers, “the usual explanation is they just get hit in the head more.”

The longer the brains of the athletes can be studied, the more meaningful the findings, which makes Las Vegas uniquely suited for the study, one researcher said.

“We’re going to be able to follow patients going forward, after they’ve transitioned from being active to retired,” Ritter said.

UFC wants the study’s findings to become a “fundamental part of the regulation of combat sports,” Epstein said.

If a fighter has a detached retina, he won’t be licensed to fight, Epstein said. Similarly, under the scenario he envisions, if a fighter is predisposed toward, or has early indications of, brain injury, the fighter wouldn’t be licensed.

The message then would be, “You’ve got to figure out something else to do with your life,” he said.

“This is not about trying to diagnose injury after it’s occurred,” he said. Instead, the goal is to “prevent injury from taking place in the first place.”