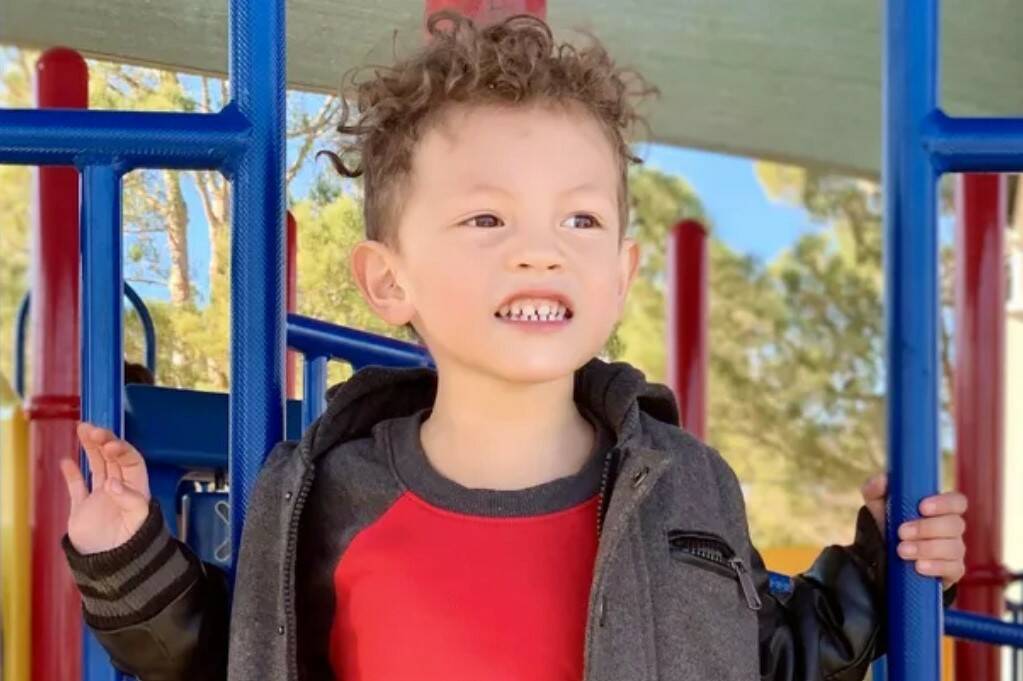 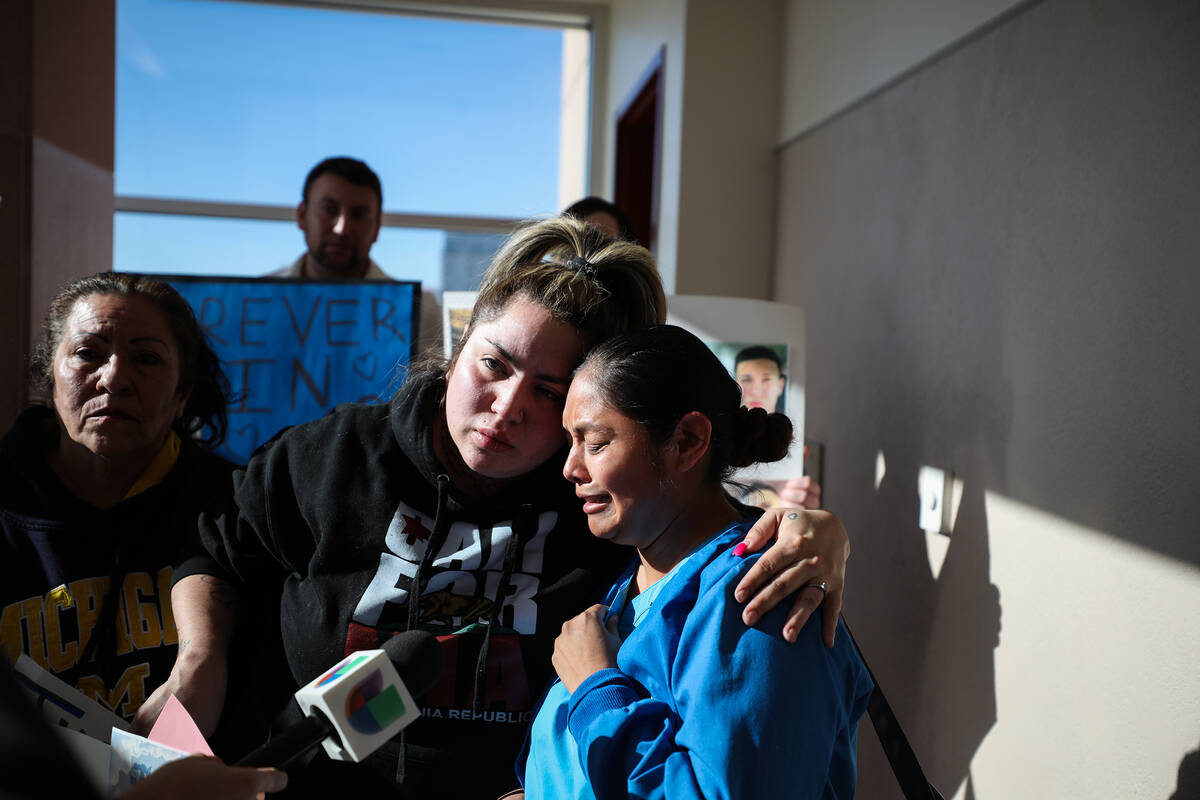 Annissa Abina, aunt to Mason Dominguez, comforts family friend Clarissa Canacho as she speaks to the news media after a court hearing for Brandon Toseland, who is charged in the boy's death, on Monday, Feb. 28, 2022, at the Regional Justice Center in Las Vegas. (Rachel Aston/Las Vegas Review-Journal) @rookie__rae

The woman who used notes to lead Las Vegas police to her son’s body has filed a wrongful death and negligence lawsuit against her ex-boyfriend, Brandon Toseland.

Dahsia Maldonado, 28, filed the suit Thursday asking for $15,000 in damages, citing false imprisonment, the wrongful death of her 4-year-old son, Mason Dominguez, intentional infliction of emotional distress and negligence in the care for the boy.

The lawsuit was filed by Lisa Rasmussen, who is representing Maldonado and her daughter, 7-year-old Rylie Dominguez. The amount the family is seeking is the minimum required for a wrongful death lawsuit in District Court.

Maldonado moved into Toseland’s home on Saddle Brook Park Drive in March 2021, and he immediately began to alienate her, according to the lawsuit. Maldonado claimed Toseland banned her from seeing her family because they “made him uncomfortable” and that he often locked family members in separate rooms of the house.

“Dahsia noticed that her son Mason often had bruises and Toseland told her that the dog knocked him over, or that he fell, frequently explaining his injuries as accidental and referring to Mason as clumsy,” the lawsuit read.

Police said Rylie Dominguez came to school Feb. 22 with sticky notes from her mother that said Maldonado was trapped and suspected her son was dead because she hadn’t seen him since Dec. 11. Officers went to the house and found Mason in a freezer in the garage, according to an arrest report from the Metropolitan Police Department.

The lawsuit reiterated the statement Maldonado had made to police regarding the death. She told officers in February that she had not seen her son since December, and Toseland told her the boy had died accidentally but she could not see her son “because (Toseland’s) freedom would be taken away.”

The Clark County coroner’s office had not ruled on Mason’s cause and manner of death as of Friday.

“Toseland would handcuff Dahsia to the car seat when they were in the car,” the lawsuit read. “Toseland separated Rylie from Dahsia at all times other than when he was directly present so that he could ensure that they did not speak to one another about anything consequential to him.”

When police conducted a search warrant, resulting in the discovery of Mason in the garage freezer, they found Maldonado handcuffed to the car Toseland was driving, according to the arrest report.

Family attorney Stephen Stubbs said Saturday that Maldonado is not seeking “a big payday” but would like money for the financial and emotional damages her family suffered.

“What he did, the trauma he caused is enormous,” Stubbs said. “The mother and daughter will be bearing that physical and emotional burden for a long time as they try to heal.”

The public defender representing Toseland in the criminal case could not be reached for comment Saturday.

Toseland remained in the Clark County Detention Center on one count of murder and two counts of kidnapping. He is scheduled for a preliminary hearing in April.

A hearing has not been scheduled in the lawsuit Maldonado filed this week.

Toseland had a three-year child custody battle with the mother of his two children, who are 7 and 5, according to Family Court records.

The mother argued for sole legal custody of the children in 2018 but said there have been no instances of domestic violence or Child Protective Services involvement.

The court granted the parents joint custody in August, but the case was reopened Wednesday when the mother filed to change the custody agreement.

In her reasons for filing the woman simply wrote: “The other party is in jail.”

Court records show Toseland was previously charged with domestic battery in 2013 and 2019, but both cases were dismissed. In the 2019 case, Toseland was required to complete community service and impulse control counseling before the case was dismissed.