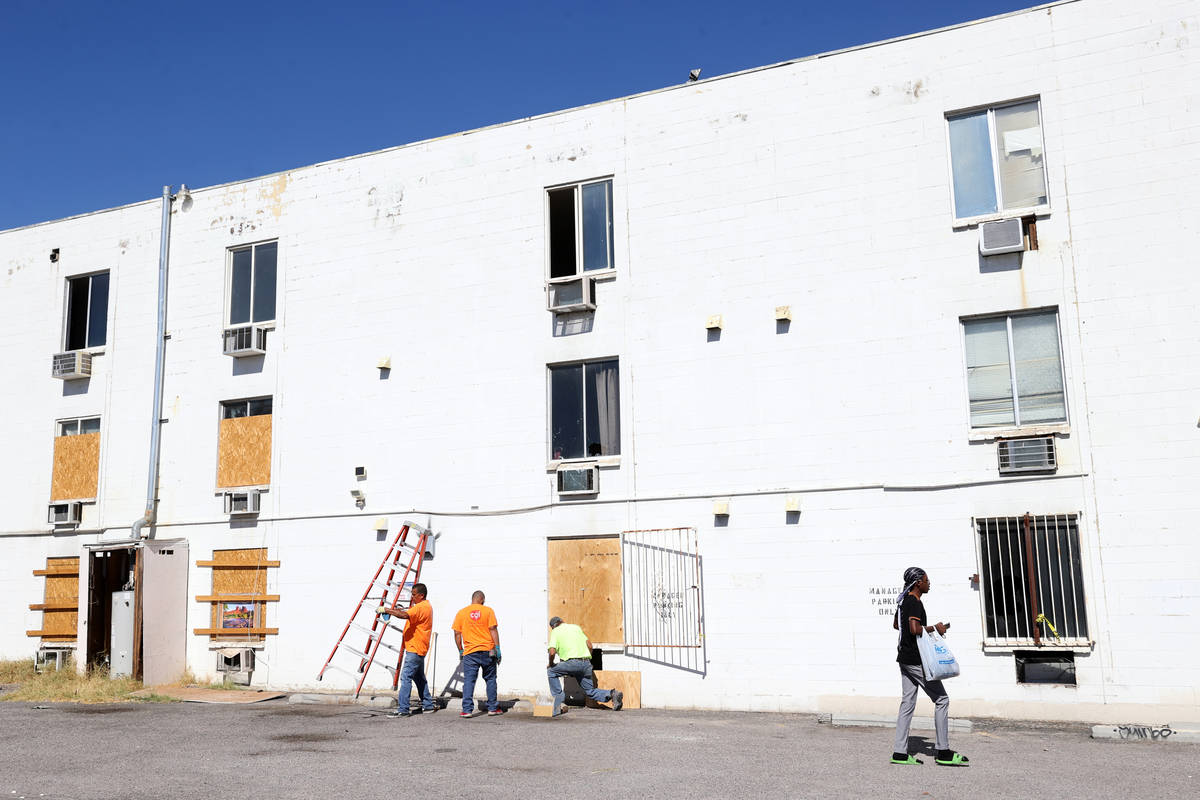 Workers board up windows at the Alpine Motel Apartments in downtown Las Vegas Thursday, Oct. 15, 2020. The apartment building was the site of a December 2019 fire that killed six and injured 13. (K.M. Cannon/Las Vegas Review-Journal) @KMCannonPhoto 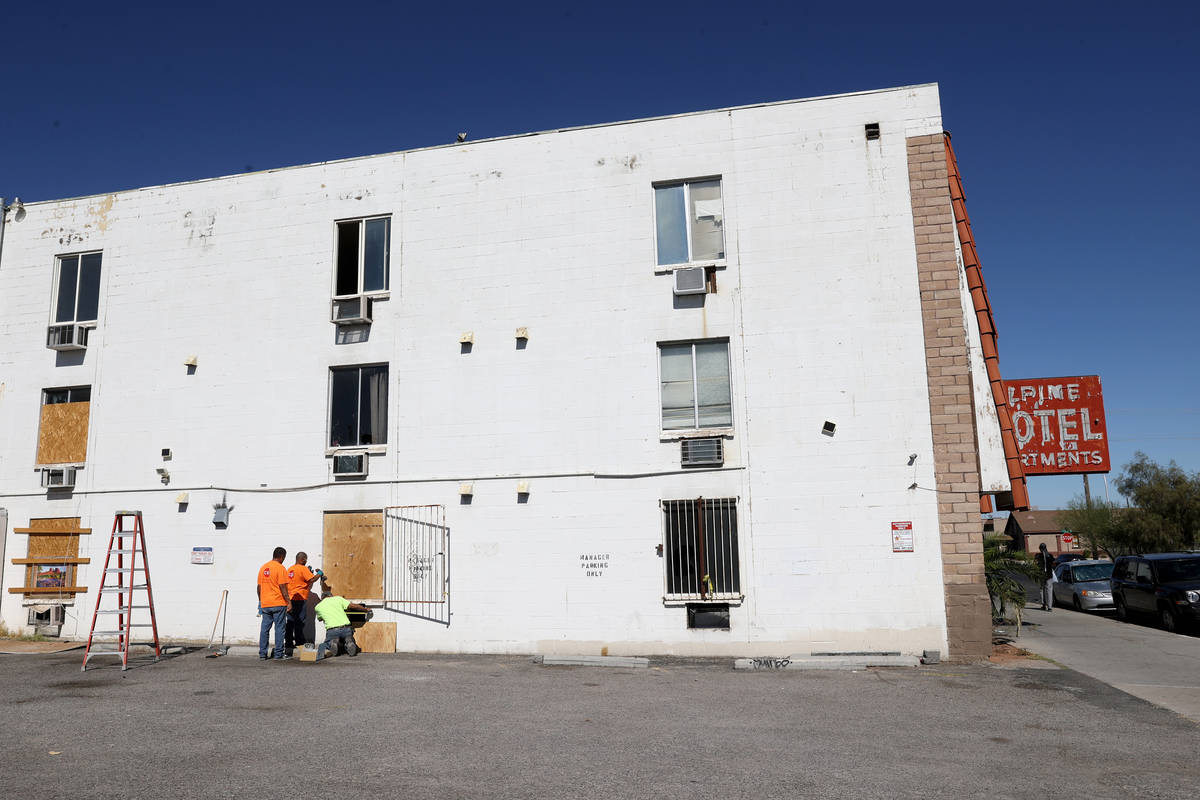 Workers board up windows at the Alpine Motel Apartments in downtown Las Vegas Thursday, Oct. 15, 2020. The apartment building was the site of a December 2019 fire that killed six and injured 13. (K.M. Cannon/Las Vegas Review-Journal) @KMCannonPhoto

People who live and work near the Alpine Motel Apartments say the downtown Las Vegas property, the site of the city’s deadliest residential fire, is routinely being used by homeless people for shelter.

Doug DeMasi owns property directly across the street from the Alpine, 213 N. Ninth St. He said he’s watched homeless people come and go from the Alpine since the Dec. 21 fire that killed six and injured 13. DeMasi took a photo last week of a ladder people were using to get in and out of a broken second-floor window of the Alpine.

DeMasi said he’s concerned there’s going to be another fire at the Alpine.

“Even on Sunday I saw people walking in and coming out,” Menchaca said.

A previous Review-Journal investigation showed the Alpine was the subject of repeated code enforcement inspections and failed fire inspections between 2013 and 2017 and had not been inspected by fire officials in the 32 months leading up to the December 2019 fire. The landlord of the property, Adolfo Orozco, and Malinda Mier, who has claimed co-ownership of the Alpine and whom prosecutors have called an “associate” of Orozco’s, face involuntary manslaughter charges.

The Review-Journal reported that in the years leading up to the fire, the Metropolitan Police Department repeatedly tried to shut down the property, but the city blocked any chronic-nuisance action.

Metro announced that it conducted a sweep of the property Thursday morning.

Las Vegas spokesman Jace Radke said a crew deployed by the city boarded up the windows of the property over the weekend as part of the municipality’s efforts to protect public safety at the Alpine.

“On Thursday afternoon the city was notified the building was open and accessible,” Radke said in an email. “Code Enforcement tried to contact the owner to secure, but ended up having a contractor secure the openings.”

Radke said “code staff are inspecting this property weekly if not daily to determine if it is open and accessible.”

“Staff checked the property Saturday and verified the front door was broken opened,” Radke continued. “A contractor is on their way (Monday) morning to secure.”

Orozco’s attorney, Dominic Gentile, said Monday that boarding up the building for security “is in everyone’s best interests.”

Neighbors of the Alpine, meanwhile, said more needs to be done to protect the building and deal with chronic homelessness downtown.

“Why do I care?” Cooper said. “Because I live in this area.”