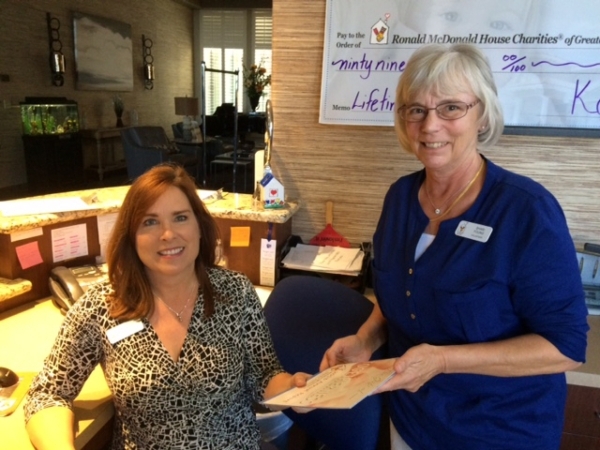 In a lengthy email responding to a Review-Journal story, McDonald said the Thursday resignation of Clark County GOP Chairman Ed Williams from the executive committee of the state party was “presumably motivated by the upcoming Nevada GOP Officer elections.”

The state chairmanship position of the party will be open for candidates at the state central committee meeting in Las Vegas planned for Nov. 14. McDonald is expected to seek another two-year term and at least one other candidate, Nick Phillips, who had served as political director for the Clark County Republican Party in 2013-15, is also running for the post.

The resignation could be seen as an effort to undermine McDonald’s chances at winning another term as chairman.

The dispute is just the latest turn in the ongoing internal division within the state Republican Party pitting anti-tax conservatives against their more moderate counterparts, including Gov. Brian Sandoval.

McDonald said Williams’ concerns expressed in his resignation letter are not accurate.

Among Williams’ concerns were that no minutes are kept of the executive committee meetings and there is no liability insurance coverage for members.

McDonald said Williams has been told many times that the Nevada GOP in fact does carry directors and officers insurance as any nonprofit organization should. But McDonald said “inside sources” have advised state party officials that the Clark County GOP has allowed its insurance to lapse and he asked why Williams would allow this to occur while questioning state party officials on the same issue.

McDonald also said the Nevada GOP is not a party to a lawsuit cited by Williams and so is not involved in the dispute despite concerns expressed by Williams.

The lawsuit in question involves a $2.2 million loan from Miracle Flights for Kids, a Las Vegas nonprofit, to Med Lien Management in 2013. McDonald was on the children’s charity board at the time and was a partner in the medical lien company, according to documents filed in a lawsuit and a federal bankruptcy proceeding. The loan went into default and is now at the center of a civil lawsuit filed on behalf of the charity. McDonald resigned from the charity last year and has denied influencing the loan.

In a letter accepting Williams’ resignation, the executive committee said the county chairman’s concerns would be discussed.

“It is unfortunate that you would choose to abandon your responsibility to your county but it is your right to do so,” the letter also said.

Williams said his resignation letter was intended to be internal only and not made public. The Review-Journal did not obtain the letter from Williams.

“I wanted to do the courtesy to my fellow members of informing them of the reasons for my departure,” he said in an email. “I hope that this will result in the remaining members getting the information they need to provide effective oversight of the state party.”

Clark County will continue to be represented at the state party level by Vice Chairman Steve Esh.