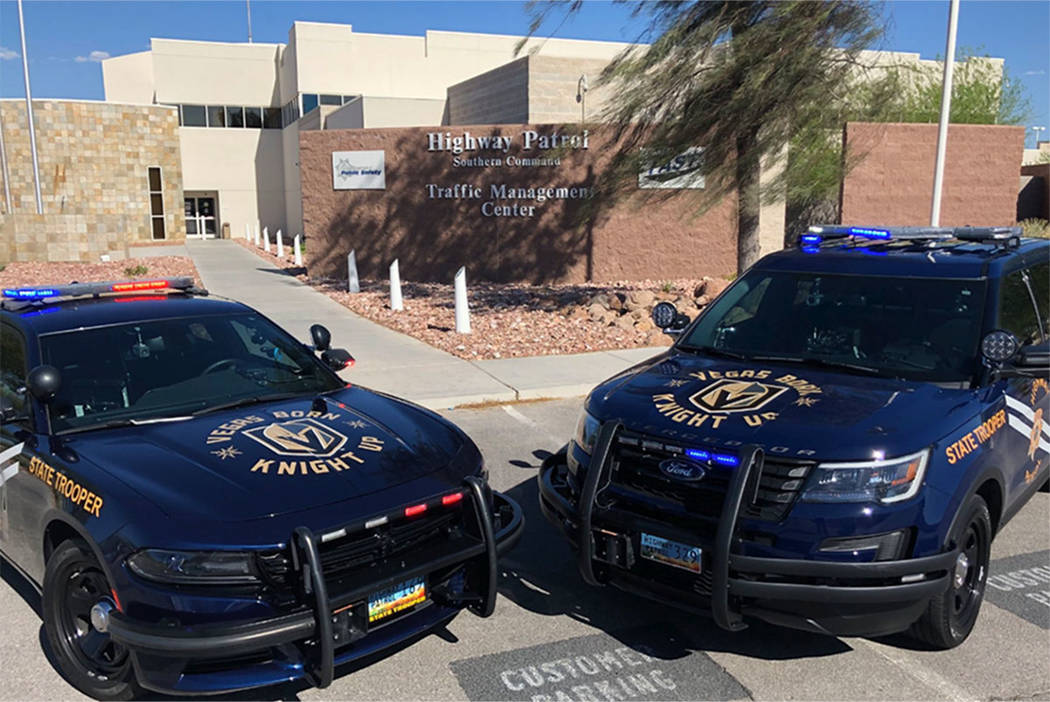 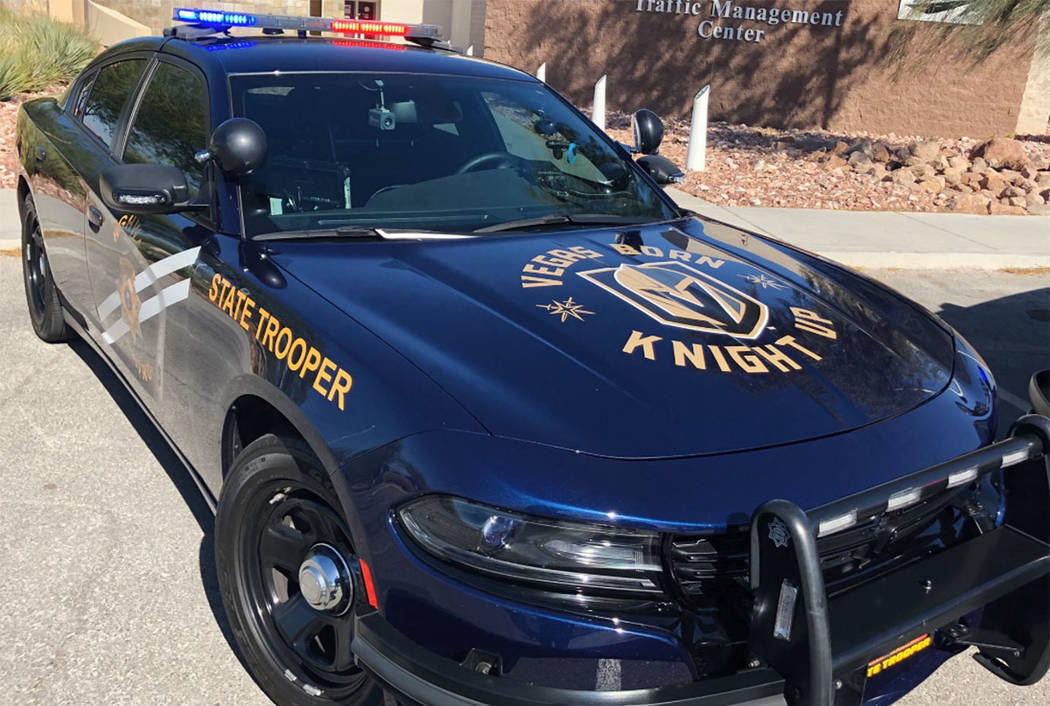 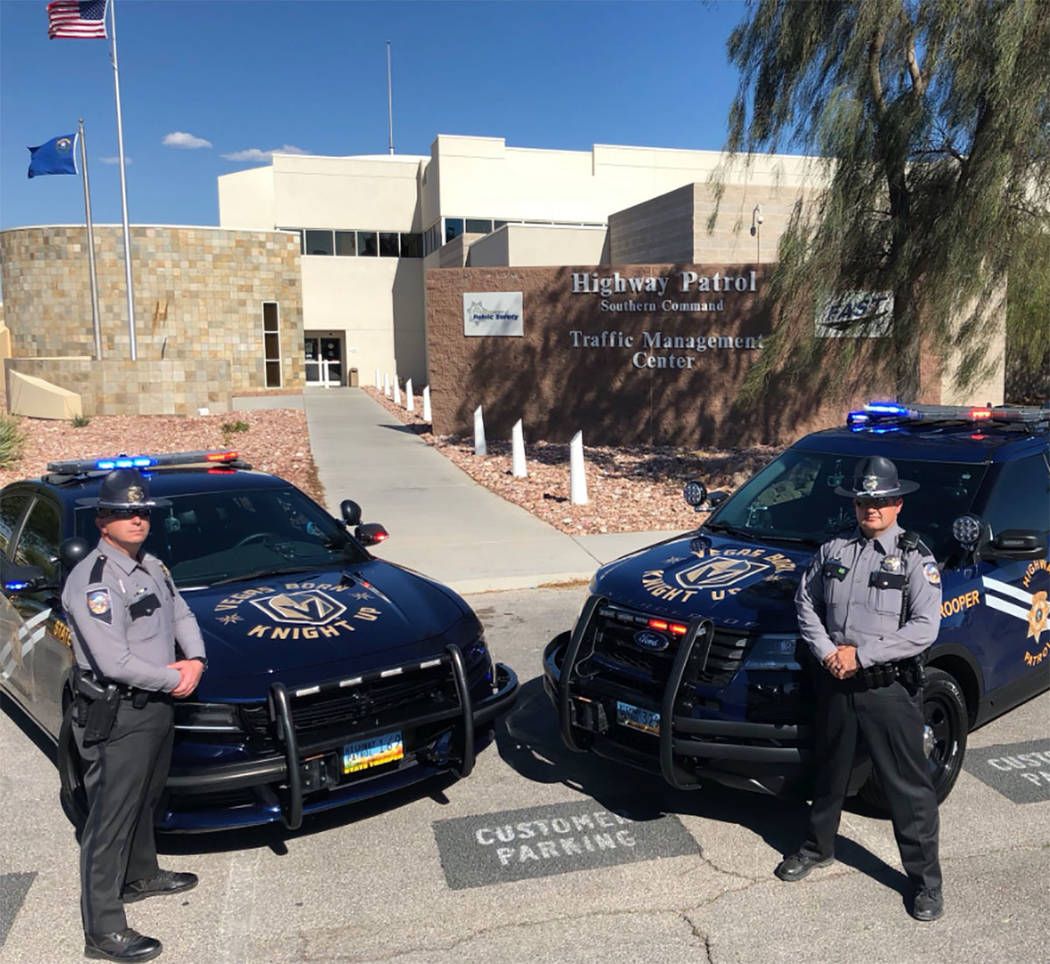 The Nevada Highway Patrol is “knighting” two of its cars to celebrate the Vegas Golden Knights.

NHP has replaced the Battle Born logo on the public information officer vehicles with a Knights image, according to a press release.

NHP says this is the first time the agency has displayed a sports team image on a marked patrol vehicle.

The Knights, in their first season in the NHL, are playing in the second round of the Stanley Cup playoffs. They beat the San Jose Sharks on Thursday in the first game of the seven-game series. The Knights have made history as an expansion team, winning 51 games and capturing the Pacific Division title. They beat the Los Angeles Kings in the first round in a four-game sweep.

Today NHP “Knighted Up” 2 patrol vehicles. The decals will be on the vehicles until the season comes to a close. #KnightUp #VegasBorn #VegasStrong #goknightsgo #squishthefish @GoldenKnights @barstoolsports @NHL @NHLonNBCSports @espn @CityOfLasVegas pic.twitter.com/YyiySHbU7p

NHP says the “Vegas Born” logos will stay on the patrol vehicles until the end of the playoffs. The vehicles will be on display at the Southern Command headquarters in Las Vegas (4615 West Sunset Road) and will be revealed at public events throughout the valley in the coming weeks.

A “Knight” Dodge Charger can be seen from 8 a.m. to 3 p.m. Saturday at The Orleans for the annual Touch-A-Truck event, said NHP’s Jason Buratczuk.

The owners of Patrick’s Signs in Las Vegas designed the logo and installed the decals on the vehicles free of charge, NHP said.