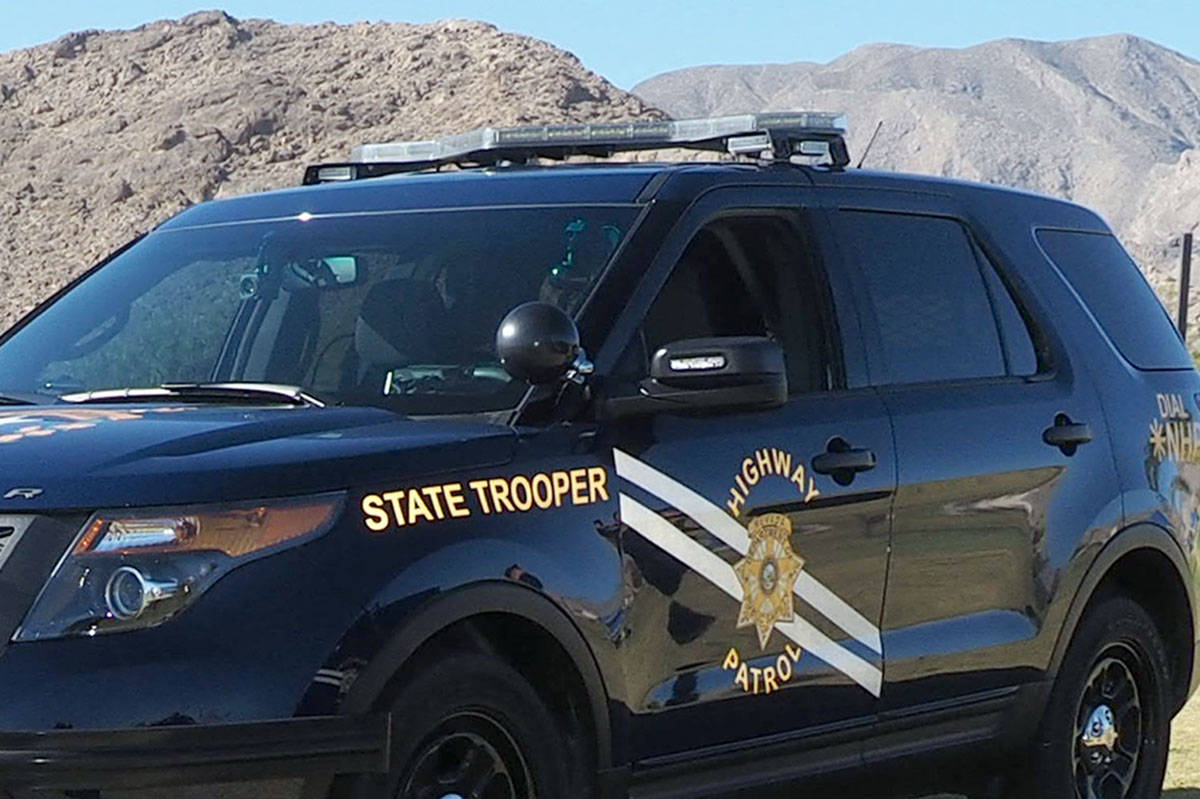 A Nevada Highway Patrol trooper “disregarded his own personal safety” to save a woman who had climbed over the fence on an overpass last week.

The Highway Patrol on Friday announced the rescue, which happened June 1 when troopers responded about 10:50 p.m. to a pedestrian “possibly suffering mental distress.”

The woman was on the outside of the fence of an overpass on U.S. Highway 95 and Russell Road, the Highway Patrol said in a news release. When trooper Rafael Rodriguez arrived at the scene, he began talking to the woman and later climbed the overpass fence.

When Henderson firefighters arrived, Rodriguez moved farther down the fence, at one point letting go with both hands to handcuff the woman to the fence, the Highway Patrol said. Firefighters then used a ladder to rescue the woman, who was taken to a local hospital.

“This is what I call above and beyond the call of duty,” Highway Patrol spokesman Jason Buratczuk said in the release. “Trooper Rodriguez disregarded his own personal safety to save a citizen of the community who he did not know.”

Dashcam footage released Friday showed Rodriguez stopping on the overpass bridge, with the woman clinging to the other side of a curved fence over the highway.

The footage also shows other officers helping Rodriguez climb over the curved fence, and him balancing on top of it as he inches closer to the woman.

“Don’t be sorry,” he told her before handcuffing her to the fence to keep her from falling.

“The female was clearly having one of the worst days of her life, suffering severe mental distress and Trooper Rodriguez decided to take immediate action to save her life,” Buratczuk said in the release.