A Nevada inmate died Wednesday of what corrections department officials only described as a “medical condition.”

Frank Ortiz, 45, died in the mental health medical unit of the Northern Nevada Correctional Center, officials said. He was convicted of sexual assault and was serving 10 years to life.

Joseph Soto-Leiva, 19, told police the family had denied him access to his child due to his “acting like a gangster and messing up,” a police report states. 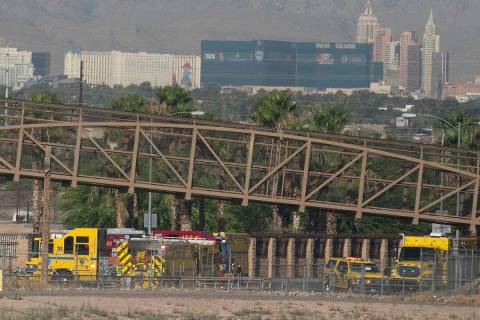 The Metropolitan Police Department is looking for three people involved in a string of robberies in which several cars have been stolen.

The Clark County coroner’s office ruled the death of the man hit by a train in May an accident.