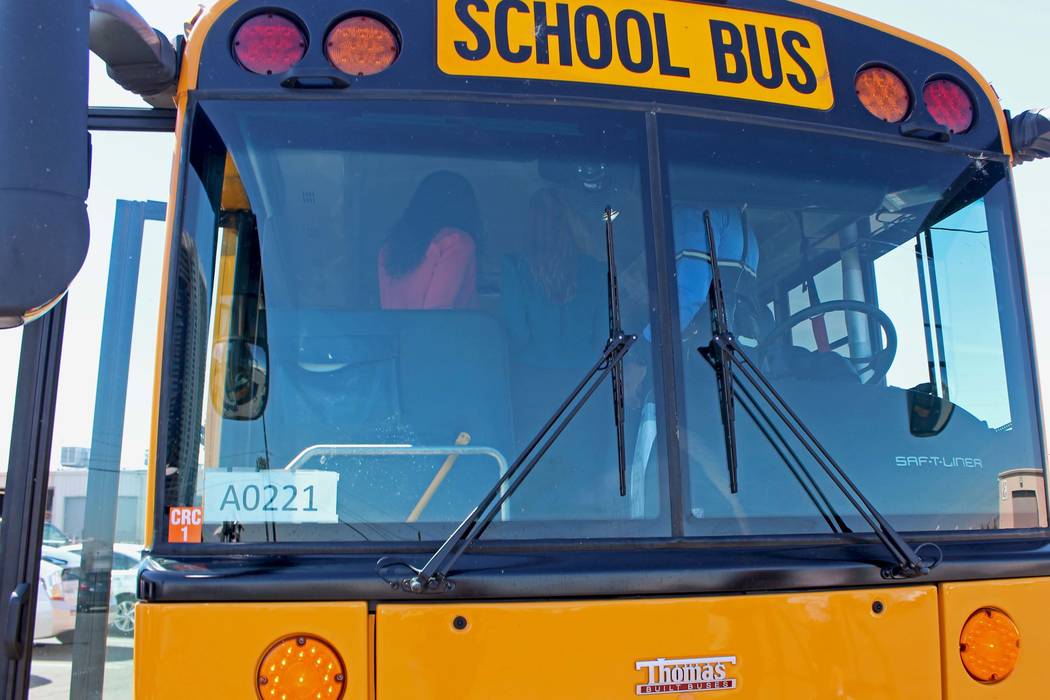 One person was arrested but no one was injured when a car collided with a school bus in the east Las Vegas Valley on Thursday morning.

Police received a call about 6:45 a.m. reporting the collision at Charleston Boulevard and Lamont Street, near Nellis Boulevard.

A person driving a gray car crossed the center line and crashed into a bus head-on, Metropolitan Police Department spokesman Jay Rivera said. The crash left the car partially under the bus, he said.

The car was carrying one passenger, Rivera said. There were no kids on the bus at the time, but there were adult passengers on board. Nobody in either vehicle was injured, he said.

The driver of the car was arrested on suspicion of drunk driving, Rivera said.