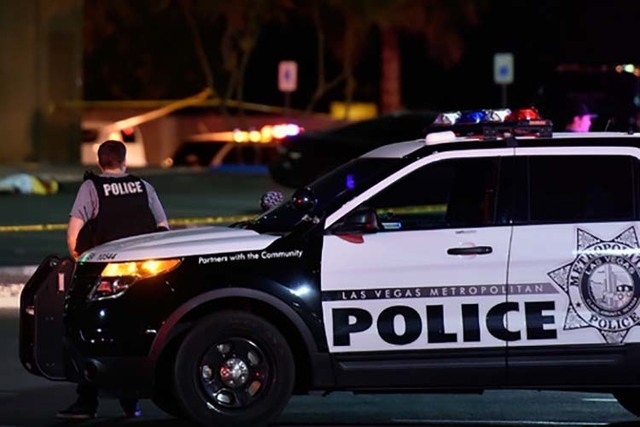 A North Las Vegas man is dead after crashing his car in a parking lot Sunday night and then collapsing moments later.

The crash happened about 9:30 p.m. in the parking lot of Target at 9725 S. Eastern Ave., near Silverado Ranch Boulevard, according to Las Vegas police.

The 31-year-old man drove a 2006 Cadillac through the parking lot when, for unknown reasons, it went onto a median curb near the exit to Silverado Ranch, police said.

The vehicle got stuck and four people attempted to help the driver free it from the median, but were unsuccessful. When the driver got out of the vehicle a few minutes later, he took a few steps and then collapsed.

The people called 911 and attempted CPR on the unconscious man until he was taken to St. Rose Dominican Hospital, Siena Campus. He was pronounced dead by medical personnel shortly after arrival, police said.

The Clark County coroner will identify the man and determine his cause and manner of death.