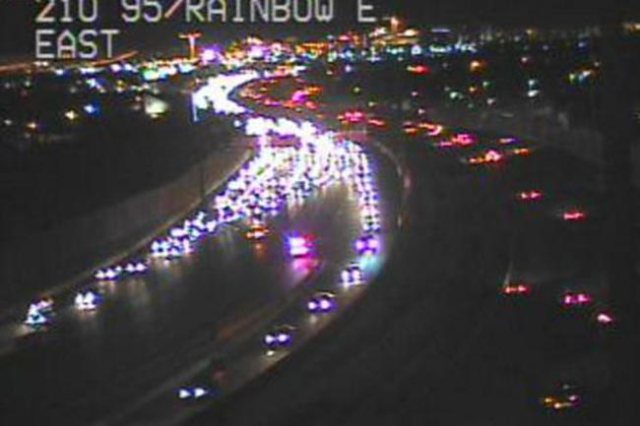 Northbound U.S Highway 95 has reopened at Rainbow Boulevard after a single-car crash closed it for about an hour, according to the Regional Transportation Commission of Southern Nevada.

First responders were called to the crash, north of the Summerlin Parkway exit, about 5:45 p.m.

A driver was thrown from a two-door Mercedes sedan after crashing into a wall, Nevada Highway Patrol trooper Chelsea Stuenkel said.

The driver was taken to University Medical Center, Stuenkel said. The driver’s medical condition was not immediately known.