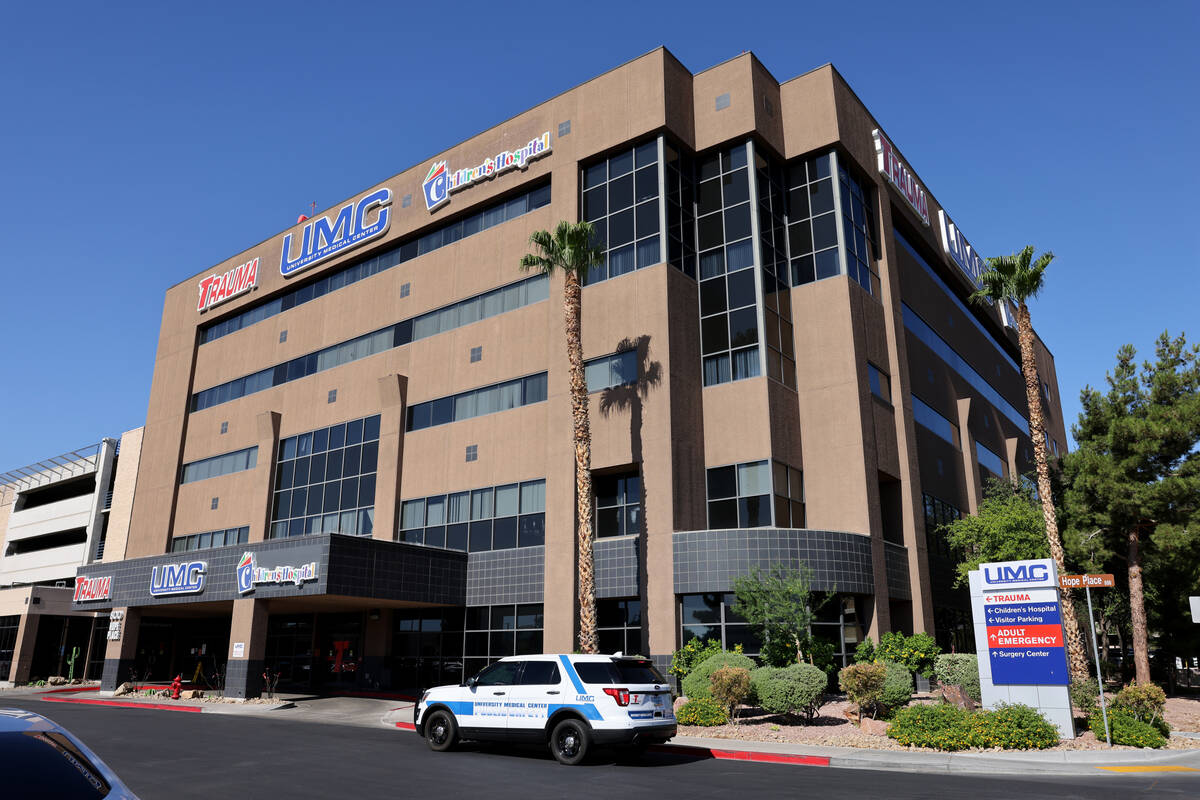 A Las Vegas nurse and self-described pagan has sued the hospital that fired her after it rejected her request for a religious exemption to its COVID-19 vaccination requirement.

Labor and delivery nurse Julia Kidd last week filed a federal lawsuit against University Medical Center alleging it had engaged in religious discrimination. The lawsuit claims she was fired in retaliation for requesting the exemption and for seeking redress through the Nevada Equal Rights Commission.

Kidd, who is 55, had been working at Clark County’s public hospital for 18 years when she requested a religious exemption from its mandate that employees be vaccinated against COVID-19. UMC denied her request, and when she continued to refuse to get vaccinated, fired her in January.

The nurse said she is a practitioner of paganism, an alternative nature-based religion. She described herself as a solitary practitioner whose spiritual practice centers on invocation and communing with nature.

She told the Review-Journal she follows the Wiccan Rede, an ethical code that states, “If it harm none, do what you will.” In an interview in January following her suspension, she said she did not see how being unvaccinated harmed anyone if she wore a mask and personal protective equipment (PPE) “to the nth degree” while taking other precautions such as washing her hands. She also said she was willing to be tested daily for COVID-19.

The message she got from the hospital was that “we don’t think that’s a valid belief, so it doesn’t matter,” she said on Saturday.

Kidd is not opposed to vaccinations in general but had qualms about the COVID-19 shots because they were so new.

UMC announced its requirement for COVID-19 vaccination in September of last year, ahead of implementation of a federal mandate. In January, the U.S. Supreme Court allowed the federal mandate for health care workers at facilities receiving Medicare and Medicaid funding.

The federal mandate went into effect in Nevada in February. It does not require that health care workers get booster shots.

UMC representative Scott Kerbs said on Friday the hospital does not comment on pending litigation.

In January, Kerbs told the Review-Journal that 97 percent of staff were vaccinated against COVID-19, and that fewer than 200 of the hospital’s 4,000 employees had requested either a medical or religious exemption.

At the time, he would not disclose how many requests had been denied, but said some employees got vaccinated after their exemption requests were rejected. Only a handful of employees had been suspended or terminated for failing to comply with the mandatory vaccination policy, he said.

Kidd said she knew of a former co-worker, a Christian, who had received a religious exemption after submitting a letter of explanation she wrote in conjunction with her pastor.

Federal guidance on whether to grant an exemption hinges on whether the employee has a “sincerely held religious belief” that prohibits vaccination.

Not qualifying as religious beliefs are objections “based on social, political, or personal preferences, or on nonreligious concerns about the possible effects of the vaccine,” according to the U.S. Equal Rights Commission.

Labor and employment attorney Scott Abbott, who is not involved in Kidd’s case, has found that employers may be dubious of requests for accommodation based on nontraditional religious beliefs with which they’re unfamiliar.

An employer needs to tread very carefully when an employee’s religious belief is out of the norm, “even if you don’t understand it and you might not agree with it,” said Abbott, managing partner of law firm Kamer Zucker Abbott.

An employer also may doubt an employee’s motivation considering the vocal opposition to the vaccines by activists for reasons that had nothing to do with religion, he said.

An employer has to balance the rights of the employee with “trying to manage and conduct their business in the safest manner possible,” including considering the well-being of patients. UMC may have determined that it has “a bigger concern about who she (Kidd) serves in her capacity as a labor and delivery nurse,” he said.

Kidd said she was out of work for about two months, losing income and benefits.

“I found it pretty darn stressful,” she said. “I didn’t want to be fired. I actually liked my position. I enjoyed my co-workers. I knew the flow over there.”

Kidd has since been hired as a labor and delivery nurse at another Las Vegas hospital that she did not name. Her new employer approved her request for a religious exemption after she filled out a short form and provided further explanation of her beliefs to the human resources department, she said.

Because she remains unvaccinated, she is required to always wear a mask, even in areas without patients, and to maintain a six-foot distance from others when feasible. Kidd, who has had two mild cases of COVID-19, said, ”If I were sick, I would have to stay home, obviously.”

Kidd’s lawsuit, which also lists the Clark County Board of Commissioners and its administrator as defendants, said that she has suffered “irreparable injuries and deprivation of income in the form of wages and prospective benefits, promotion opportunities and job assignments due to her as an employee, and emotional pain and suffering, mental anguish, humiliation, embarrassment, indignity, and other intangible injuries in an amount to be proven at trial.”

The Nevada Equal Rights Commission did not find probable cause that the law was broken, the determination in the vast majority of cases, said Trevor Hatfield, Kidd’s attorney. It issued her a right to sue, allowing the lawsuit to move forward.

Reports are not widespread of lawsuits by health care workers in connection with COVID-19 vaccination requirements. However, there’s been considerable pushback against the federal mandate. Last month, a coalition of 22 states filed a petition seeking its repeal. Nevada is not part of the coalition, which is being led by Montana’s attorney general.

The petition, filed under the Administrative Procedures Act, calls on the U.S. Department of Health and Human Services and the Centers for Medicare and Medicaid Services (CMS) to withdraw the mandate. The mandate, the coalition said, has violated the rights of health care workers and worsened staffing shortages.

In a news release, Montana Attorney General Austin Knudsen did not mince words: “The Biden administration should have never imposed this mandate, and CMS should now throw it in the trash bin where it belongs.”