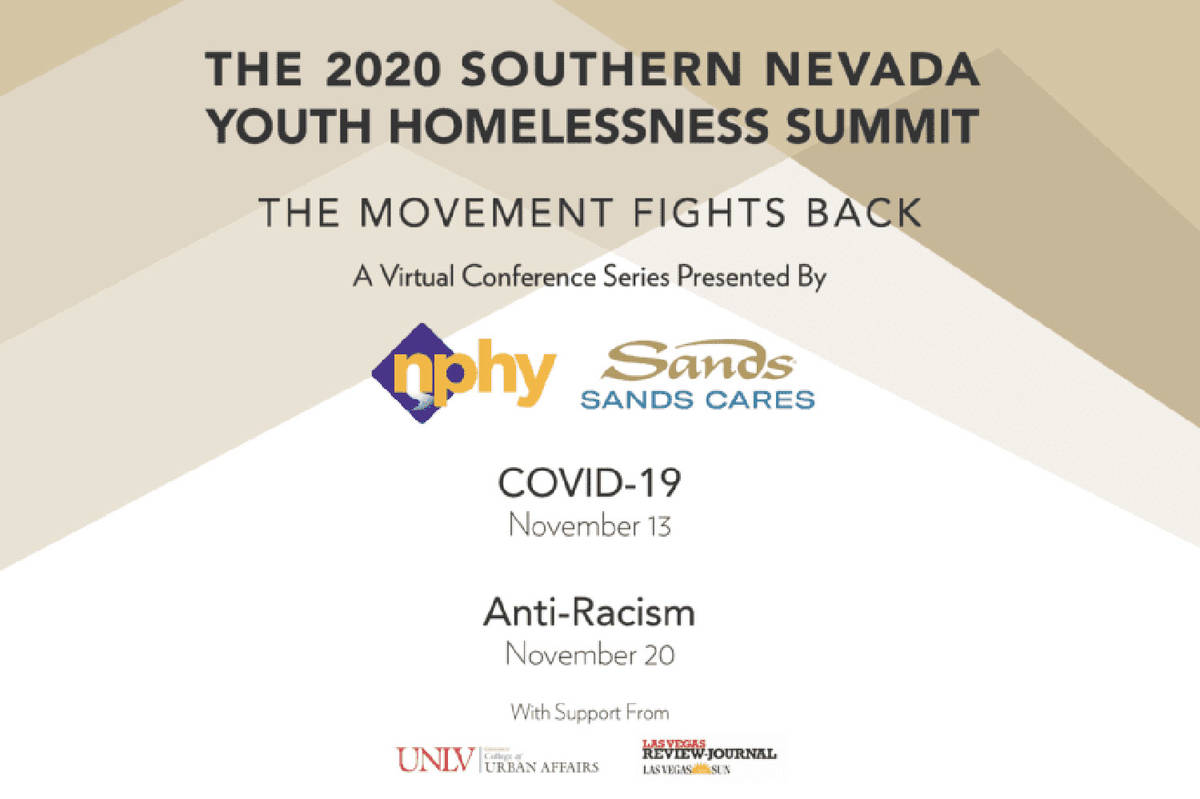 A two-hour virtual panel Friday — part of the Southern Nevada Youth Homelessness Summit — focused on the impact of systemic racism in the fight to end youth homelessness.

Systemic racism has always been one of the primary causes of youth homelessness locally and around the country, said Arash Ghafoori, executive director of the Nevada Partnership for Homeless Youth.

In 2017, 52 percent of homeless youth in Southern Nevada identified as Black and 17 percent as Hispanic or Latino. Poverty alone, Ghafoori said, doesn’t explain the inequity.

The fourth annual Southern Nevada Youth Homelessness Summit began Nov. 13 with a panel that included four formerly homeless youth sharing their stories and how the COVID-19 pandemic has impacted them.

Panelists addressed questions such as how systemic racism has affected their lives, whose responsibility it is to dismantle it, and what efforts to address youth homelessness often miss.

She said she thinks gentrification — and rents going up as a result — accounts for much of the reason Black and brown people end up homeless and are pushed out of communities. Hall also said she wanted to talk about “how systemic racism conditions you from birth.”

Dones said there’s a better shot at predicting whether someone will experience homelessness by looking at race and ethnic identity rather than income. The core driver, Dones said, isn’t the economics themselves, but rather, racist systems and principles.

The majority of people experiencing deep poverty in the United States — those making $12,000 a year or less for a family — are “majority white and that has been the case for a long time,” Dones said.

At the end of the discussion, Ghafoori said organizers expected the panel to be uncomfortable for most everyone but he noted it’s necessary to have candid conversations. He asked attendees to keep an open mind and heart, and to think about how the panelists’ insights might apply to themselves and their organizations.