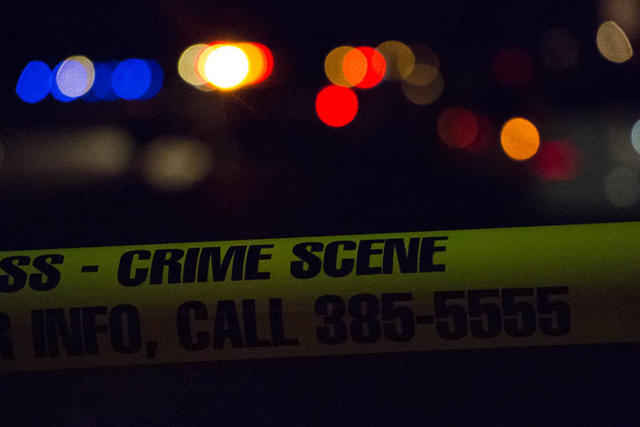 One person is left with life-threatening injuries after an auto-pedestrian accident Friday night, according to Las Vegas police.

A 2012 Ford Fiesta was traveling northbound on Pecos Road near 11:15 p.m., approaching the intersection with Rawhide Street, when the front of the Ford hit a pedestrian crossing Pecos outside of a marked crosswalk in the outside northbound travel lane, police said.

The pedestrian was thrown forward and landed near the east curb. The driver immediatley stopped his vehicle, police said.

The driver of a Toyota Camry, who was traveling behind the Ford, avoided striking the pedestrian but hit the rear of the Ford. Both drivers remained at the scene and did not show any signs of impairment, according to police.

The pedestrian was taken to Sunrise Hospital with life-threatening injuries. The collision and the identity of the pedestrian remain under investigation.