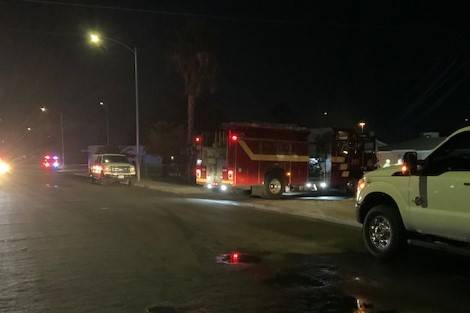 A person was found dead in a burning pickup truck Sunday night in the central valley, a fire official said.

Firefighters responded to a “heavily involved” vehicle fire in the 200 block of W. Monroe Ave. at 7:46 p.m., said Tim Szymanski of Las Vegas Fire & Rescue in a statement.

When firefighters arrived, a lot of flames were showing from the truck. After the fire was extinguished, the body of a person was found in the front of the truck.

NEWS – Video clip of fire scene if you want for a VO #PIO1NEWS pic.twitter.com/SJB2J062ej