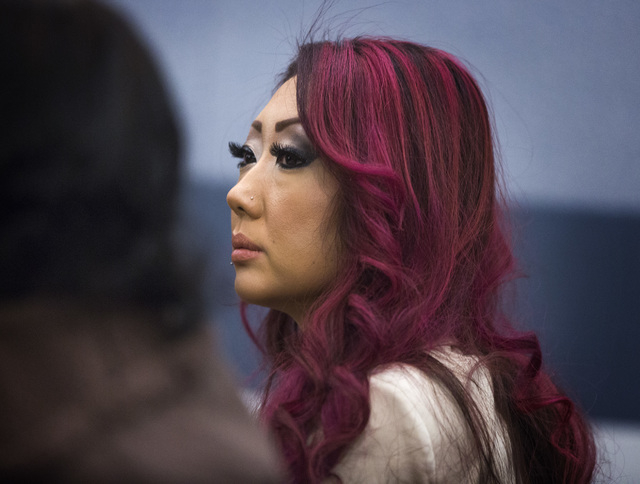 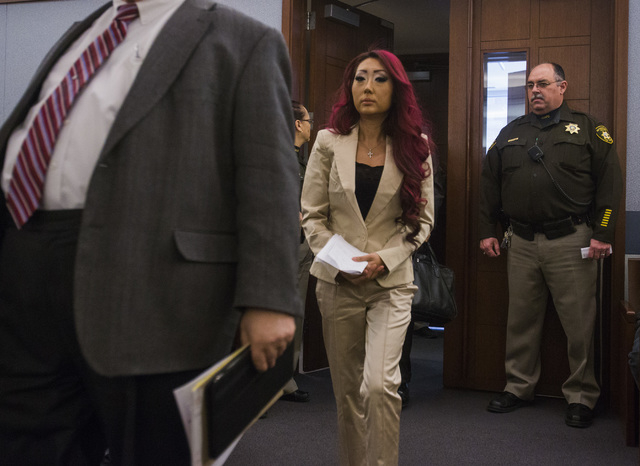 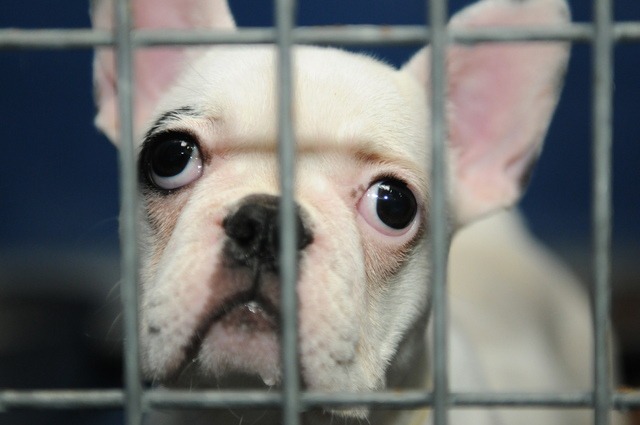 A French bulldog is seen inside his cage at Lied Animal Shelter in Las Vegas Friday, Feb. 28, 2014. A total of 27 puppies were rescued and taken to the shelter where they have being taken care of for the last month pending a Clark County arson investigation. (Erik Verduzco/Las Vegas Review/Journal) 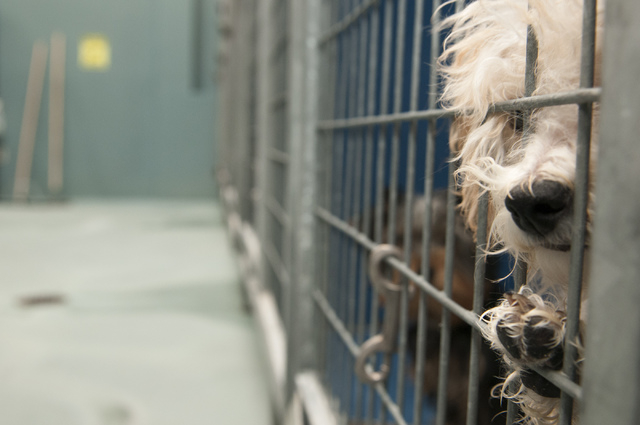 A puppy looks out of his cage at Lied Animal Shelter in Las Vegas where a total of 27 small breed puppies were taken to after a pet shop arson, Monday, Feb. 3, 2014. (Erik Verduzco/Las Vegas Review/Journal)

Gloria Lee pleaded not guilty Wednesday to insurance fraud charges, Clark County records show. Lee is accused of arson in a fire at a Las Vegas pet store she owns, where 27 dogs were rescued from their cages.

Lee, 35, was indicted by a grand jury earlier this month on the three additional charges, including arson with intent to defraud an insurer, insurance fraud and attempted theft, after authorities said she made a claim with her insurance company following the January blaze at the Prince and Princess Pet Boutique in Las Vegas.

Lee and fledgling boxer Kirk Bills, 27, already have pleaded not guilty to 31 charges, including 27 counts of attempted animal cruelty.

A trial is set for July 14 before Judge David Barker.

Lee made a claim for more than $3,500 with the Hartford Insurance Co. after the Jan. 27 fire, according to the indictment.

Surveillance video from the pet shop shows a woman letting a man with dreadlocks and wearing a hood into the shop. The man then tried to start a fire using kerosene and gasoline splashed onto the animal cages. The woman is seen removing documents from the business and helping the hooded man by collecting the empty fuel cans before the fire was set.

Prosecutors say the man and woman in the video are Bills and Lee.

The blaze was quickly extinguished by a sprinkler system in the store, and the dogs survived unharmed.

Lee later told investigators that she was forced at gunpoint to let the man into the store, and she said her estranged husband, Donald Thompson, was behind the arson, according to grand jury testimony.

But authorities didn’t believe her because they say she appeared to be working with the man in the video.

Bills’ defense lawyer has said that the video is dark and it’s unclear who the man is in the video.

The county took charge of the 27 dogs, which included 25 puppies, after the January arson at the Prince and Princess Pet Boutique. The Animal Foundation adopted out the young dogs via the Arson Puppy Adoption Drawing, which sold $250 raffle tickets.

The two adult dogs are in foster care through the animal rescue A Home 4 Spot.