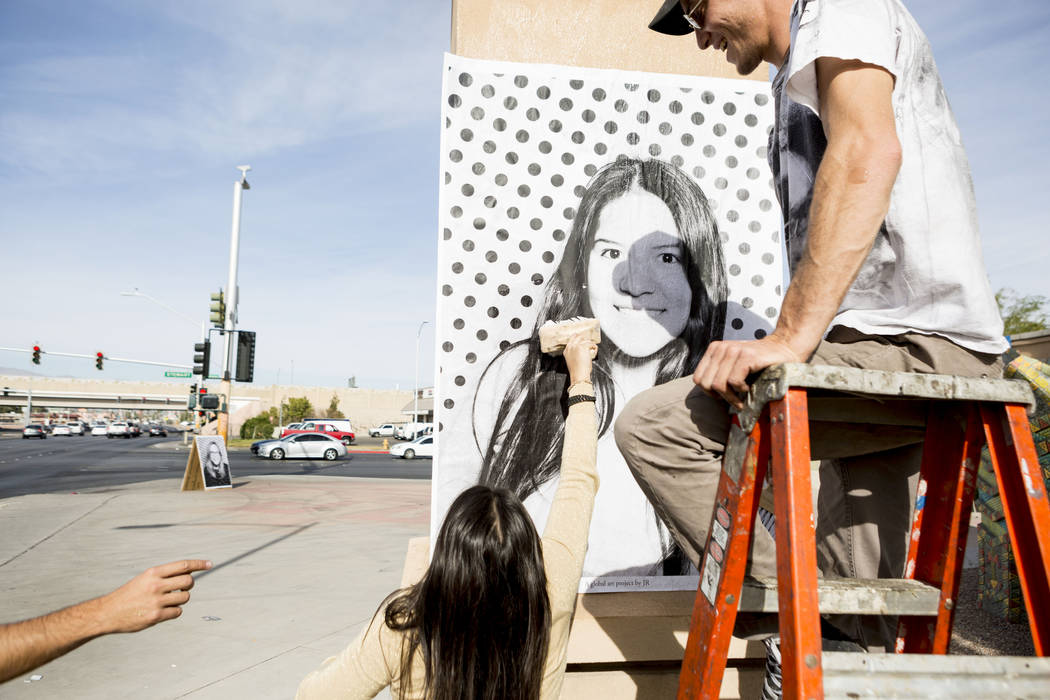 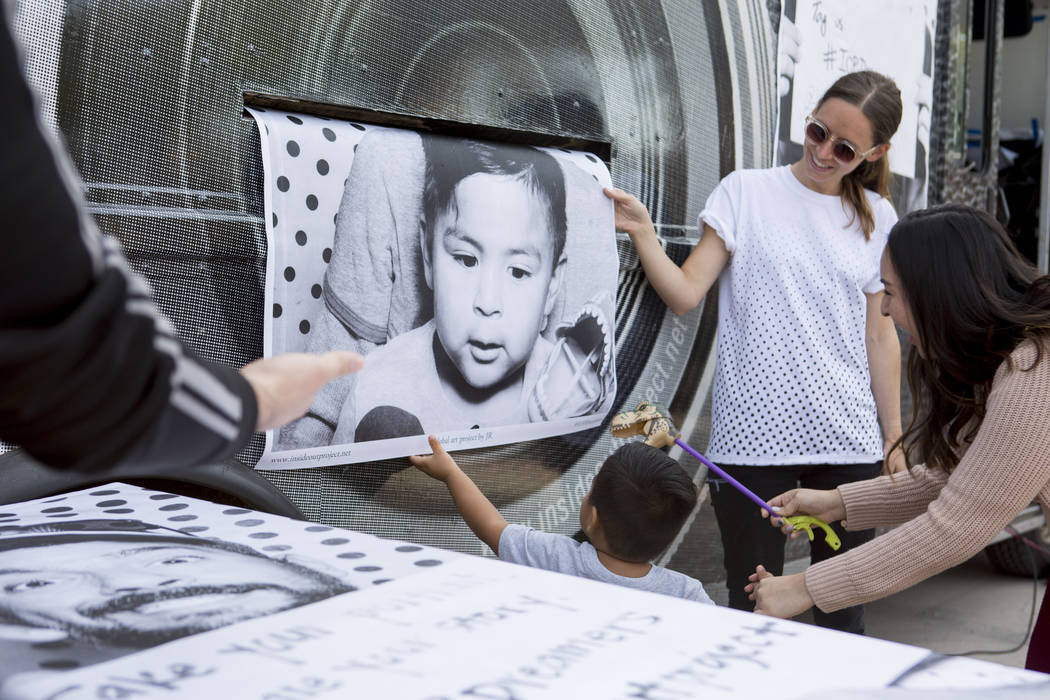 Noah, 2, center, reaches for a large scale print of himself from the Inside Out Project truck that stopped at the East Las Vegas Community Center in Las Vegas to celebrate DACA recipients Monday, Nov. 13, 2017. Elizabeth Brumley Las Vegas Review-Journal @EliPagePhoto 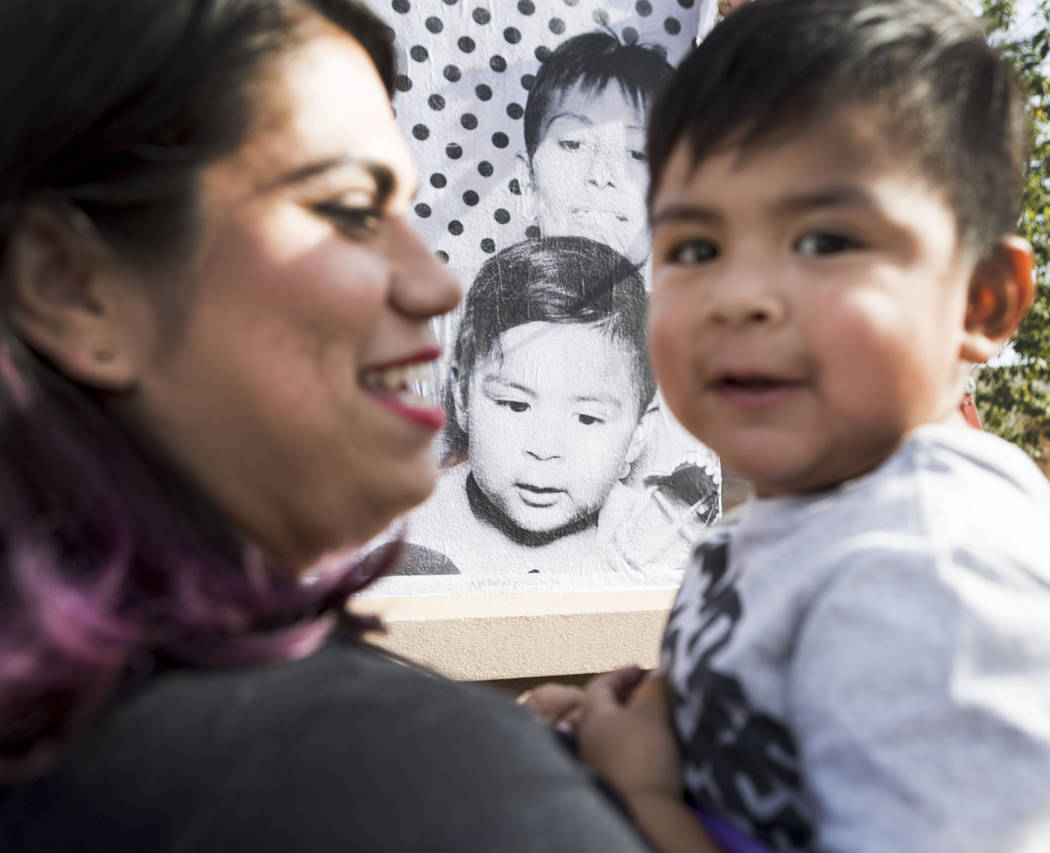 Astrid Silva, left, holds her nephew Noah, 2, in front of a large scale print portrait of himself taken from the Inside Out Project truck that stopped at the East Las Vegas Community Center in Las Vegas to celebrate DACA recipients Monday, Nov. 13, 2017. Elizabeth Brumley Las Vegas Review-Journal @EliPagePhoto 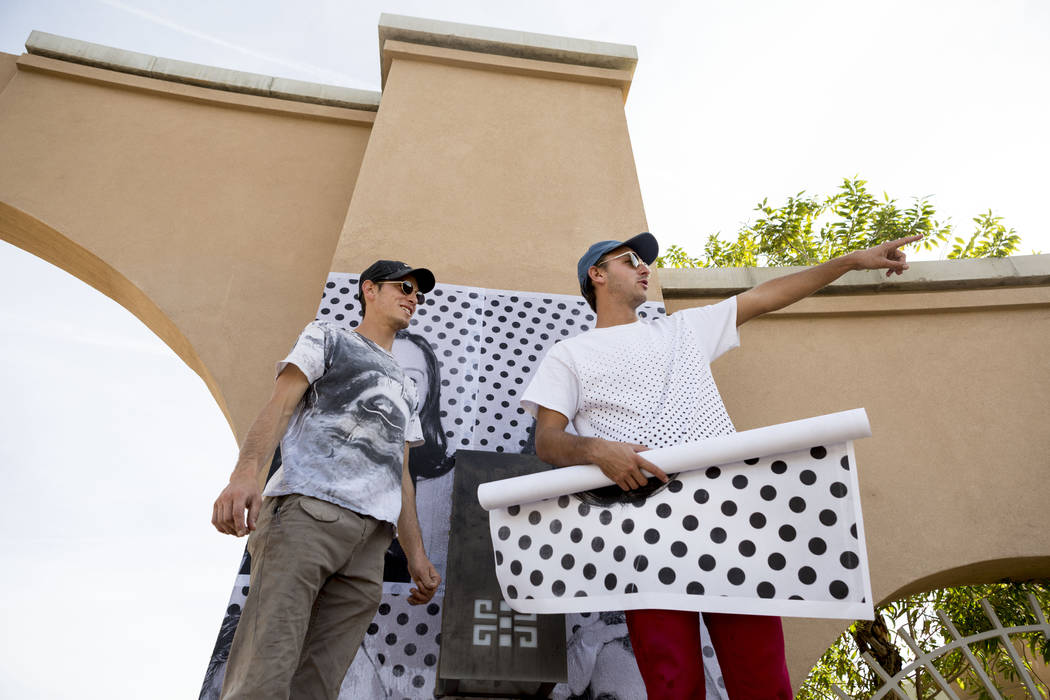 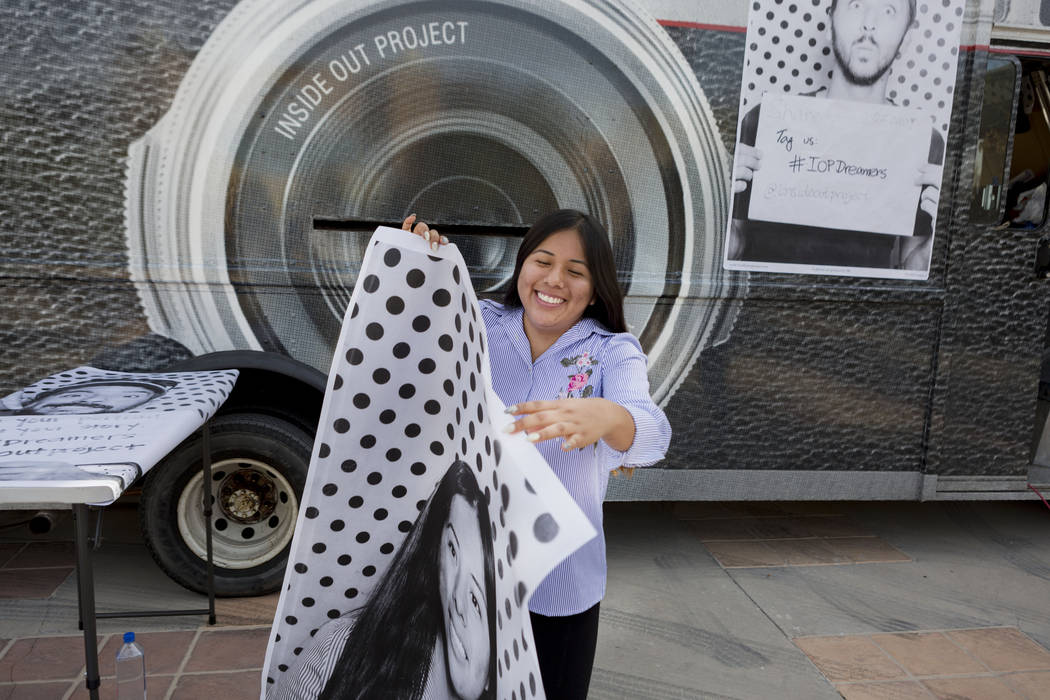 Michelle Martin, 20, holds a large print of herself that will be pasted apart of the Inside Out Project for Dreamers at the East Las Vegas Community Center in Las Vegas, Monday, Nov. 13, 2017. Elizabeth Brumley Las Vegas Review-Journal @EliPagePhoto 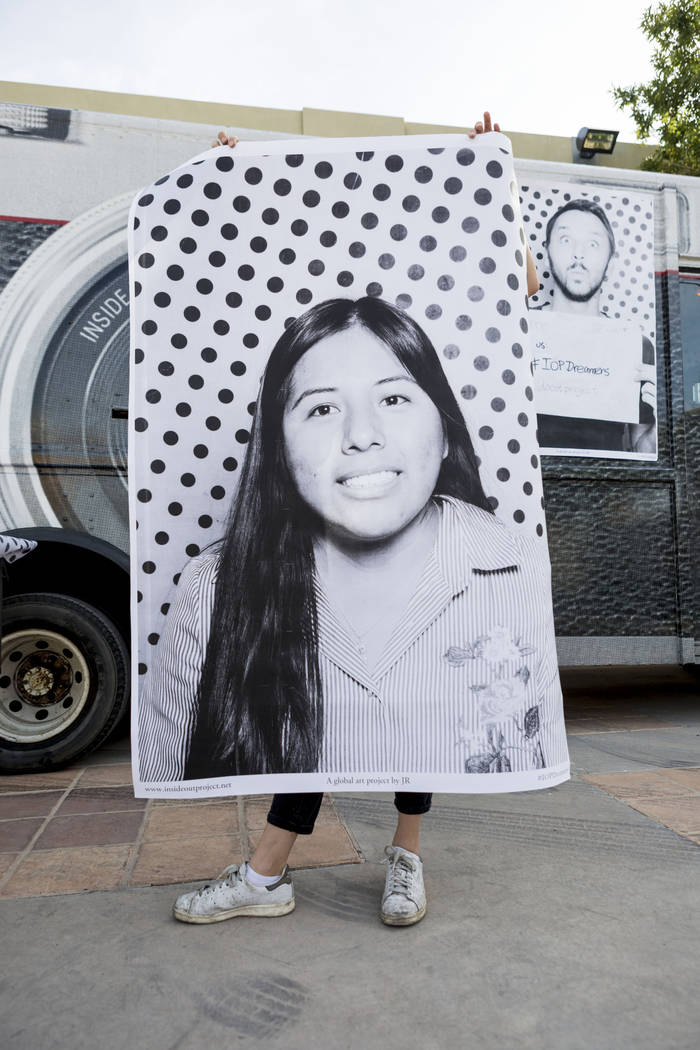 A print of Michelle Martin, 20, is held outside of the Inside Out Project truck at an event for DACA recipients, Dreamers, at the East Las Vegas Community Center in Las Vegas, Monday, Nov. 13, 2017. Elizabeth Brumley Las Vegas Review-Journal @EliPagePhoto 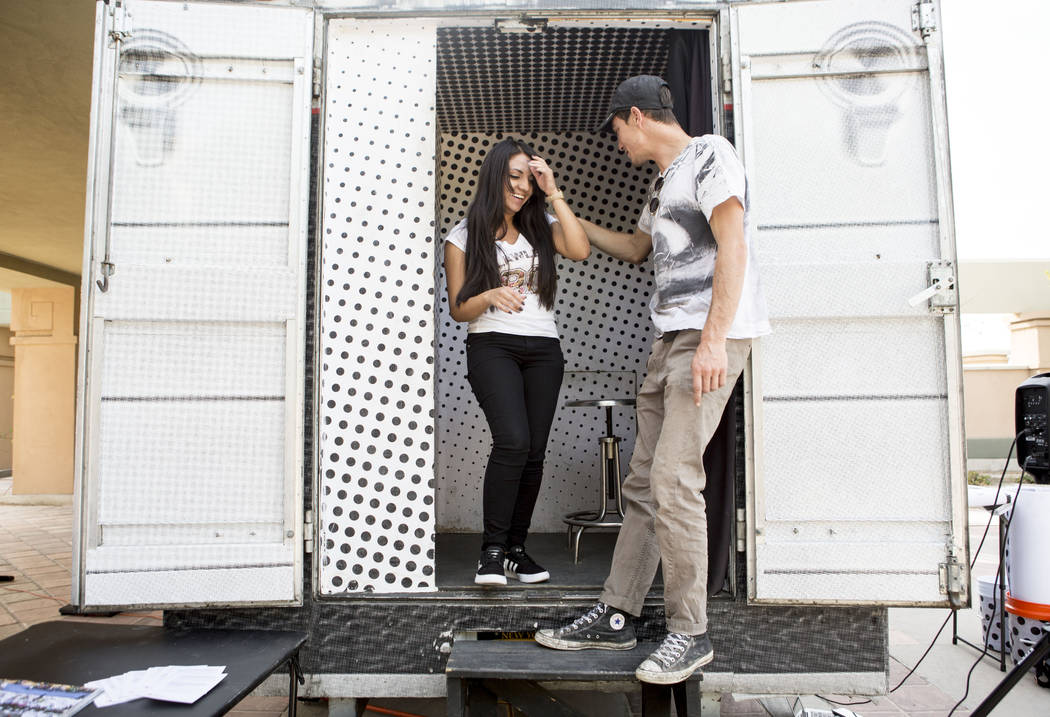 The oversized faces of undocumented Las Vegans and their supporters now adorn the side of a local building as part of an art project aimed at bringing awareness to immigration reform issues.

“Inside Out: Dreamers” is part of a national campaign that is sending mobile photo booths in buses to 30 cities across the country to photograph undocumented people on 36-by-53-inch posters and hang the pictures on building exteriors.

The bus set up shop Monday at the East Las Vegas Community Center, where about 45 people participated in the event. After posing for photos in the booths, their images were hung on the exterior of the center.

“The whole purpose is that we’re trying to create, through these pictures, an accurate portrait of America, and that’s one that includes Dreamers and immigrants,” said project spokesperson Paola Ramos.

The project, a collaboration between French artist JR and national advocacy group Emerson Collective, was conceived after President Donald Trump rescinded the Deferred Action for Childhood Arrivals program in September. The program, established in 2012 by former President Barack Obama, provided protection from deportation and work authorization for about 800,000 so-called “Dreamers,” a term based on the never-passed proposals in Congress called the DREAM Act that would have provided similar protections for young immigrants.

Along with representatives from Inside Out, local advocates and DACA participants joined together for a Monday press conference introducing the project.

“We’re trying to let residents know the faces behind Dreamers,” Ramos said. “To me, there’s nothing more brave than literally pasting a face in the public in a city where you and your families are at risk.”

The team stayed until 5 p.m. at the East Las Vegas Community Center Monday and planned to camp out at Nevada State College on Tuesday and decorate a building there before heading to Carson City and Reno on Thursday and Friday, respectively.

As a DACA participant who grew up on the city’s east side, Erika Castro, a senior organizer for the Progressive Leadership Alliance of Nevada, said it’s special to see a supportive gesture in an area she calls home.

“It’s showing that the community is not hiding,” she said.

The photographs, black-and-white with polka dot backgrounds, will hang outside the community center until staffers decide to take them down.

In Ramos’ experience, that’s been anywhere from a couple weeks to six months. 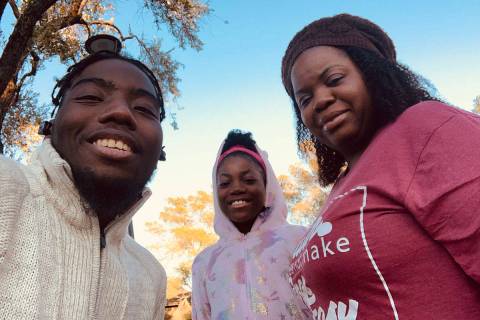 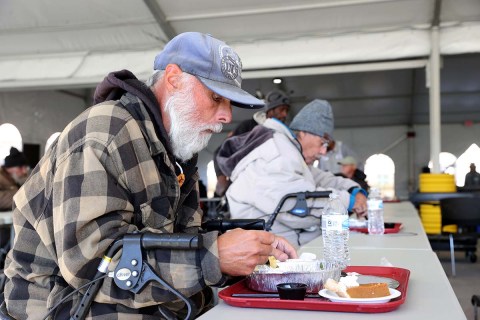 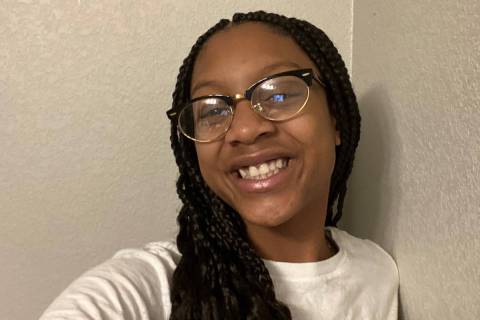 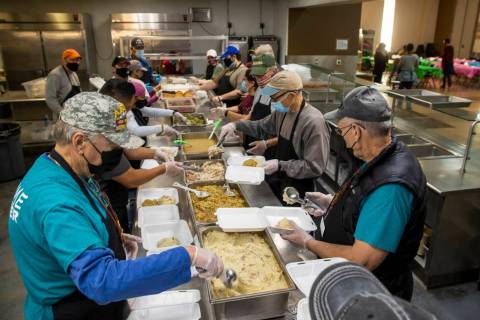