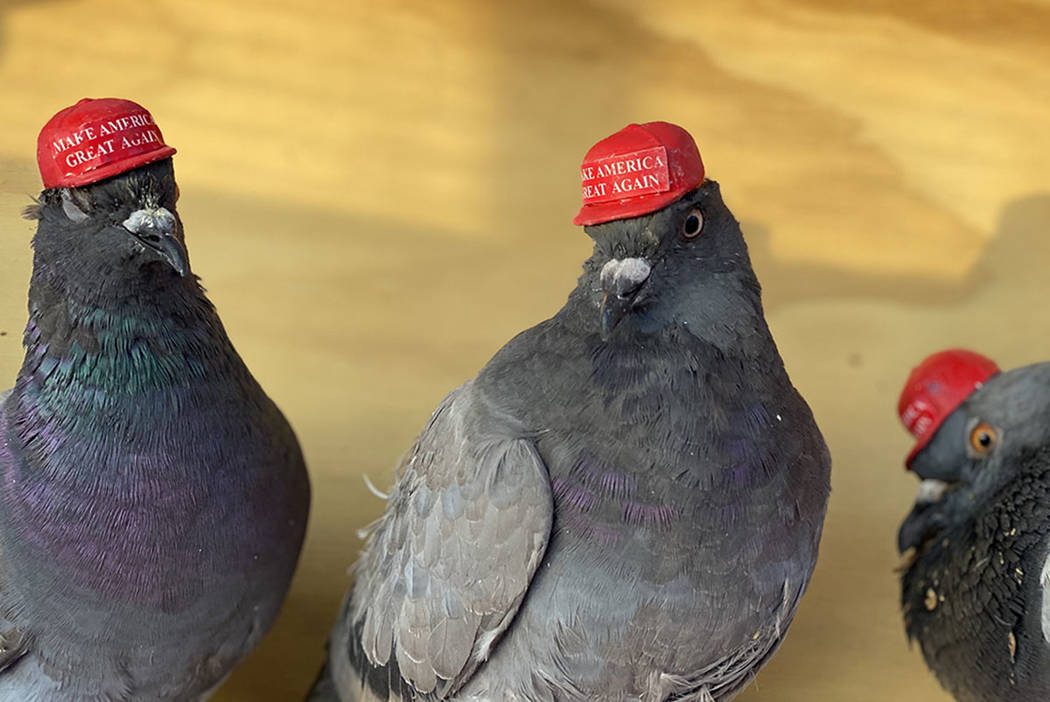 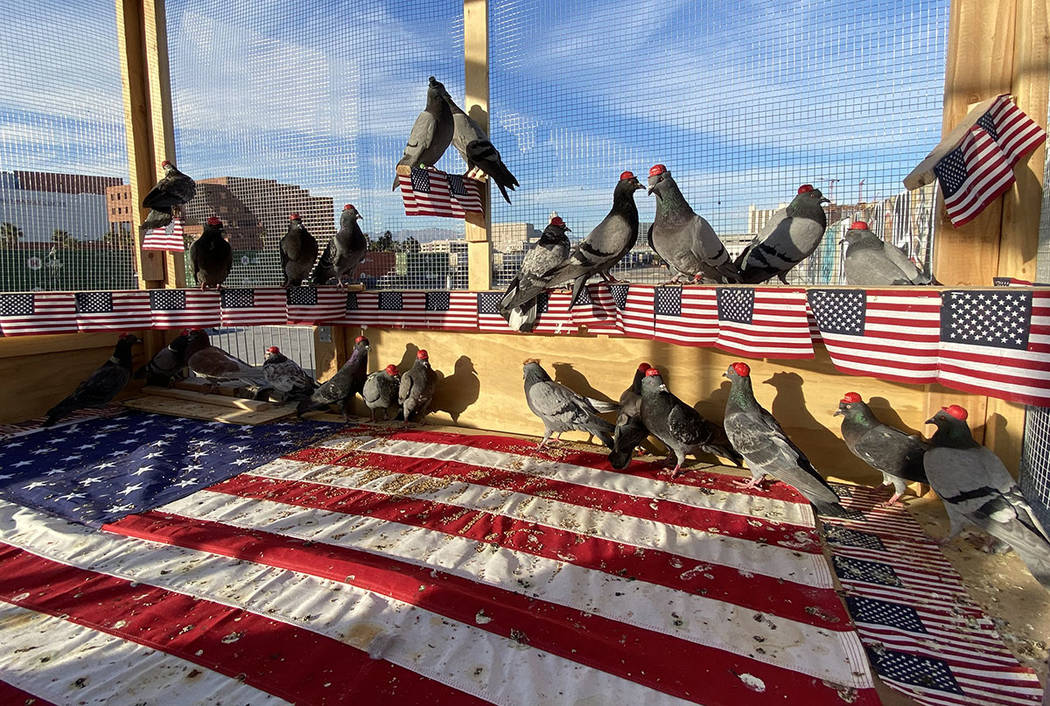 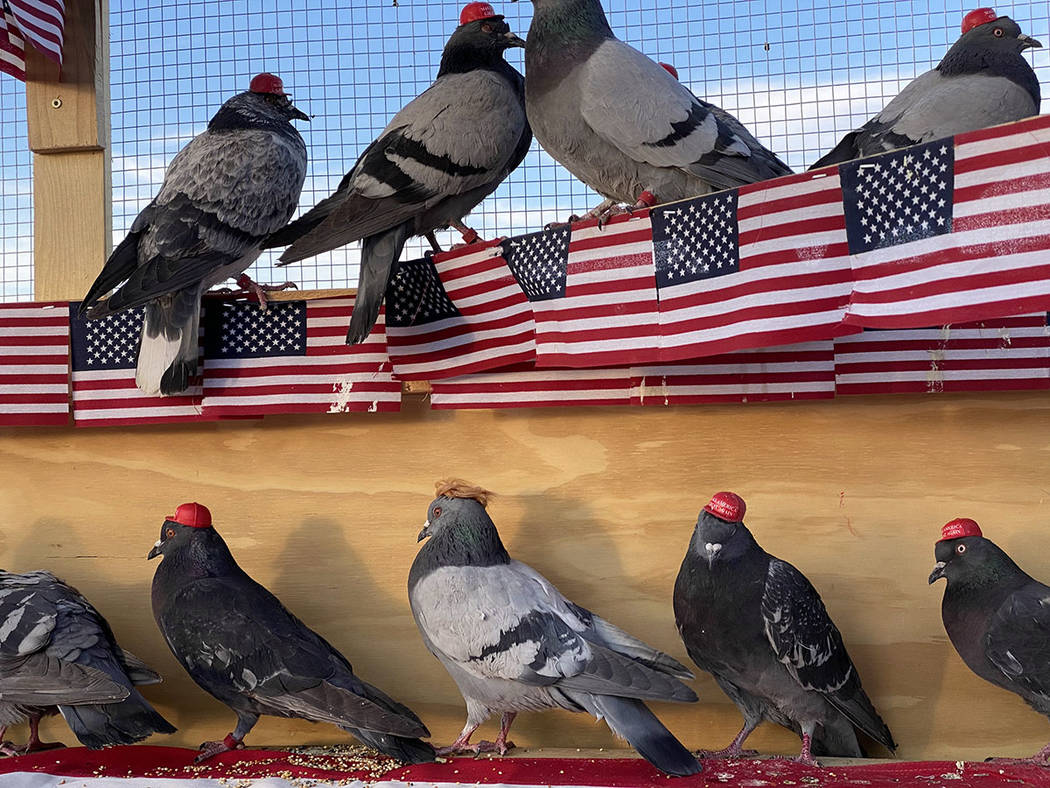 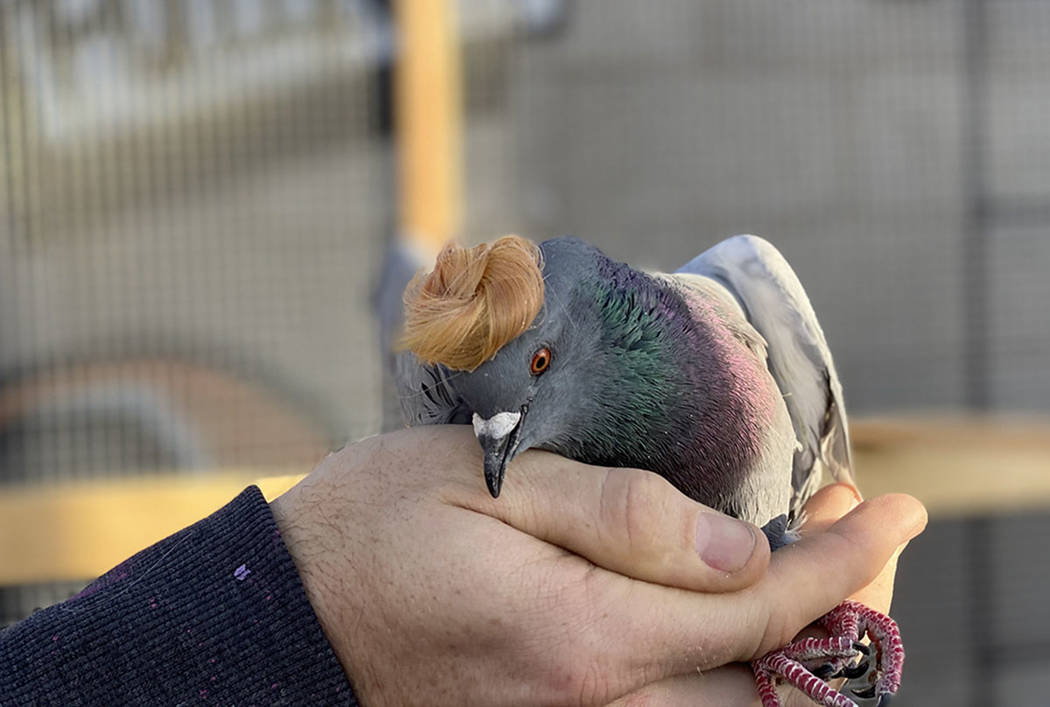 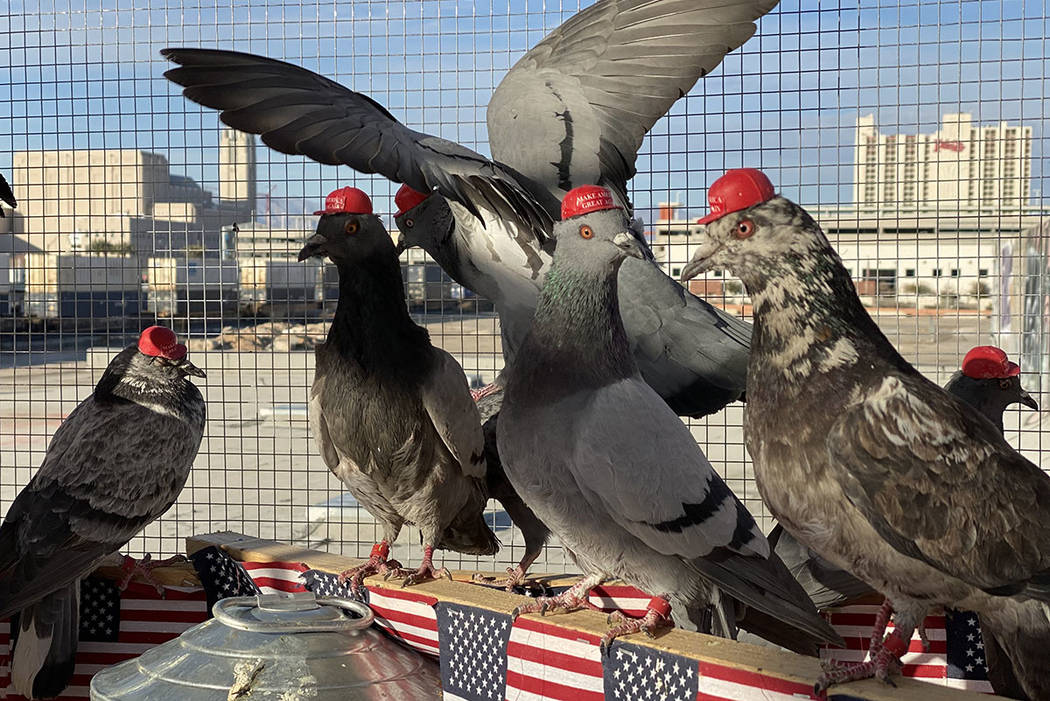 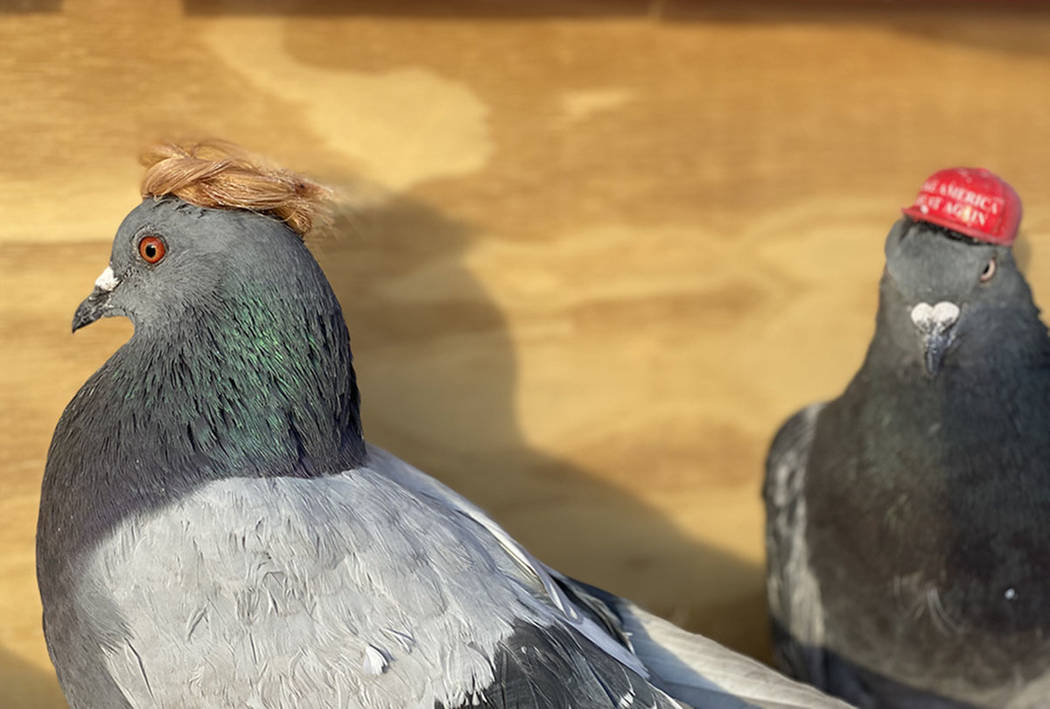 The birds were released ahead of Trump’s arrival in Las Vegas on Tuesday night by a self-proclaimed “underground radical group” that agreed to speak with the Review-Journal and show the pigeons on the condition that individual members not be identified.

The group, which goes by the acronym P.U.T.I.N. (Pigeons, United To Interfere Now), said its mission was inspired by the Cold War 1970s Operation Tacana, in which the CIA tested the use of pigeons equipped with cameras to spy on Soviet targets.

The pigeon release was done as an “aerial protest piece in response to the arrival of the 2020 Democratic debate,” the group said. Six Democratic presidential candidates will debate Wednesday night in Las Vegas.

“The release date was also coordinated to serve as a gesture of support and loyalty to President Trump,” said a group member who goes by the alias Coo Hand Luke.

Members said they wanted anonymity because “P.U.T.I.N. values its cause over celebrity. The aim of this project is to draw attention to the art and the message, not those behind it.”

Asked whether their stunt was more prank than art, the group members said it’s mostly satire.

The project was carried out after months of extensive research and caretaking of the pigeons, the group said.

A pigeon coop was built in an undisclosed location in Las Vegas where the birds were fed, bathed and cared for, as many of them were found covered in oil, the group said.

“We wash them with Dove (detergent) and get the grease off that usually accumulates from being underneath cars or near grease traps at restaurants while they’re looking for food,” the group said. “A lot of the time they are found with stringfoot, and we nurse them back to health. A lot of them are malnourished, and we feed them a variety of seeds.”

Stringfoot is a condition in which string becomes wrapped around a bird’s leg, causing the foot to lose circulation.

The hats and hairpiece were attached to the pigeons’ heads using eyelash glue, which is used daily by people, the group noted.

“It’s what women use to put around their eyes for eyelash extensions. The hats usually stay on for a day or two, depending on the bird’s movements,” Luke said. “We can also remove them ourselves as they fly back to the coop. They could be gone for a day, two days or a week, but they always come back.”

To those who would complain of animal cruelty, Luke said, “I don’t see the difference between this or people dressing up their dogs or cats.”

In January, the sighting of a pigeon wearing a small sombrero was reported in Reno. The group did not claim credit for the previous placement of hats on pigeons.

The group also said Tuesday that it wanted to shed light on the plight of pigeons, which are often viewed as a nuisance.

“Throughout pop culture history, there’ve been cartoon characters like Mickey Mouse and Ratatouille, a mouse and a rat,” it said. “Pigeons are commonly known as rats with wings, but they’re smart animals with the ability to find their loft from thousands of miles away, and (they) are fast. They often outmaneuver prey birds like hawks.”