A man Metro said was shot by a dental office employee two weeks ago in a thwarted robbery that left a masked woman dead has been arrested, police say.

Mario Chism, 43, was arrested Wednesday afternoon at a North Las Vegas residence without incident. He was suffering from a gunshot wound to a foot, Metro said in a news release.

The dental office, located at 2801 West Charleston Blvd., was about to close the evening of Dec. 16, when Chism and Veronica Clay, 45, forced their way into the office and held a patient and an employee at gunpoint while they asked for money, police said. Chism was armed and pistol-whipped a doctor, police said

The office employee was able to go outside to grab a gun from his vehicle and confront the masked couple as they were descending some stairs, police said. He shot Clay, and police said they believe he shot Chism, too.

Chism was booked into the Clark County Detention Center and is facing burglary, robbery, battery and kidnapping charges, logs show.

Anyone with any information about this event can contact the homicide section at 702-828-3521 or homicide@lvmpd.com. To remain anonymous, contact Crime Stoppers at 702-385-5555 or www.crimestoppersofnv.com. Tips leading directly to an arrest or indictment processed through Crime Stoppers may be eligible for a cash reward. 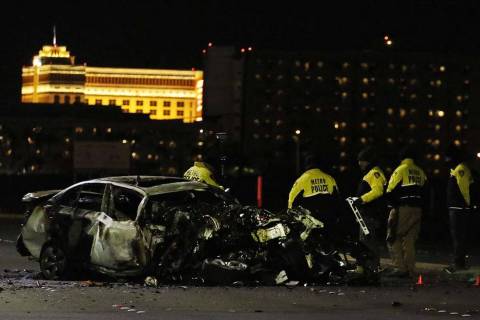