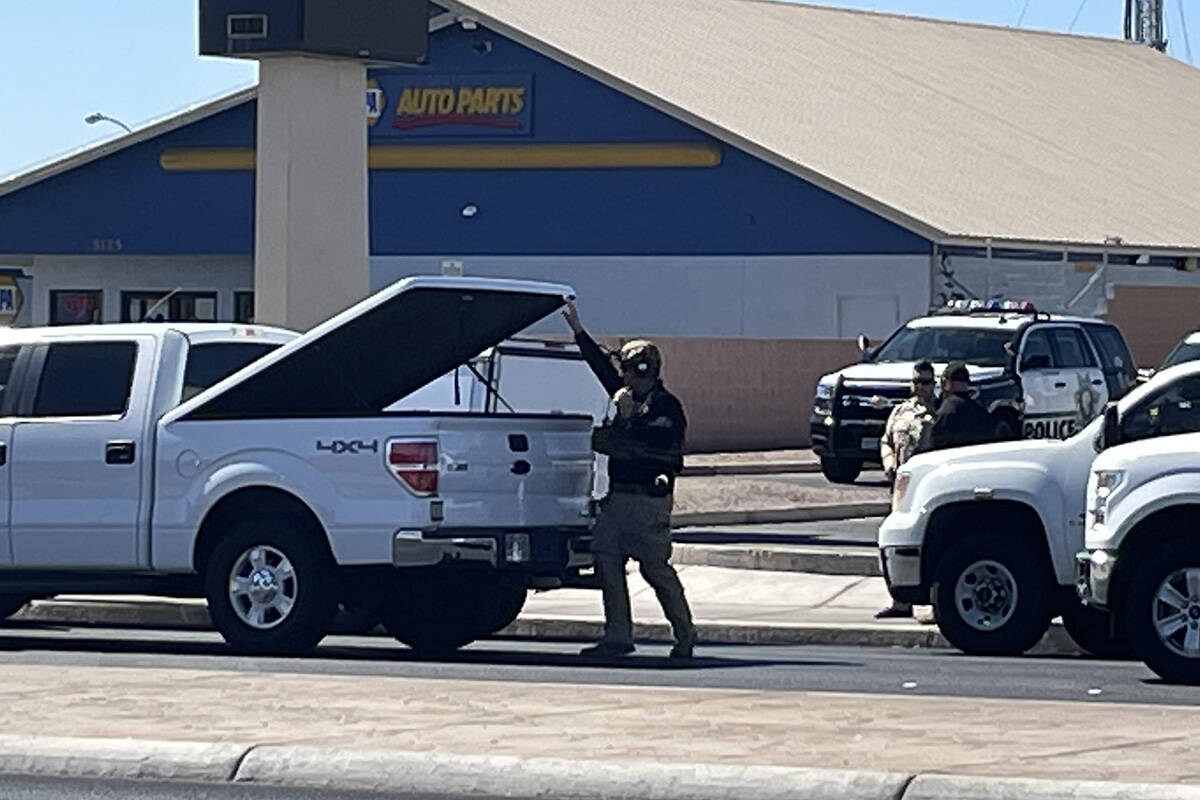 Las Vegas police were investigating a suspicious device found near a business in the eastern Las Vegas Valley early Tuesday.

Police spokesman Larry Hadfield said the device was located near a business on Tropicana Avenue near Nellis Boulevard.

“It is a suspicious item,” Hadfield said, adding “Our armor squad is on scene.”

A large congregation of officers were focusing their attention on an area just behind a NAPA Auto Parts store. Traffic was being impacted in the area. Both east and westbound traffic on Tropicana at Nellis was shut down.