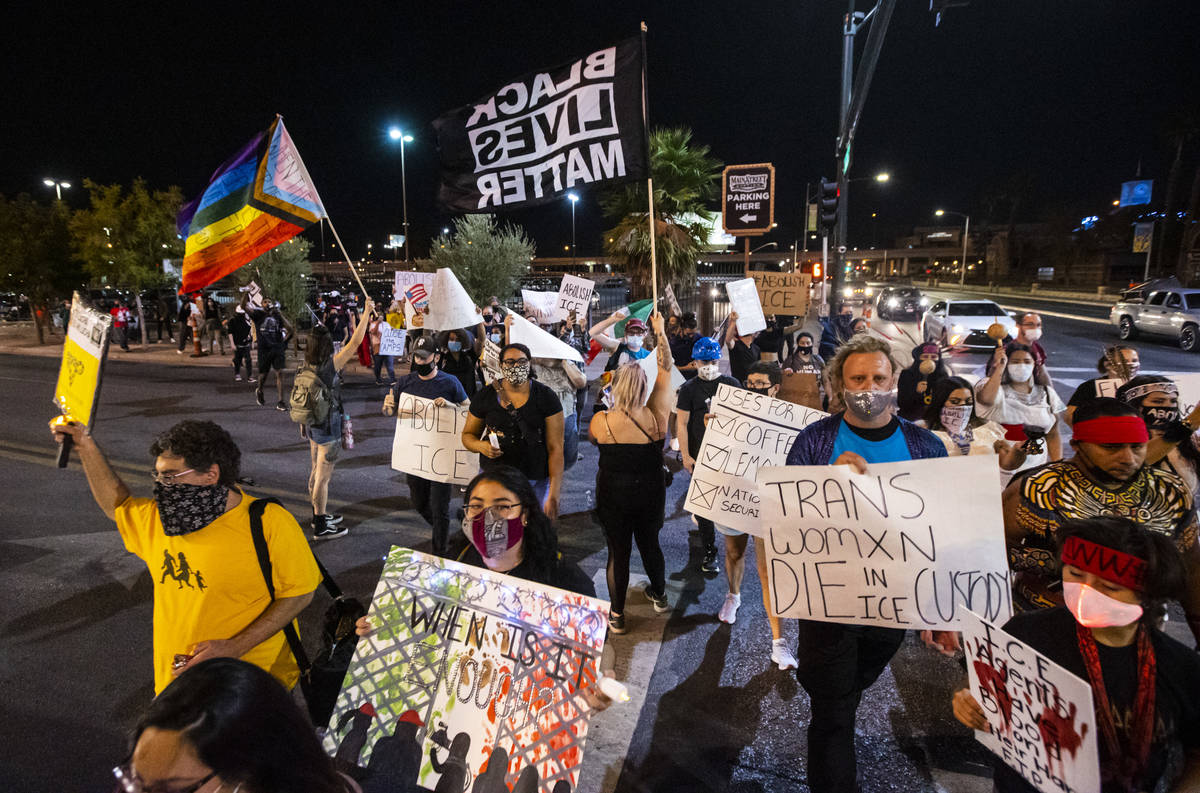 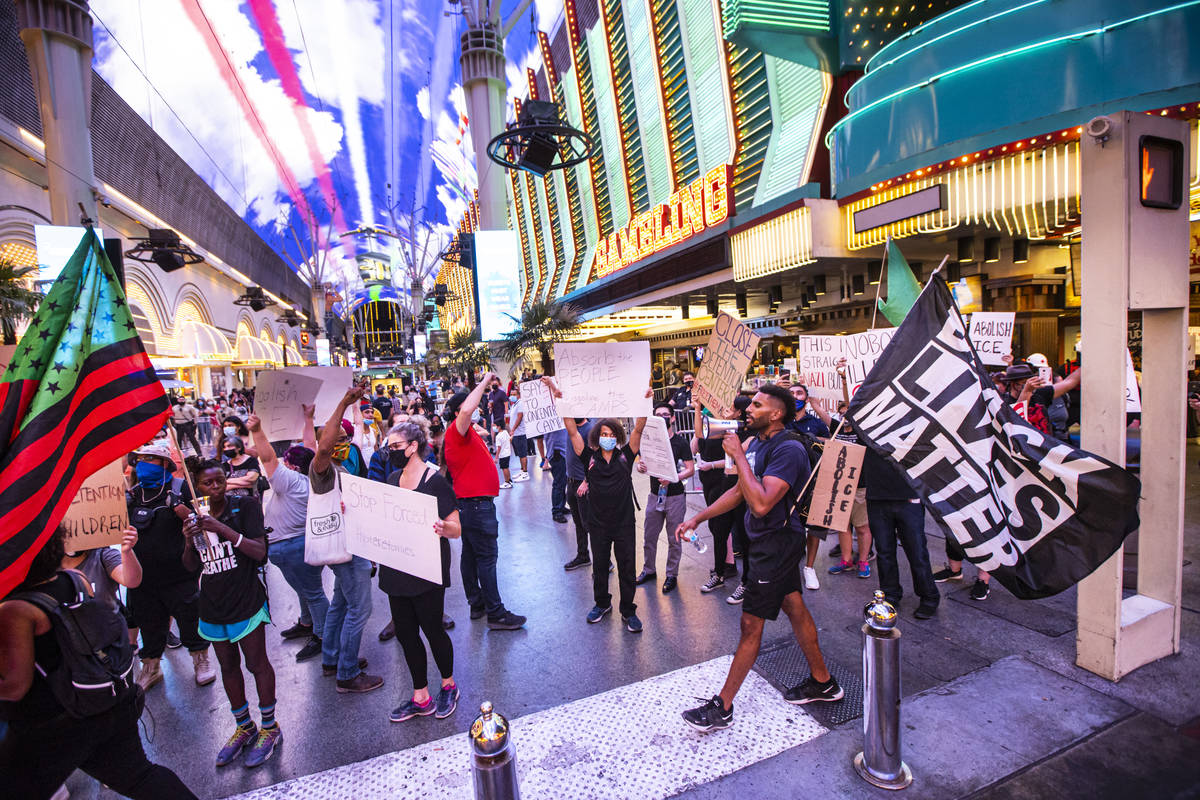 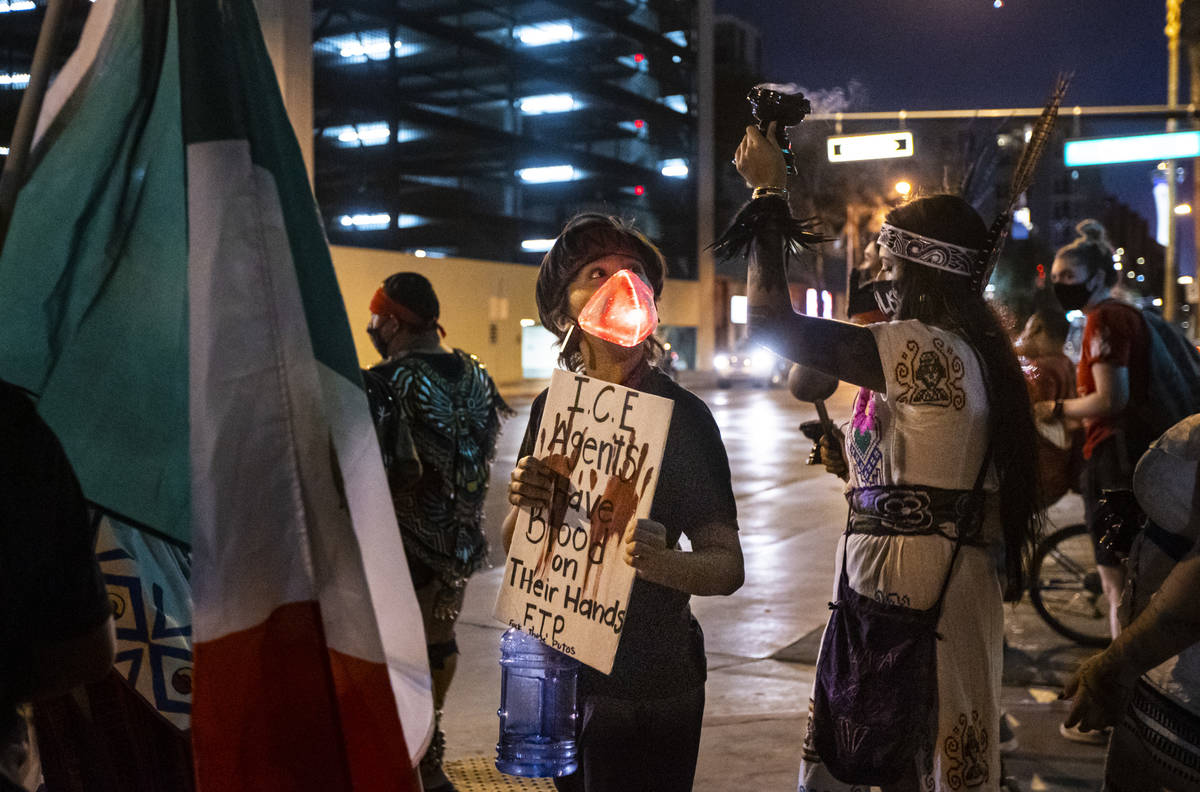 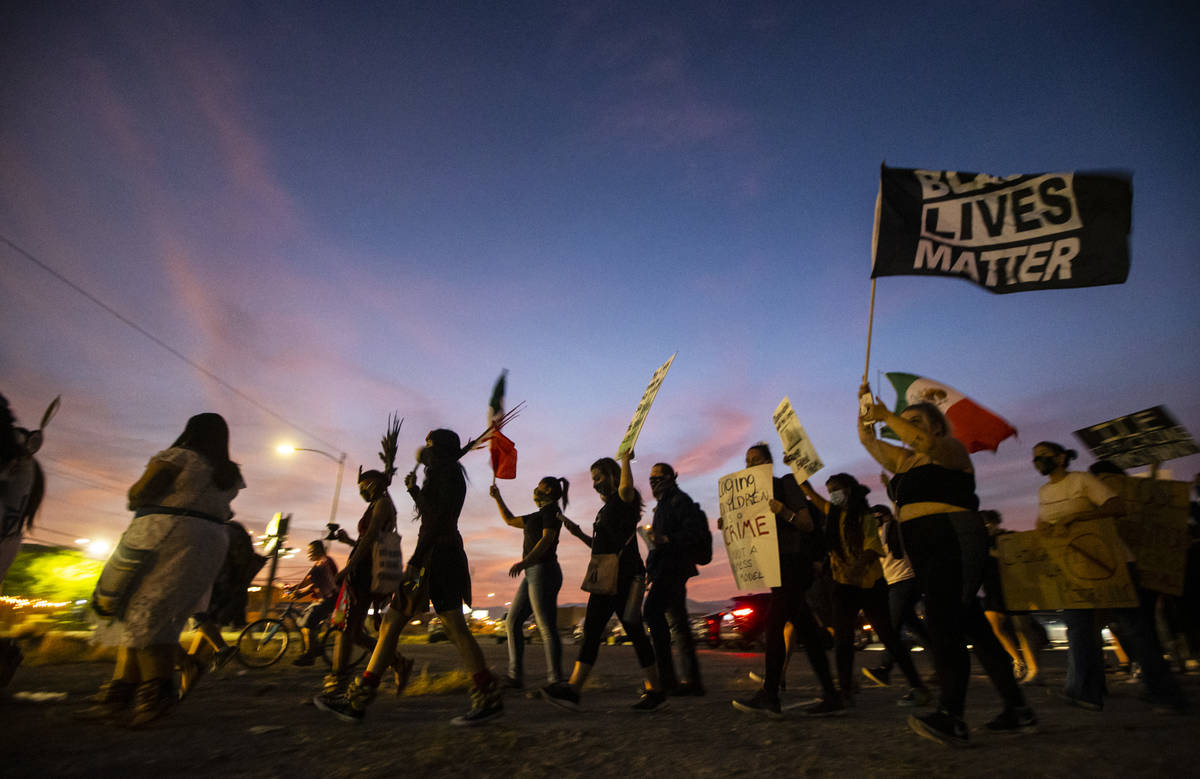 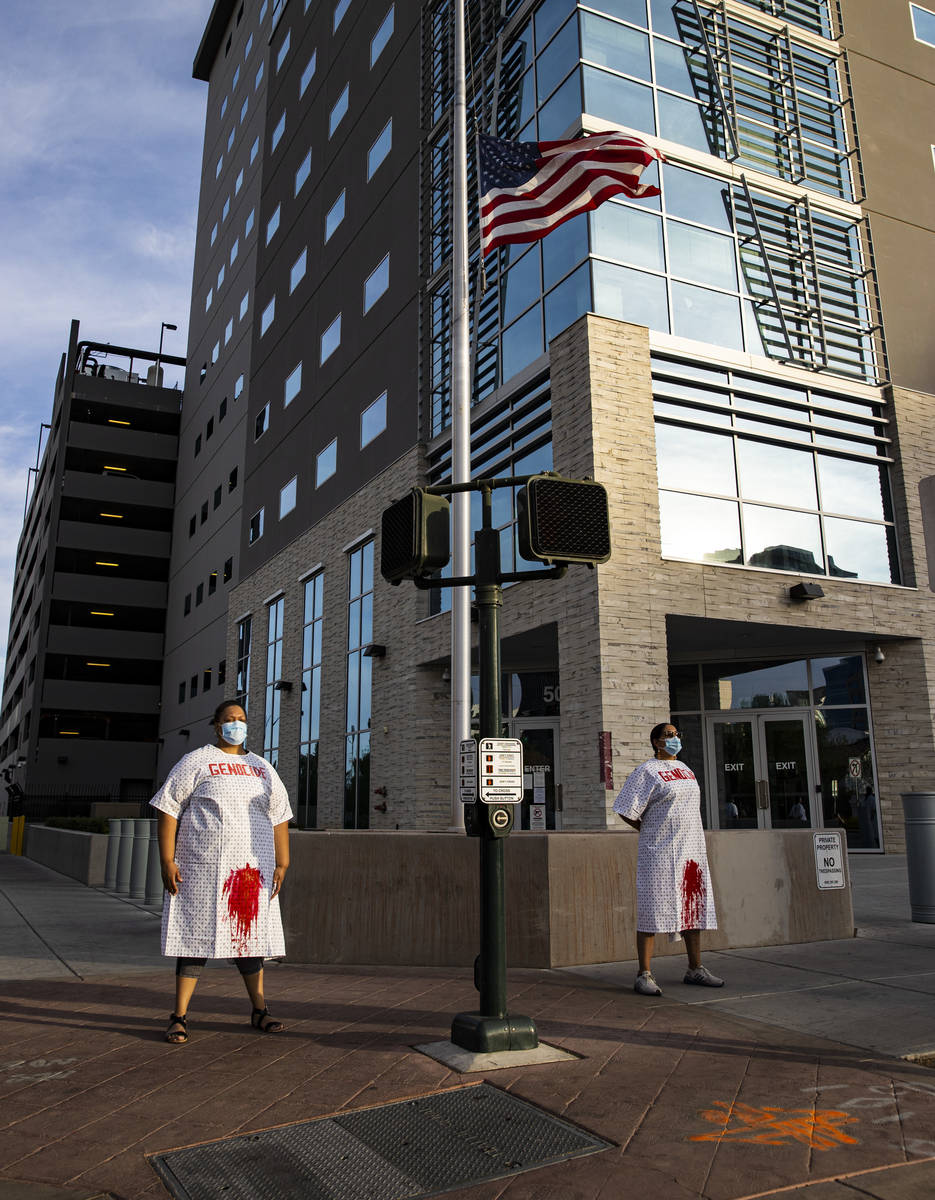 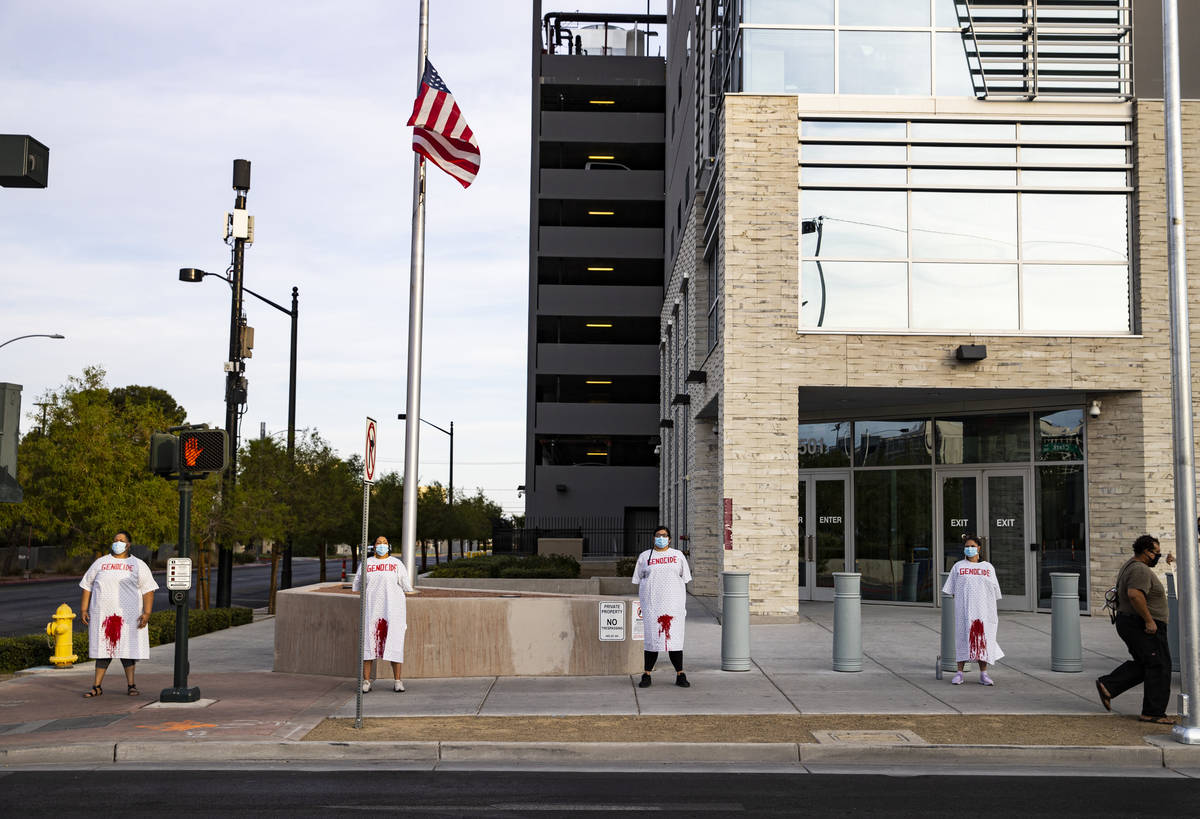 Fawn Douglas, second from left, leads a protest against U.S. Immigration and Customs Enforcement (ICE) to highlight the women who were subjected to hysterectomies in downtown Las Vegas on Saturday, Sept. 26, 2020. (Chase Stevens/Las Vegas Review-Journal) @csstevensphoto 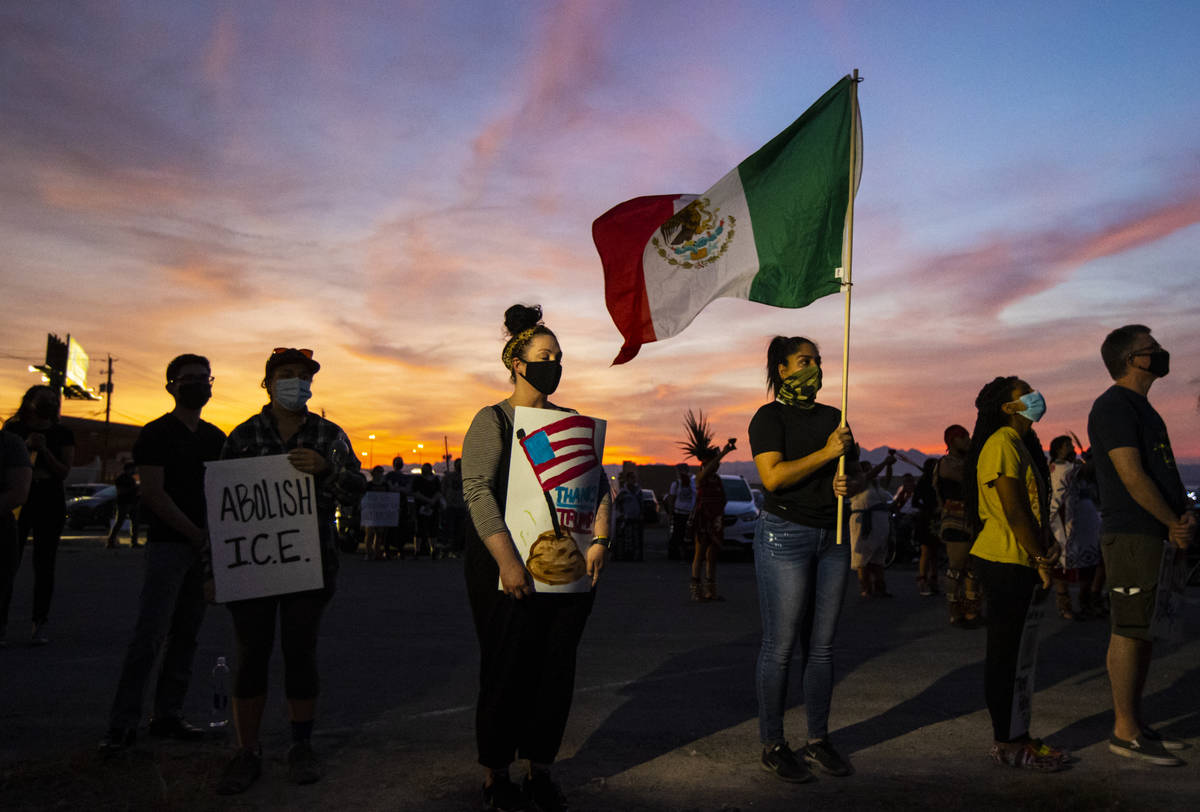 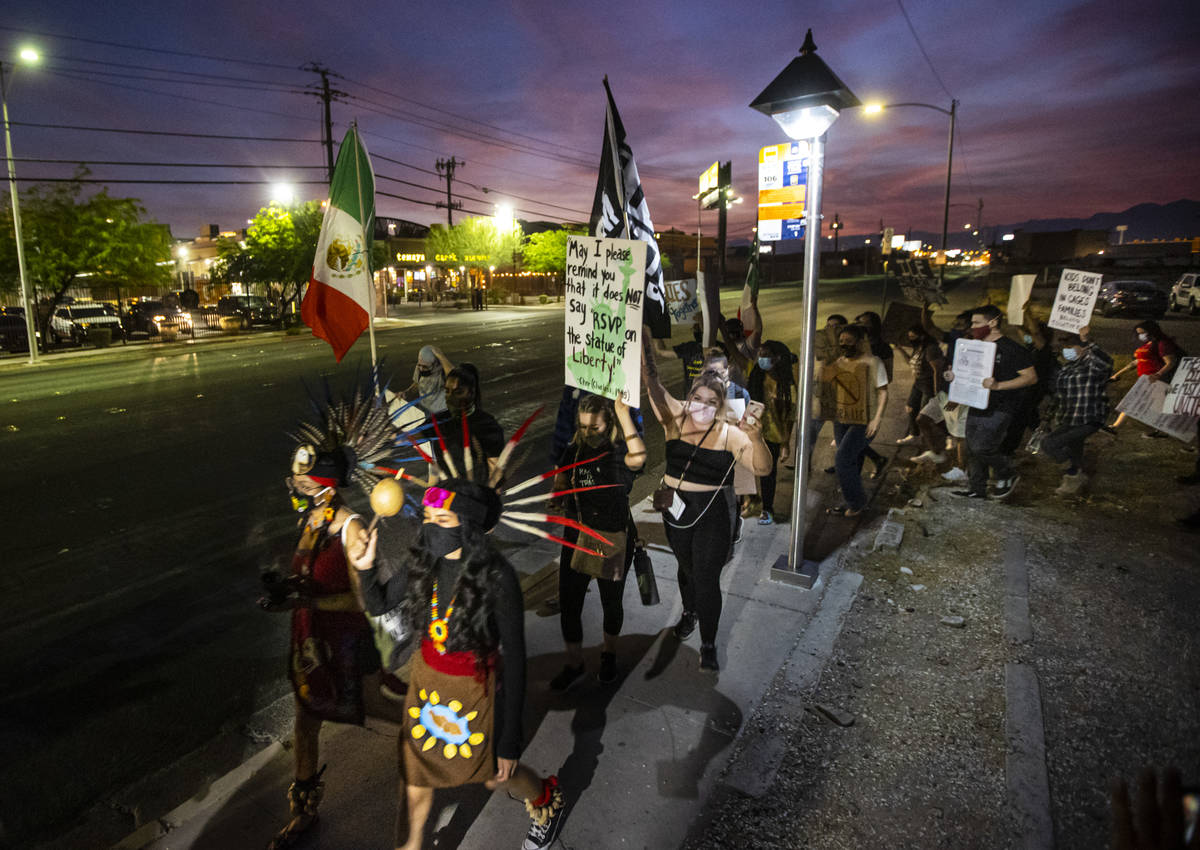 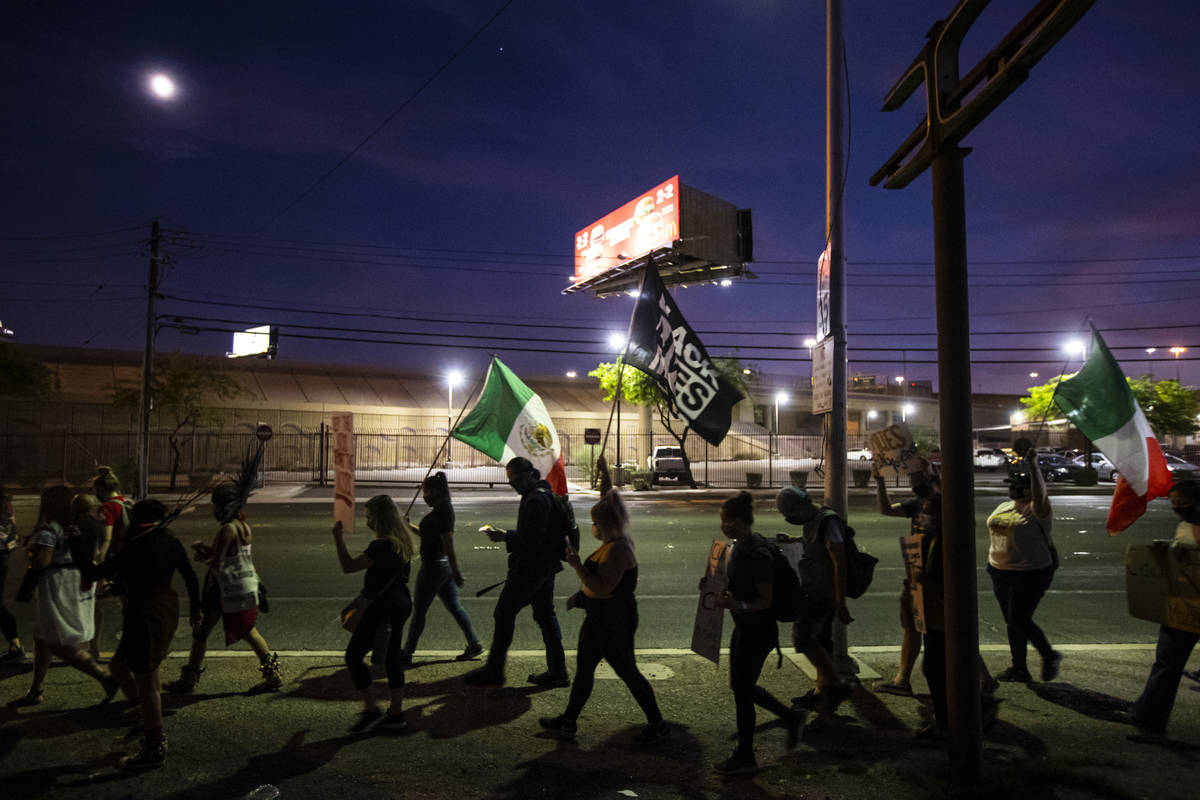 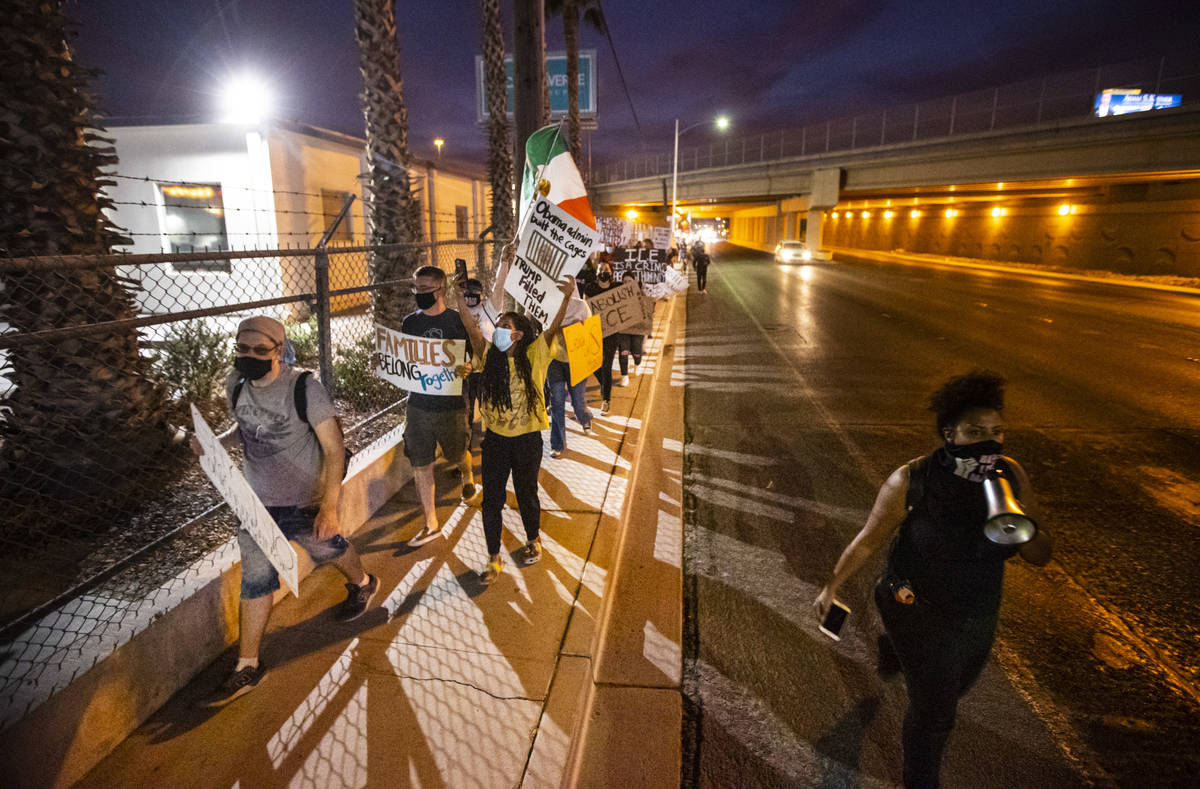 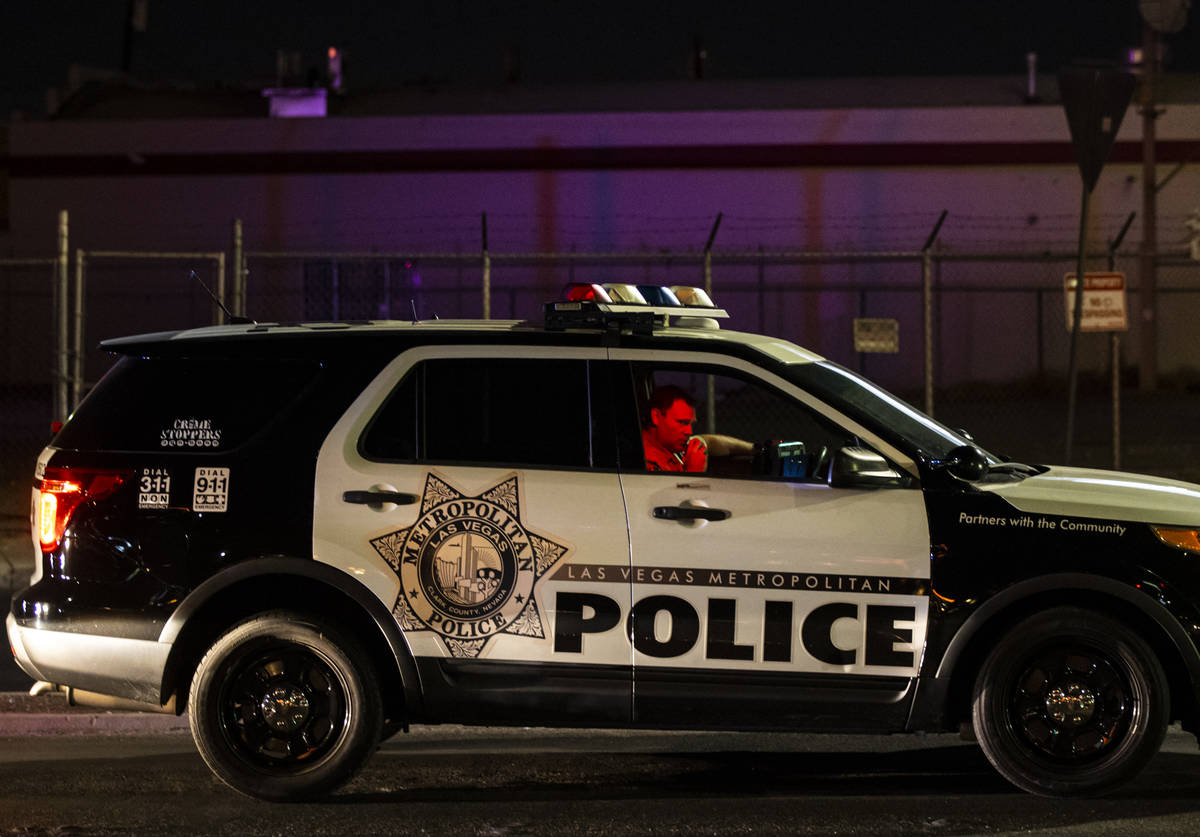 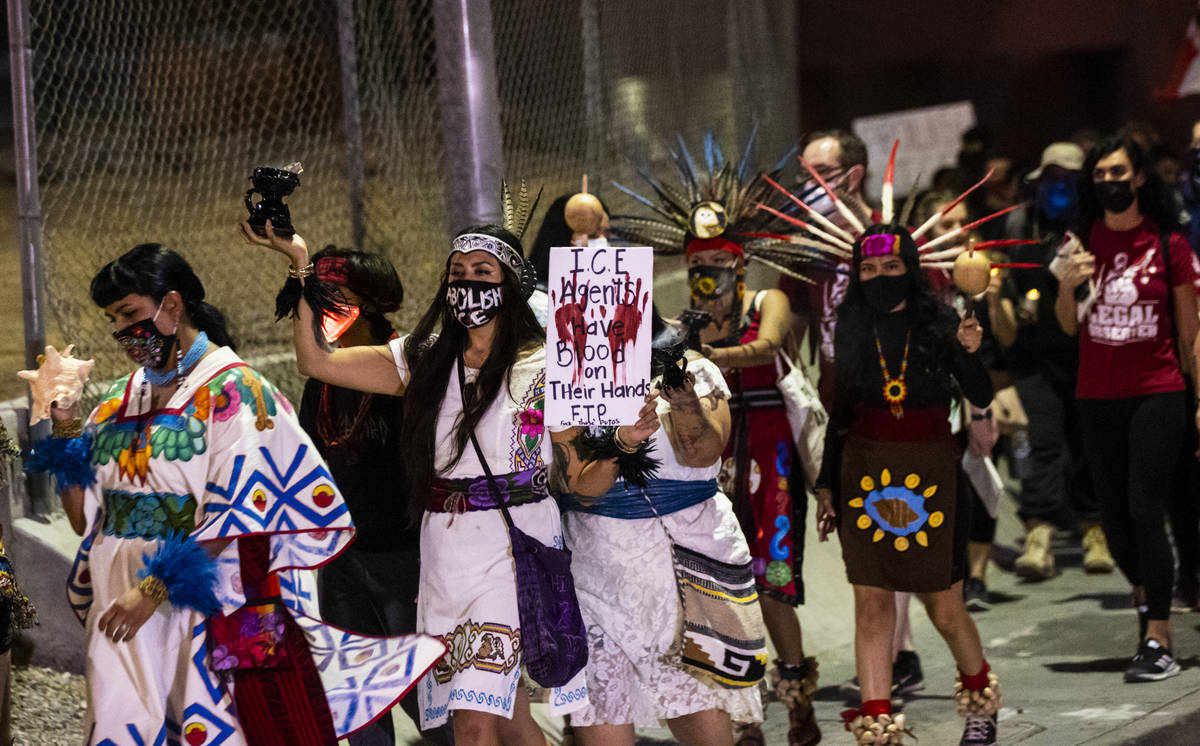 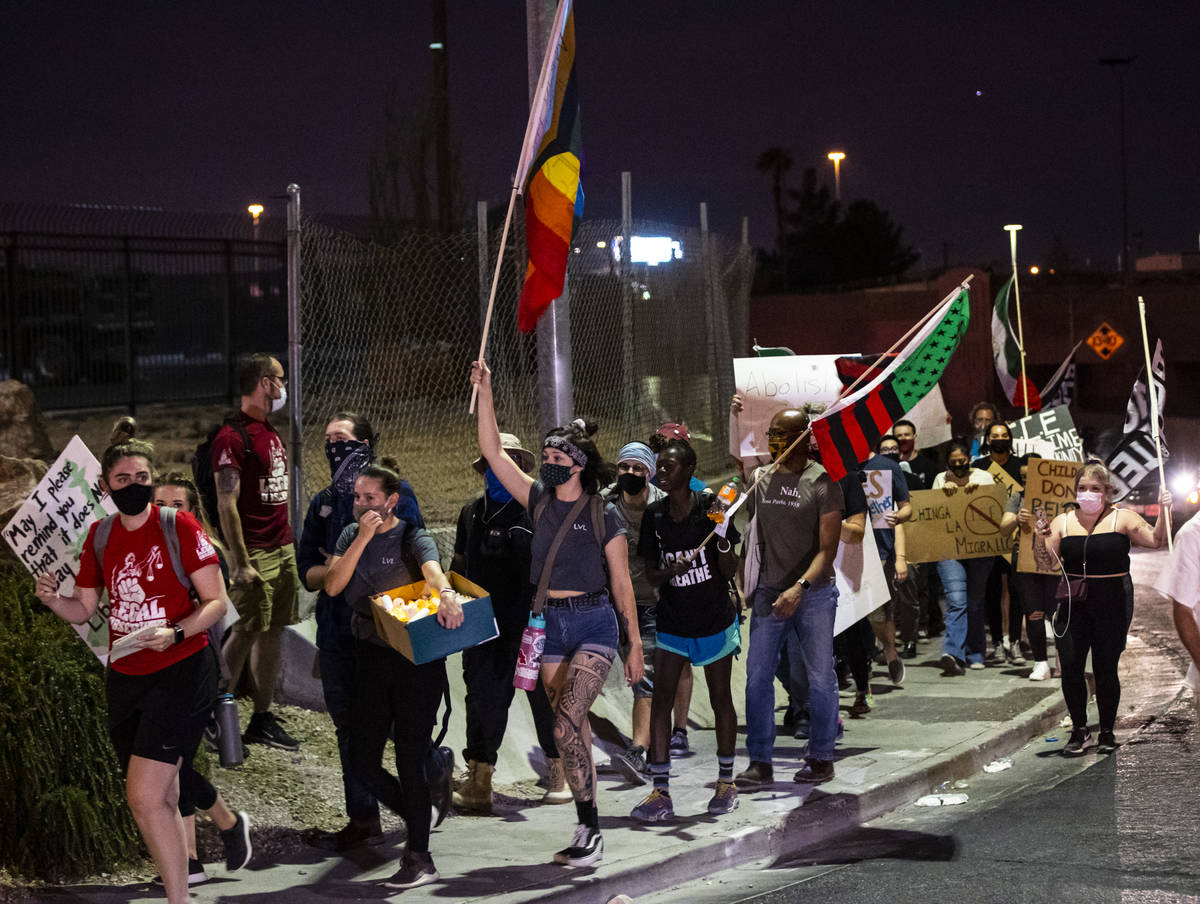 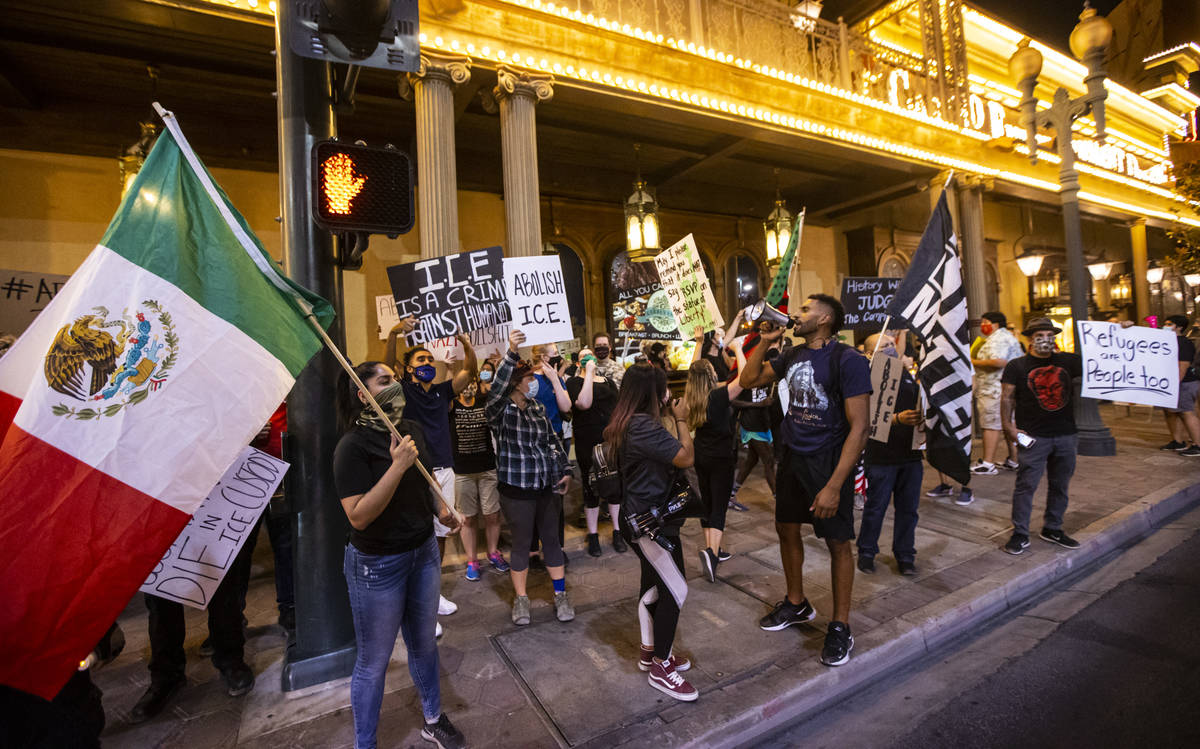 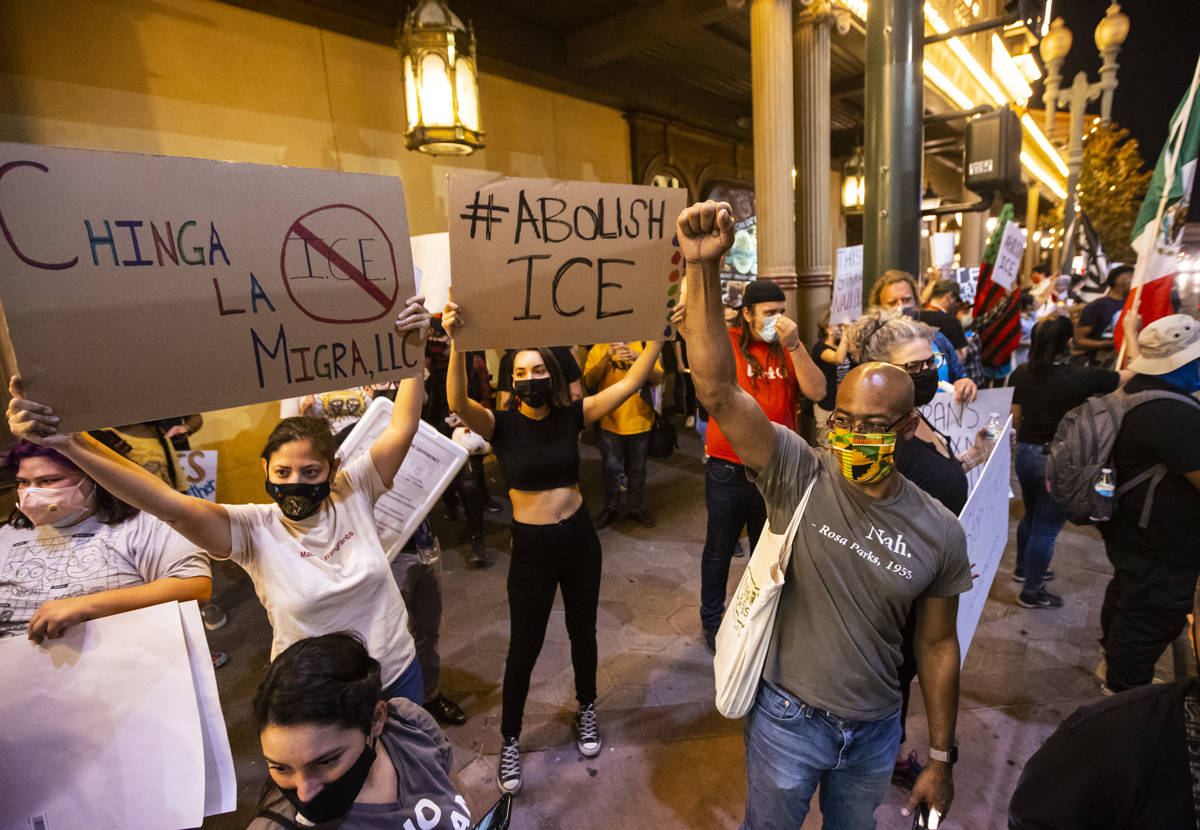 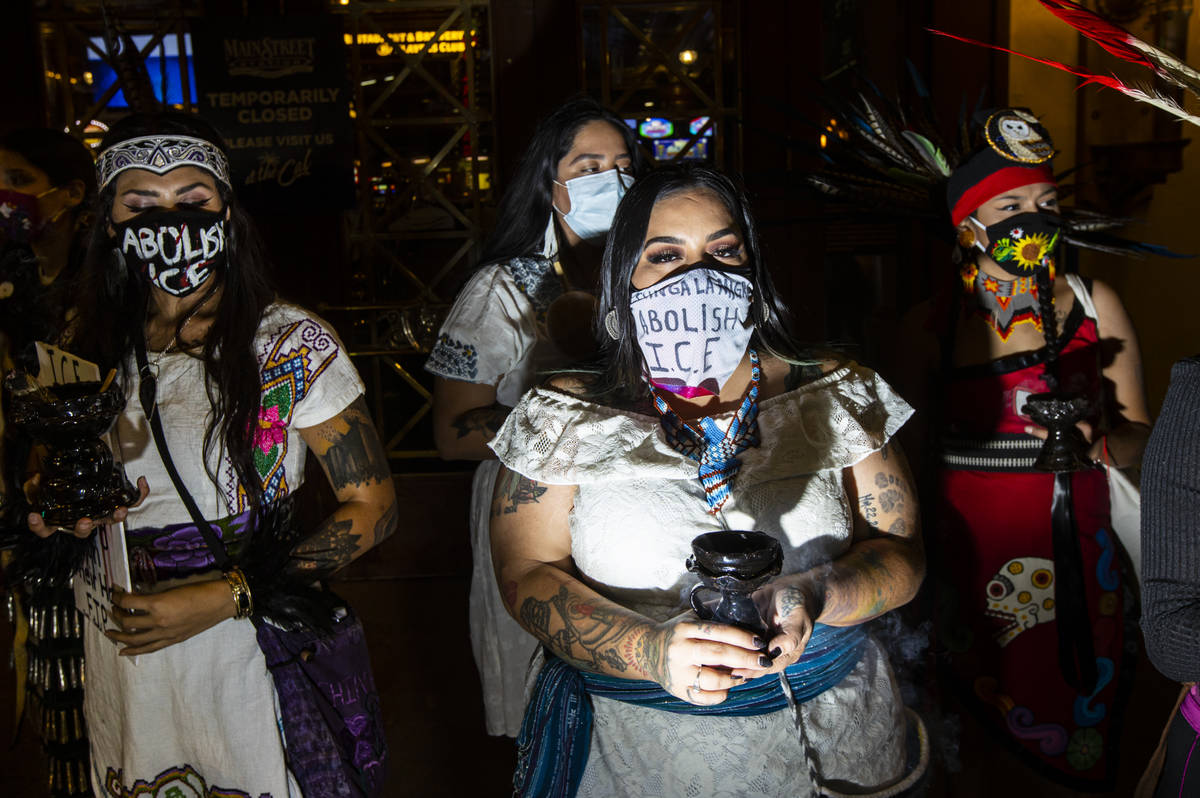 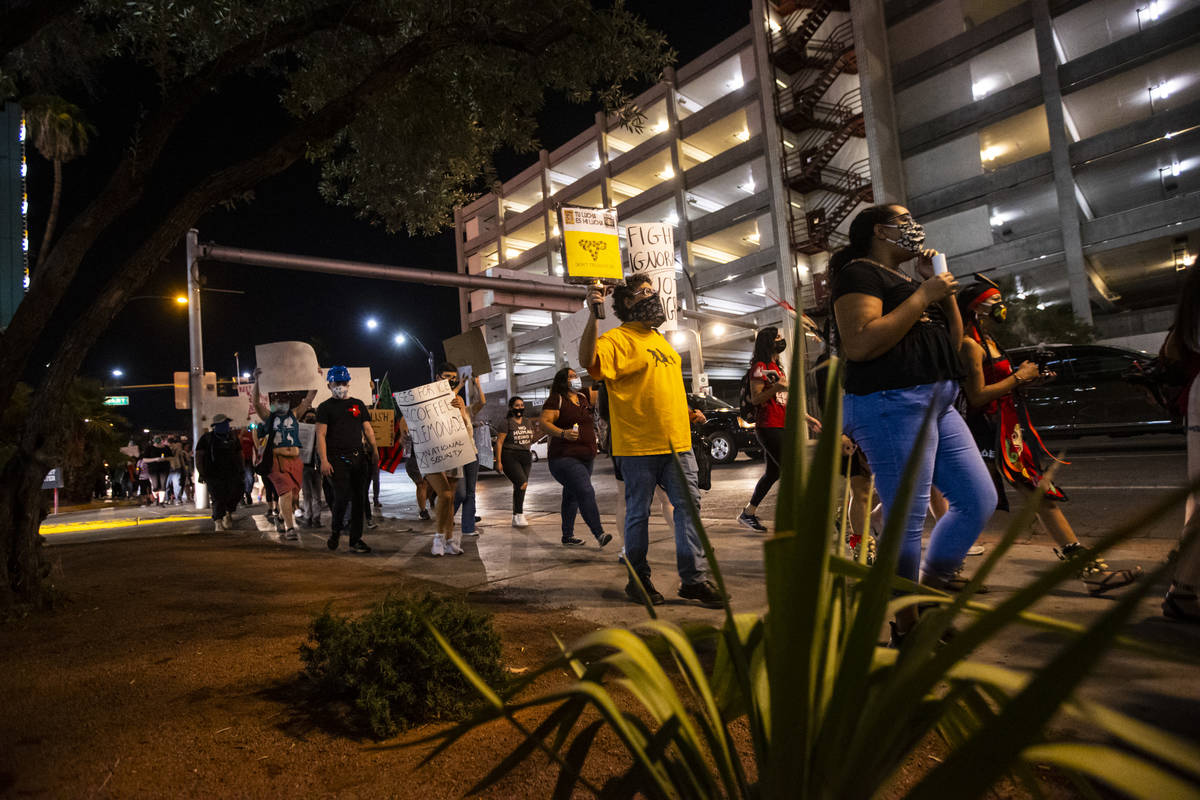 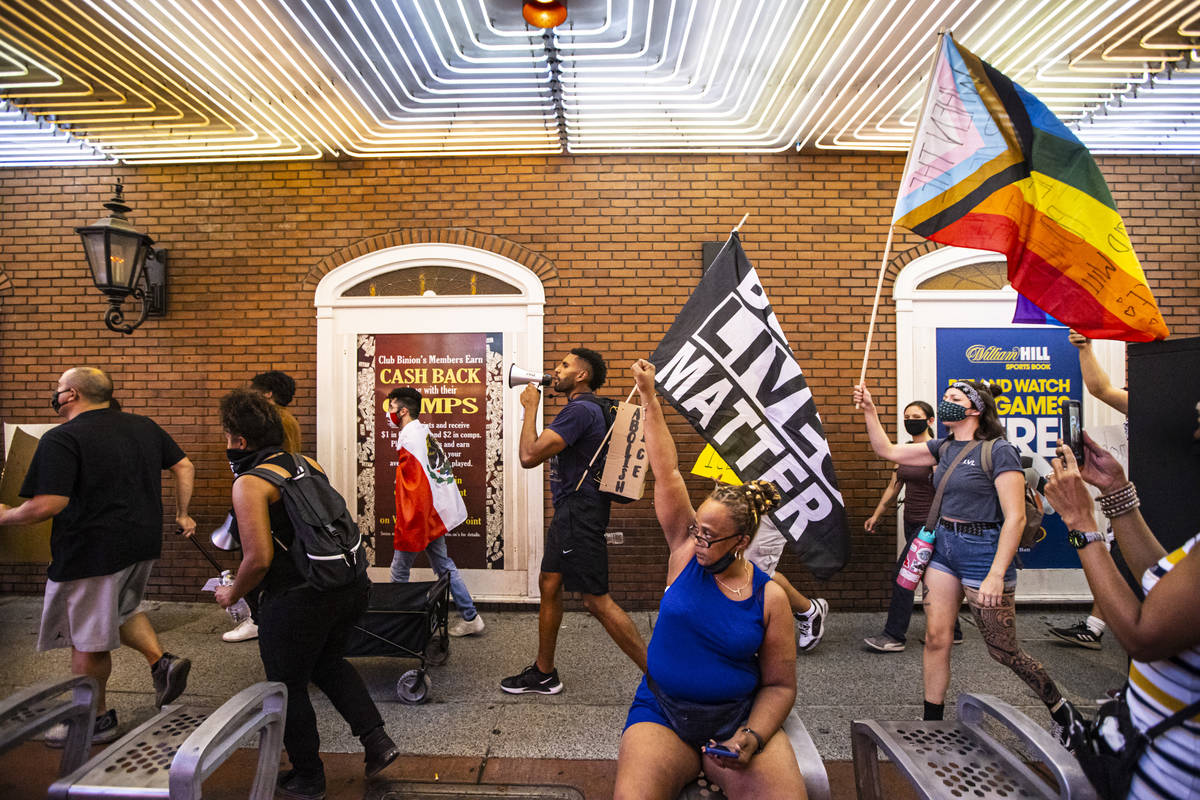 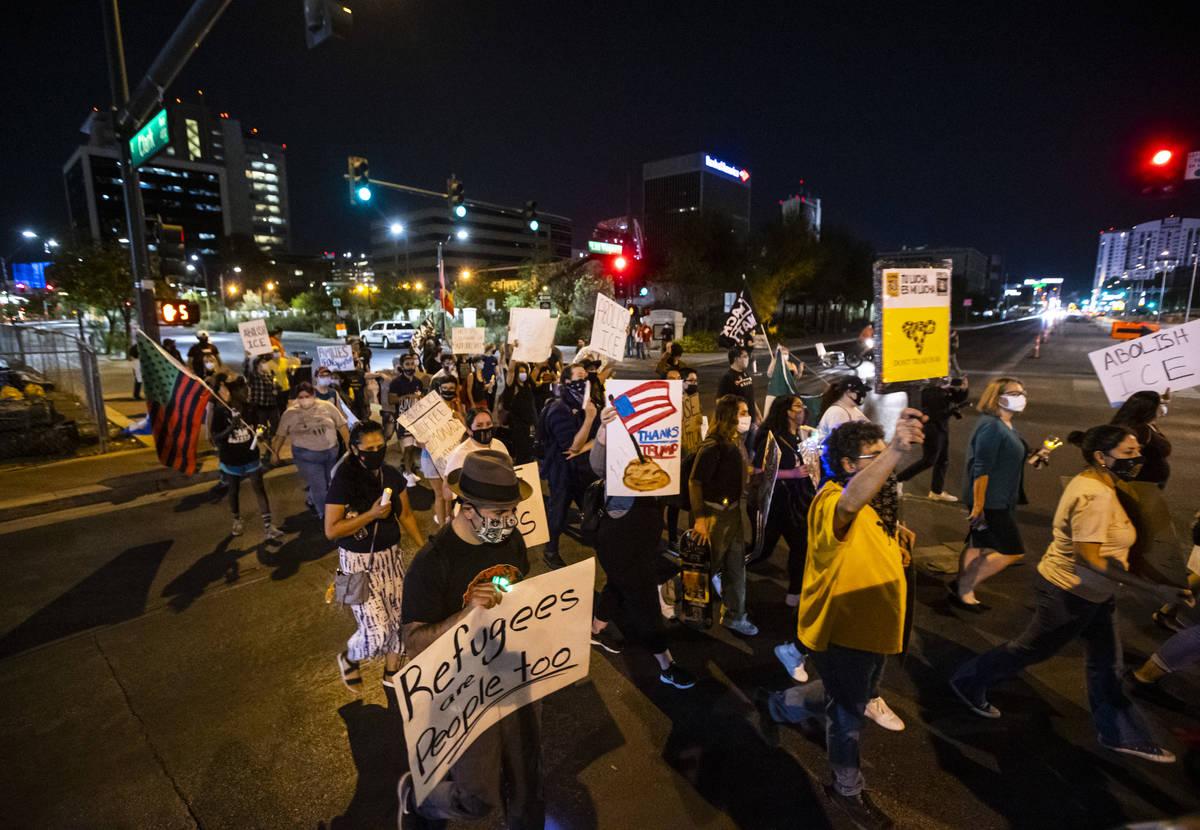 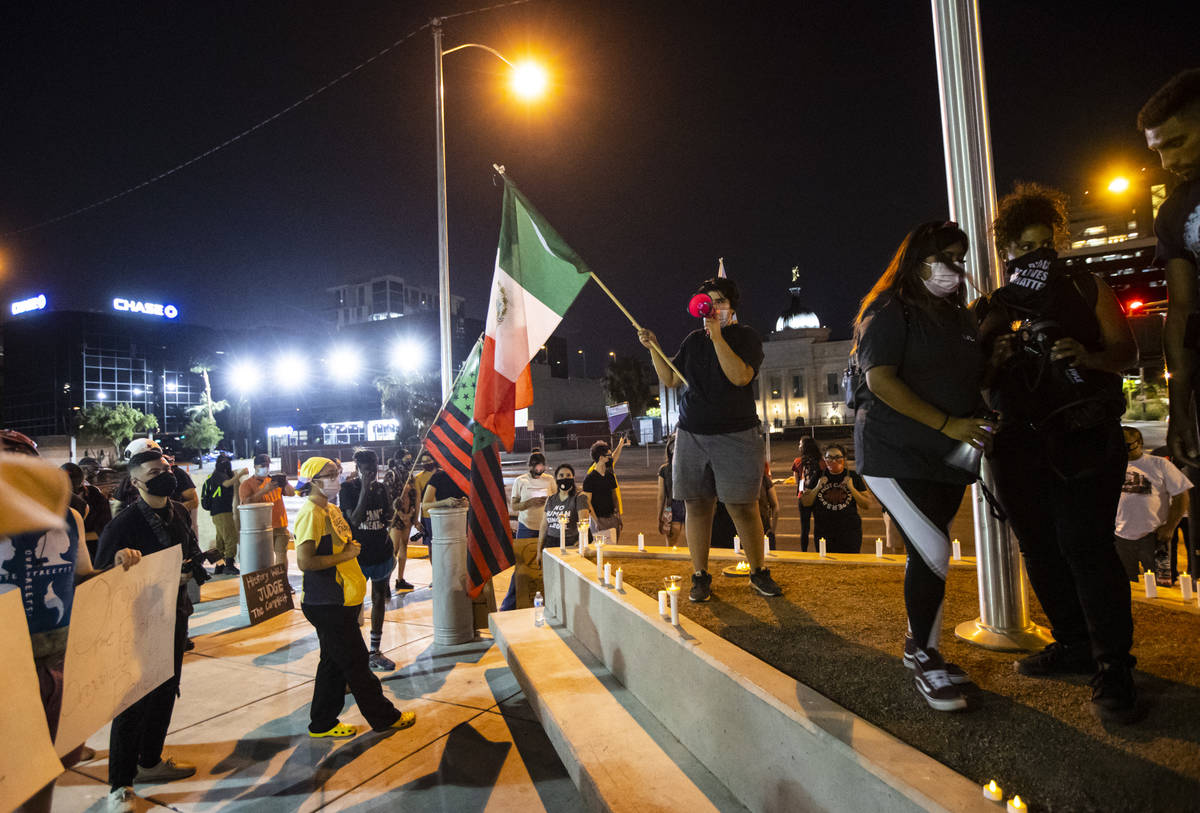 Led by a group called Las Vegas Liberation, the group of about 50 met at the site of the former Moulin Rouge hotel, 900 W. Bonanza Road, with signs, flags and chants. Organizer Karen Preciado said the group planned to march to ICE headquarters, 501 Las Vegas Blvd. South, and hold a candlelight vigil to honor those who have died while crossing the border or in ICE custody.

“You see people using the #SaveOurChildren hashtag, but I haven’t seen any protests about it,” Preciado said. “And why don’t they care about the kids in cages at the border?”

She said the group is protesting the treatment of non-white people at the border, with detention camps, alleged nonconsensual hysterectomies and sometimes death.

Organizer Leo Torres stressed the importance of grassroots movements such as this one.

“The best way to make change in this country is at the local level,” Torres said.

The group began marching just after 7 p.m. and arrived at the ICE office just after 8 p.m. to chant, speak and share a moment of silence. They started dispersing around 9 p.m.