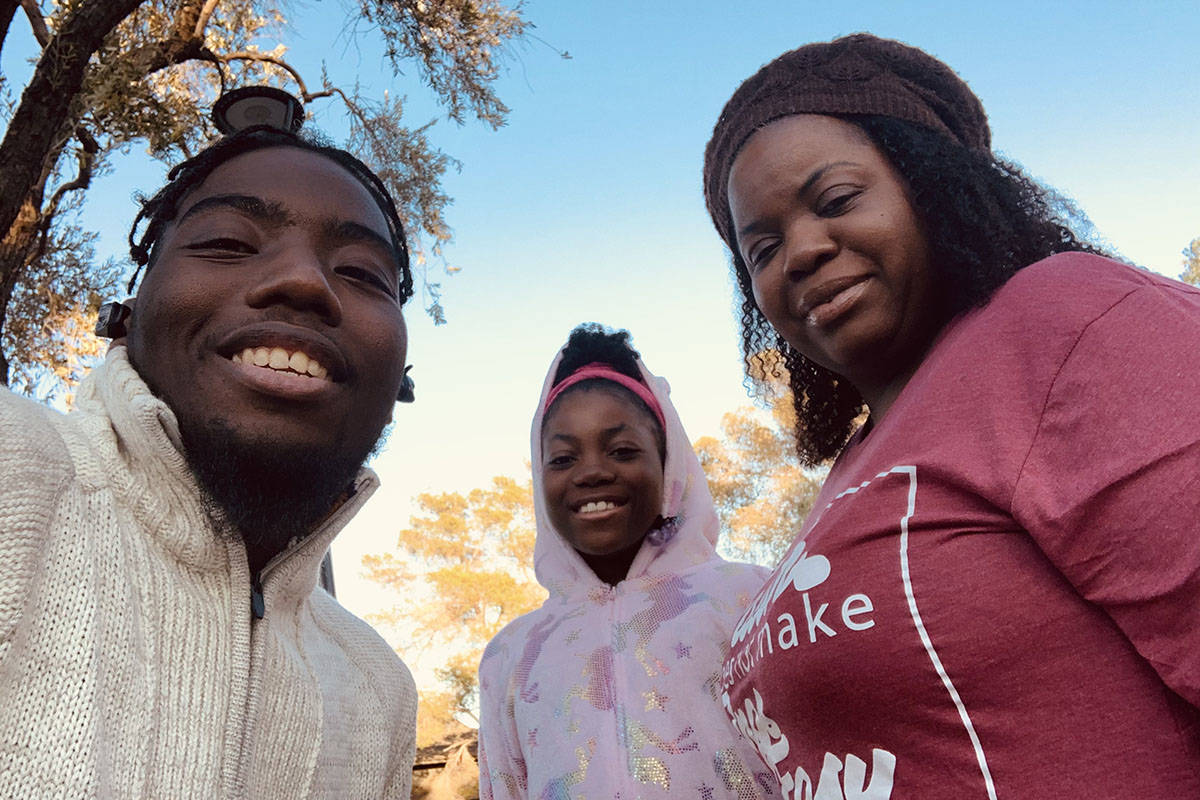 Born on Thanksgiving, he celebrates all the years he has lived. When he was a child, Rhodes was told by doctors he wouldn’t live long because of sickle cell anemia – a disease that causes red blood cells to contort into a sickle shape that blocks blood flow and causes pain.

“I thought I was living on borrowed time,” said Rhodes, 30. “I’m blessed the Lord has a plan for me.”

The blood he receives through the American Red Cross is vital. Blood exchanges – in which new blood is transferred into the body as old blood is taken out – helps keep pain away. Without the monthly or sometimes weekly blood exchanges, Rhodes could suffer from a stroke and severe damage could be done to his organs.

“It’s a disease that ages your body and spirit,” Rhodes said.

More than half a million people donated blood for the first time this year, according to a news release from the Red Cross, even though 50,000 blood drives were canceled due to the coronavirus pandemic. The Red Cross is reminding people to donate to help those, like Rhodes, who depend on a steady blood supply.

“In the spring, we lost a lot of blood drives,” said Jennifer Sparks, regional communications and marketing manager for the Red Cross. “We were able to get some of those back, but we are still very much looking for organizations to host blood drives in the Las Vegas community and beyond.”

Blood donations have a 42-day shelf life. To keep up with demand, the organization needs at least 13,000 donations a day, according to Cynthia De La Torre, Red Cross’ communications manager for blood services in Utah and Nevada.

Those who donate also can find out if they have antibodies for the coronavirus in their blood. If they do, their blood can be used to help another recover from the virus.

“The need for blood doesn’t stop no matter if there’s a pandemic or holiday season,” De La Torre said.

For Rhodes, the supply of his blood type – B-positive – has always been limited. He usually gets O-positive blood.

“When I get B-positive blood, I have a lot more energy,” he said, adding that he typically doesn’t need another blood exchange for two months. O-positive typically lasts about a week or so in his body.

Rhodes is working with his doctor to get scheduled appointments so the Red Cross can look for B-positive blood ahead of time.

Rhodes’ mother, Vanessa Dozier, has been one of his biggest advocates. Dozier moved to Las Vegas from Alabama with Rhodes’ 11-year-old sister, Christia Monet Dozier, who also has sickle cell anemia, to seek better treatment in 2018.

“Christia wants to know why she gets so sick all the time, and I tell her the world is just too dirty for her,” Vanessa Dozier said.

Because of the Red Cross, Christia Dozier is able to get blood from just about anywhere in the United States. Last time she needed blood it was transported from Utah, according to her mother.