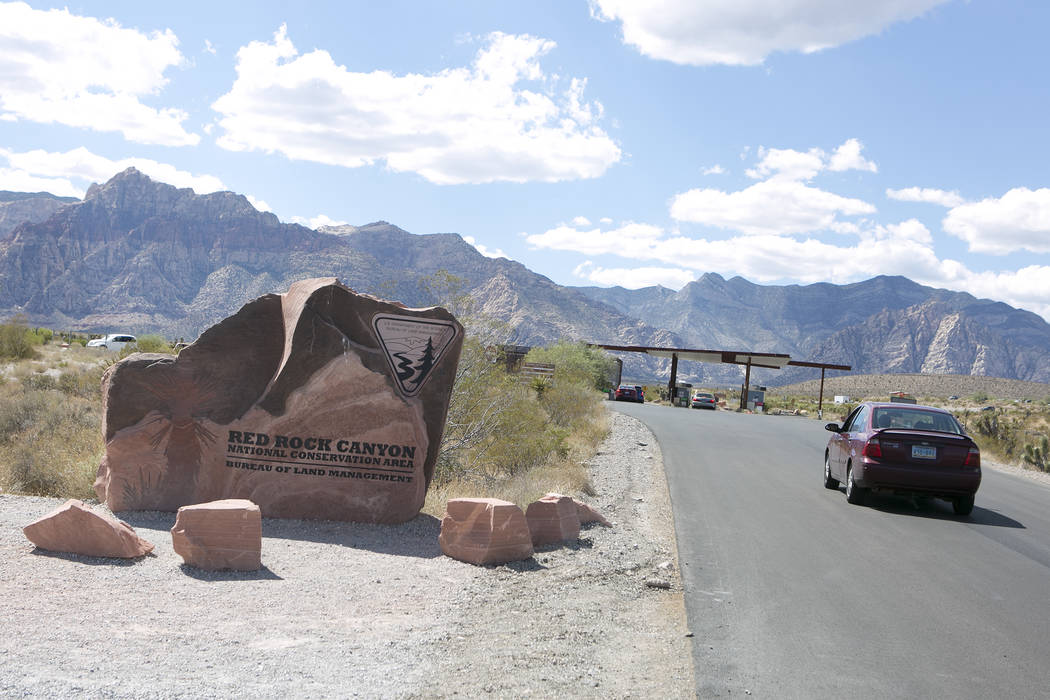 Getting into Red Rock Canyon National Conservation Area is about to get more expensive.

Those entering on a bicycle or on foot will pay $5 per person, up from $3.

The price for a campsite at the Red Rock campground also will go up.

The Bureau of Land Management held public meetings on the fee hike last year and announced its implementation Tuesday. It’s the first increase in the entrance charge since 2011.

The cost of a Red Rock Canyon Annual Support Pass will remain at $30 per year. 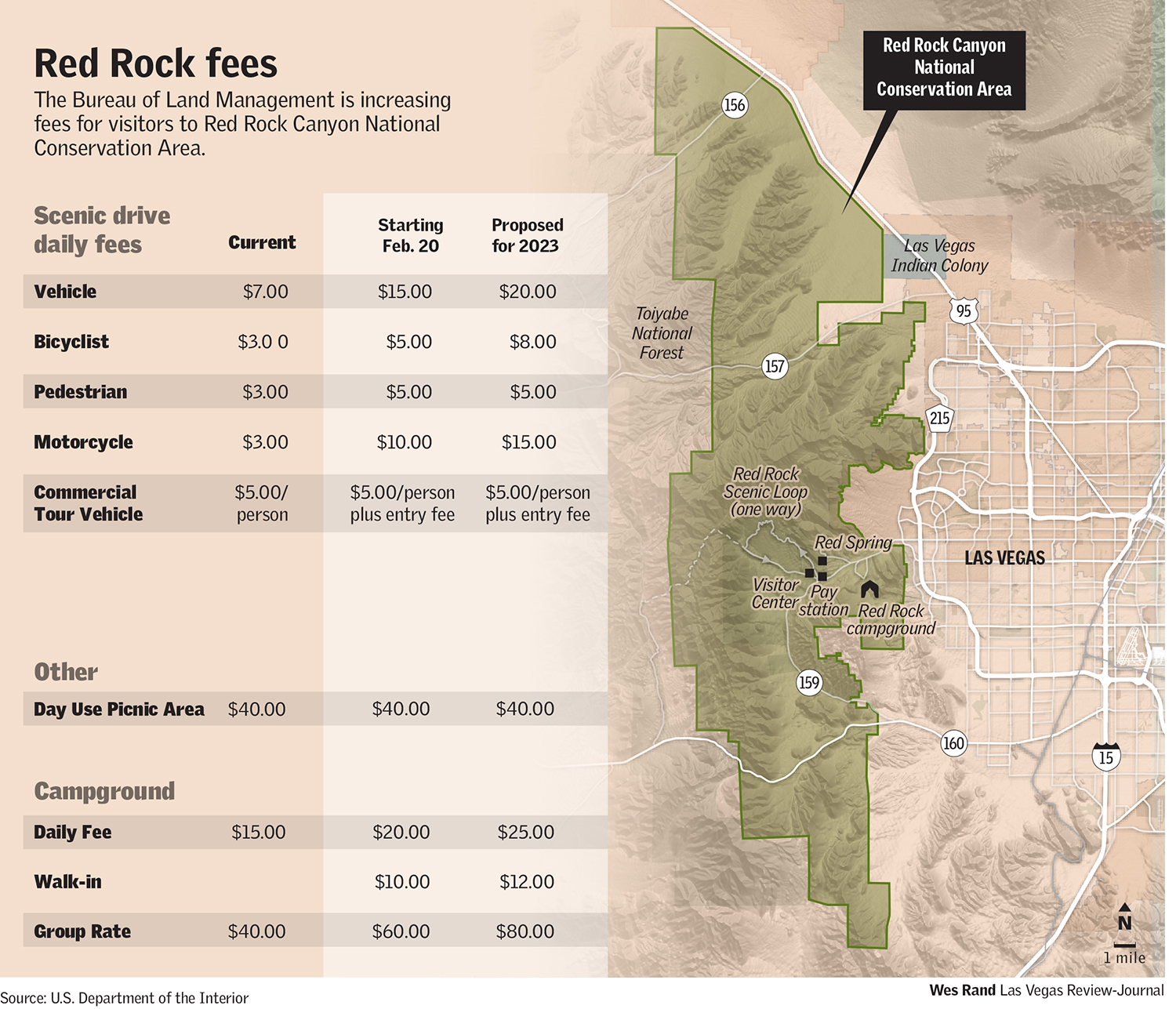 Trails and sites along state Route 159 outside the scenic drive will continue to be free of charge, including the Red Spring boardwalk and picnic area. Eventually, the BLM plans to charge a fee for access to Red Spring but not until it has a way to collect money there. “I can’t estimate when that will happen,” BLM spokesman John Asselin said in an email. “It likely won’t be for some time.”

The BLM also is planning a second fee increase by 2023 that would increase the price of admission to $20 per car, $15 per motorcycle and $8 per bicyclist.

Bureau officials have said the extra money will go toward search-and-rescue costs, educational programs, trail maintanence and other upkeep.

When the fee hike was first proposed last year, Rep. Dina Titus, D-Nev., sent a letter to BLM leadership accusing the agency of using the higher fees to cover its plans to cut $10 million from the budget the National Conservation Lands program.