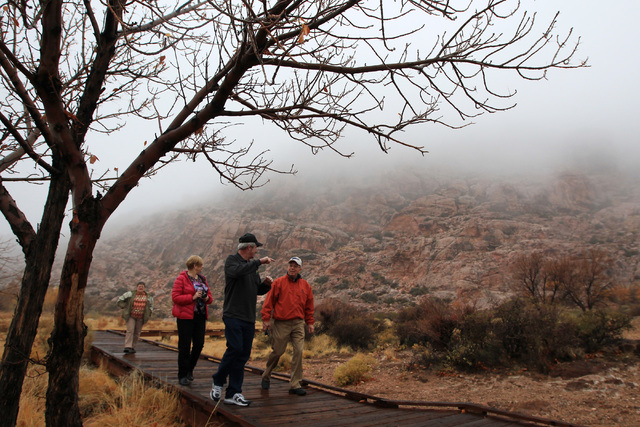 A portion of the Red Spring boardwalk at Red Rock Canyon National Conservation Area has been closed indefinitely due to safety concerns.

The Bureau of Land Management blocked access to the lower portion of the walkway at the Red Spring picnic area on July 19 because the wood was deteriorating and had become unsafe, said spokesman John Asselin.

The closed portions of the boardwalk eventually will be replaced, but the BLM does not yet have a timeline for the work, Asselin said.

In the meantime, visitors can access the open parts of the half-mile walkway — including a viewing platform sometimes used for weddings — by hiking around the shuttered section.

The boardwalk loops through a spring-fed alkali meadow off Calico Basin Road, outside Red Rock Canyon’s core fee area. It was built in 2005 out of pressure-treated wood that was expected to last about a decade.

Over the years, the BLM has replaced the wood with a composite material as sections have worn out or been damaged by vandals, including someone who set fire to the structure in 2006.