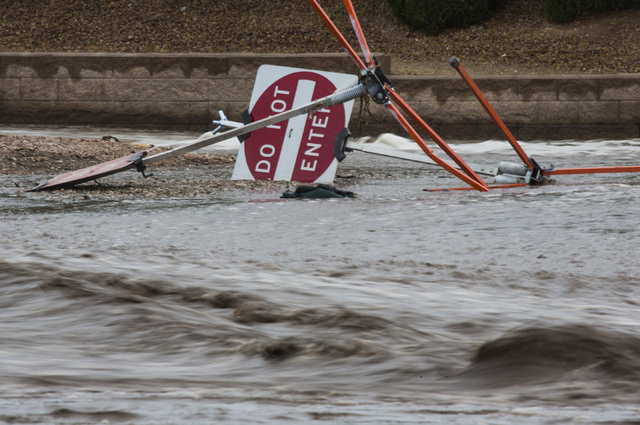 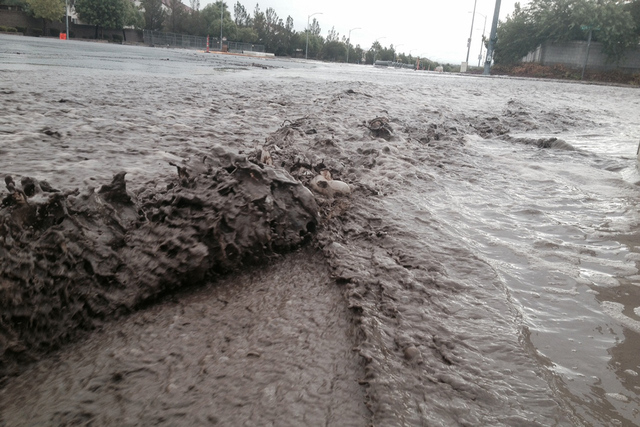 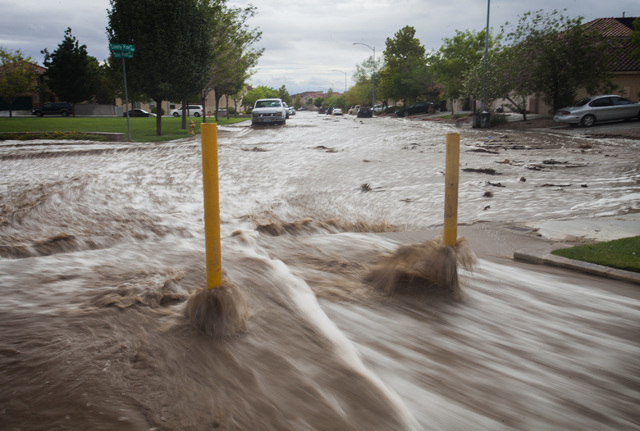 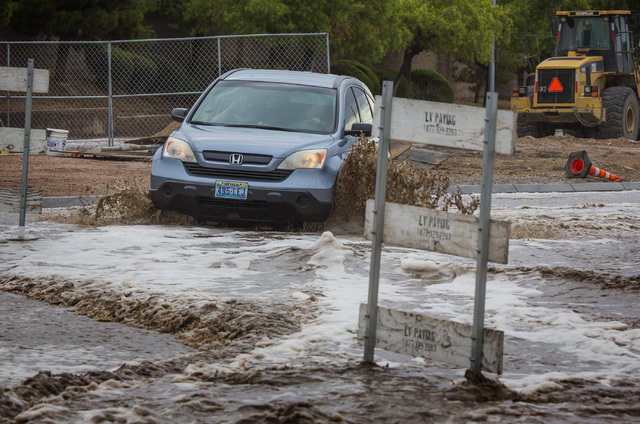 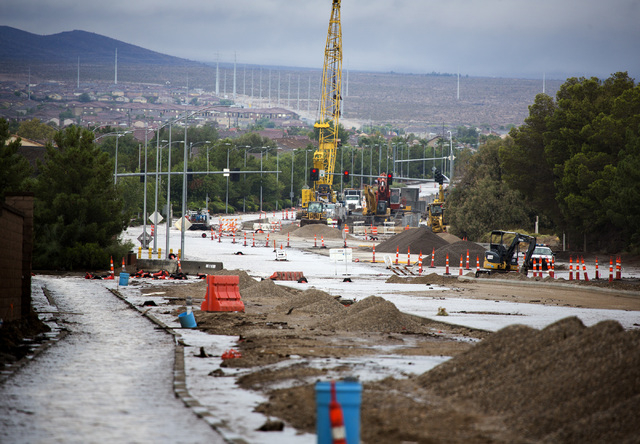 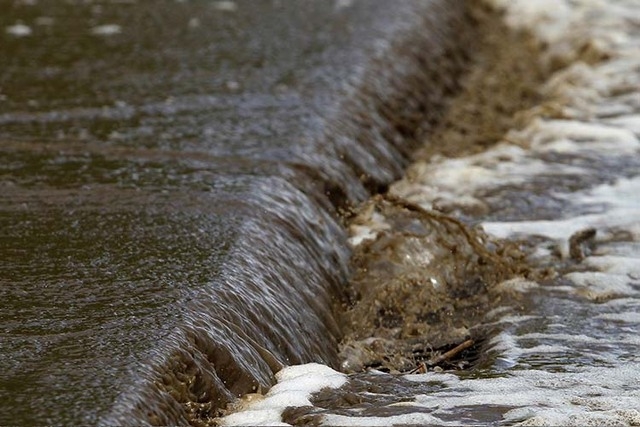 Debris clogs a gutter drain along Grand Teton Drive in Las Vegas after a storm swept through the valley on Monday, July 7, 2014. A severe thunderstorm warning was issued for eastern Clark County on Tuesday afternoon, and a second thunderstorm warning was in effect for gusty winds along U.S. Highway 95, west of Indian Springs. (Justin Yurkanin/Las Vegas Review-Journal) 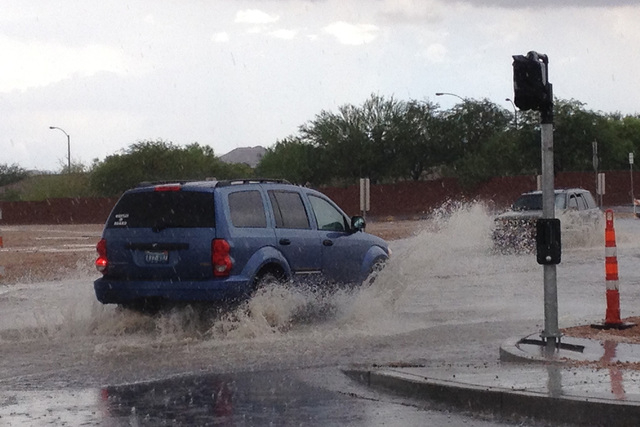 Flooding is seen at the intersection of Blue Diamond and Durango on Monday, August 4, 2014. (Jason Bean/Las Vegas Review-Journal) 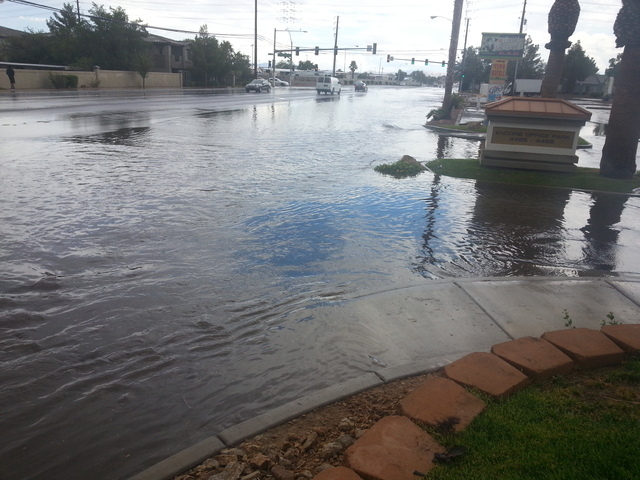 (Alexandra Kosmides/Submitted via At the Scene on the RJ app) 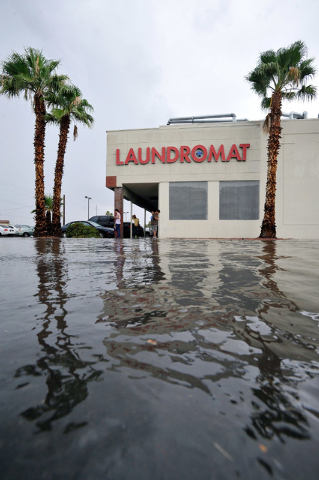 Flood waters strand people in front of a laundromat near on Montclair Street near Charleston Boulevard on Monday, Aug. 4, 2014. (Photo by David Becker/Las Vegas Review Journal) 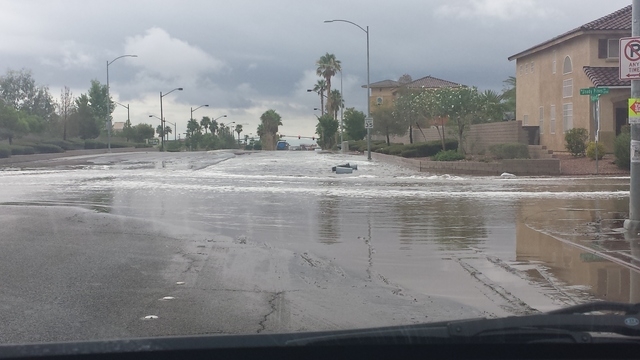 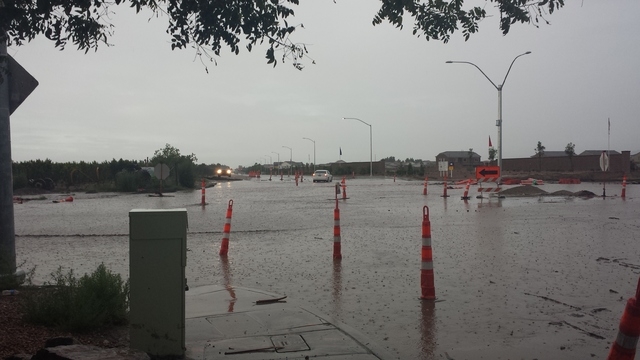 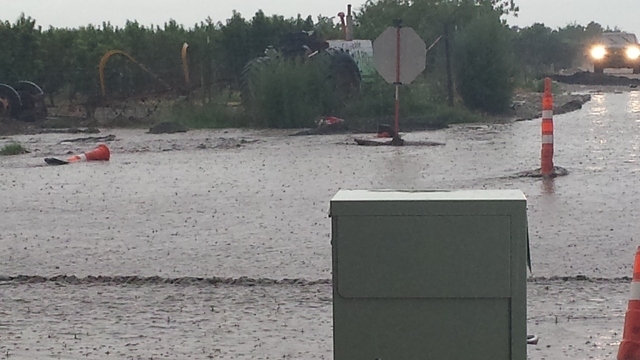 Ranch Road in Moapa and the National Park Service’s section of Nelson Road were the only closures that persisted at 10 a.m. Tuesday, but plenty of other roads were being cleared and repaired, according to Clark County spokeswoman Stacey Welling.

Lindell Road, the intersection of Tropicana Avenue and Fort Apache Road, Mount Potosi Road near the Boy Scout camp, and Arroyo Road in Blue Diamond were all scheduled for either debris removal or infrastructure repair, Welling said.

Crews will also work through the end of the week to clean up roads on the east side, near St. Louis and Eastern, Paul said. She advised Las Vegas residents to drive carefully and be patient.