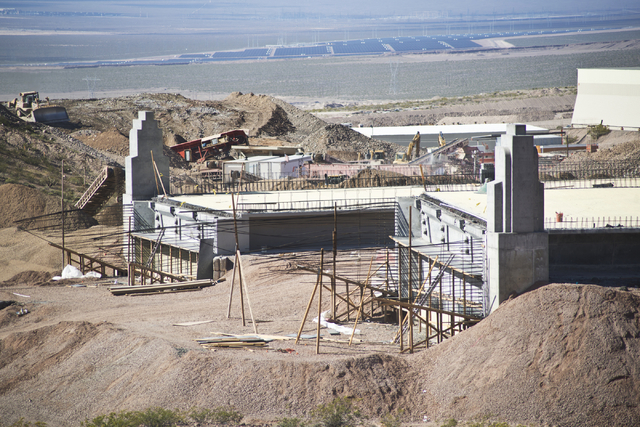 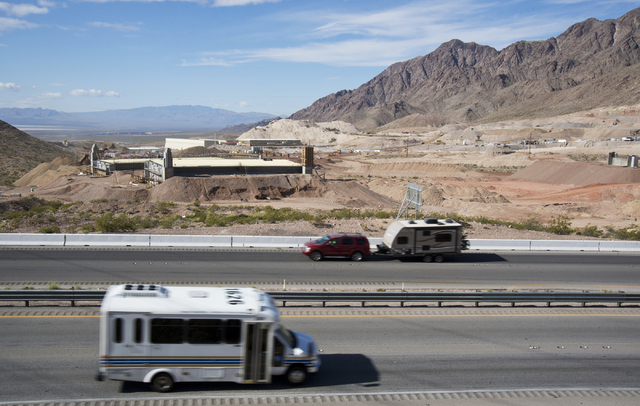 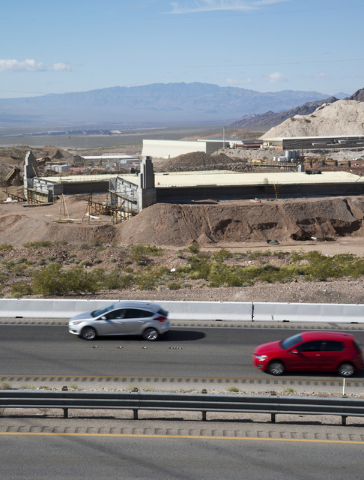 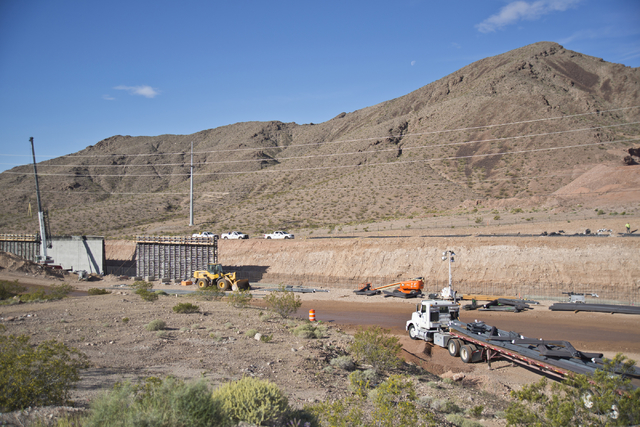 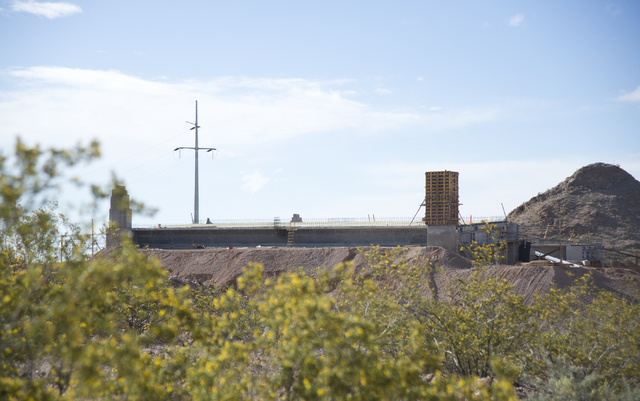 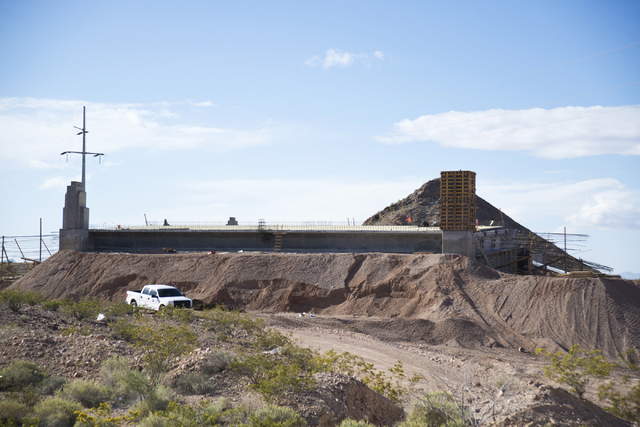 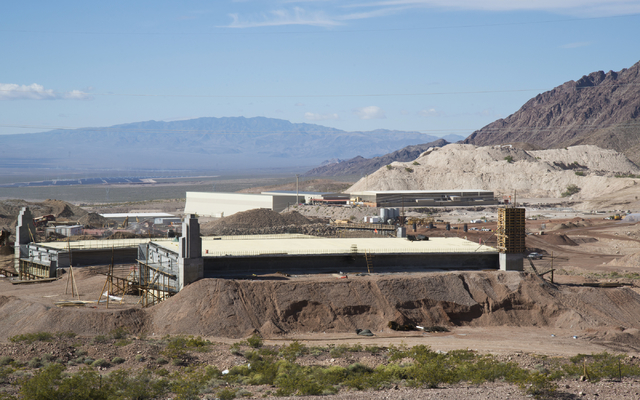 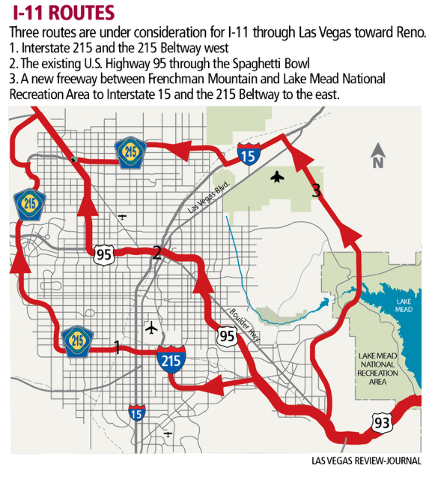 It’s still a long way off, but Henderson business representatives have begun collaborating to determine which Interstate 11 corridor would be the best for Nevada’s second-largest city.

More than 100 people packed a ballroom at the Railroad Pass on Wednesday night to get an update on construction progress on I-11 occurring just outside the property’s doors and to start what could be a 10-year process to select a freeway corridor for the route heading north toward Reno.

Scott Muelrath, president of the Henderson Chamber of Commerce, told the group that though decisions won’t occur for years, business representatives are starting to think strategically about what route would be in the best interest of the business community.

Once traffic gets around Boulder City, south of Henderson, the I-11 route would go north into the Las Vegas Valley, where three potential routes are under consideration. Exiting the valley in the north, the I-11 corridor would run along existing U.S. Highway 95 toward Indian Springs.

Two of the three proposed routes use mostly existing highway infrastructure that might have to be expanded. The routes entering the valley from the south include:

■ West on Interstate 215 past Interstate 15 and on the 215 Beltway to the northwest where a new connection would link the Beltway to U.S. 95.

■ A new freeway that would be built between Frenchman Mountain (known as Sunrise Mountain) and the Lake Mead National Recreation Area, emerging at I-15, where it would connect with the 215 Beltway west to U.S. 95. Planners view the route as a potential completion of an entire loop around the Las Vegas Valley.

Chamber officials did not discuss what criteria would be used to determine what’s in the best interest of the community, noting that evaluations would occur later in the process.

Business leaders, meeting at a mixer of the Henderson Development Association, received an update from representatives of the Regional Transportation Commission of Southern Nevada and the Nevada Department of Transportation on the 15-mile Boulder City bypass, which is under construction and is expected to be completed in 2018.

Tina Quigley, general manager of the Regional Transportation Commission, said construction is ahead of schedule on the $318 million project, which will link the Mike O’Callaghan-Pat Tillman Memorial Bridge over the Colorado River at Hoover Dam with the freeway endpoint of U.S. 95 near Railroad Pass.

The project is being done in two simultaneous phases by two separate contractors: the northern 2.5 miles by the Department of Transportation and Fisher Sand & Gravel and the other 12.5 miles by the RTC and Las Vegas Paving.

Quigley said the only snag has been coordinating schedules between the two contractors, but most issues have been resolved, and the project is proceeding smoothly.

Bridge structures already have begun to take shape on the NDOT portion of the project, and the entire 12.5-mile loop has been graded on the RTC section.

Blasting is underway on the far southern portion in the mountains near the Hoover Dam Lodge. That’s where contractors are required to mitigate naturally occurring asbestos. All along both sections of the route, contractors also are required to relocate desert tortoises they discover.

NDOT will study route alternatives and conduct environmental studies on the northern portion, which generally will follow the U.S. 95 right-of-way. It hasn’t been determined whether the route would veer west toward Carson City or continue north toward Interstate 80 at Fallon.

To the south, Arizona officials already have committed funding to study the I-11 route, which generally follows the U.S. Highway 93 corridor from the Nevada border to Wickenburg, Arizona. At Wickenburg, the Arizona Department of Transportation has begun studying options for a new freeway west of Phoenix that would run south to connect with Interstate 10.

Arizona also has begun negotiations with Mexico to connect that country’s main highway from Mexico City to the border town of Nogales. The Arizona department envisions a route that would run from Mexico City to Nogales, then north on Interstate 19 from Nogales to Tucson, I-10 to Phoenix to the new freeway west of Phoenix and north through Wickenburg and Kingman to the Nevada line.

The vision for the corridor is to connect Mexico with Canada through Nevada, a plan that could take 50 years to complete.