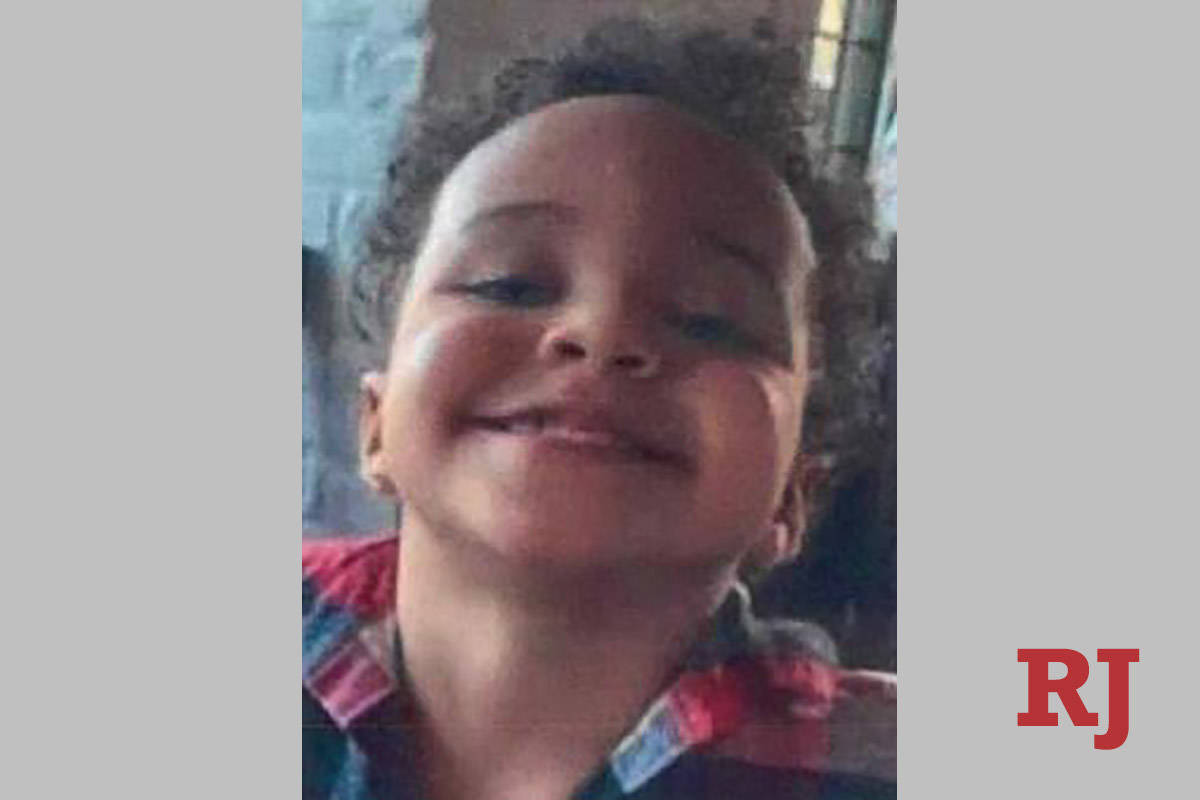 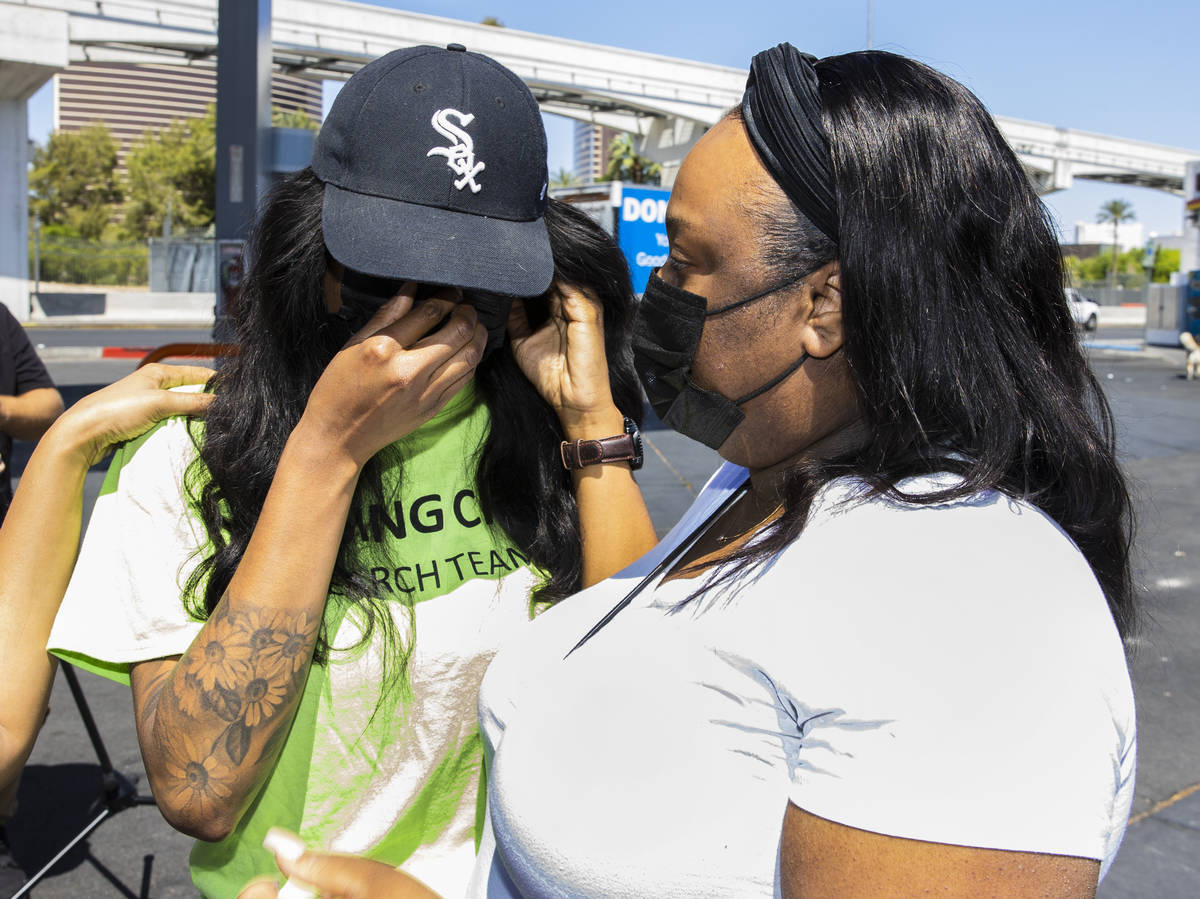 Yolanda Everett, left, comforted by her sister D'Errica Perryman, both Amari Nicholson's, a child missing in the area since last week, aunts during a press conference outside of Emerald Suites on Elm Drive and Paradise Road, on Monday, May, 10, 2021, in Las Vegas. (Bizuayehu Tesfaye/Las Vegas Review-Journal) @bizutesfaye 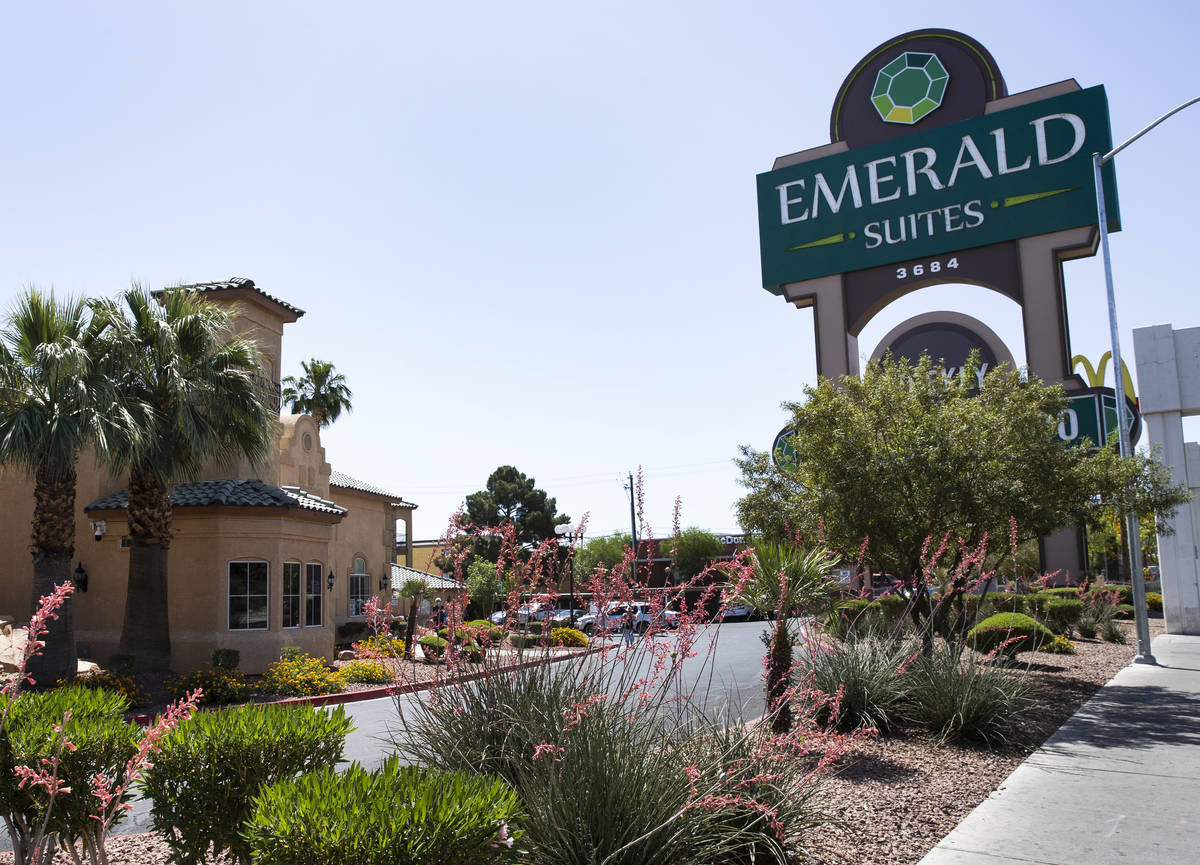 Emerald Suites shown on Elm Drive and Paradise Road where Amari Nicholson, a child missing in the area since last week, lives, on Monday, May, 10, 2021, in Las Vegas. (Bizuayehu Tesfaye/Las Vegas Review-Journal) @bizutesfaye 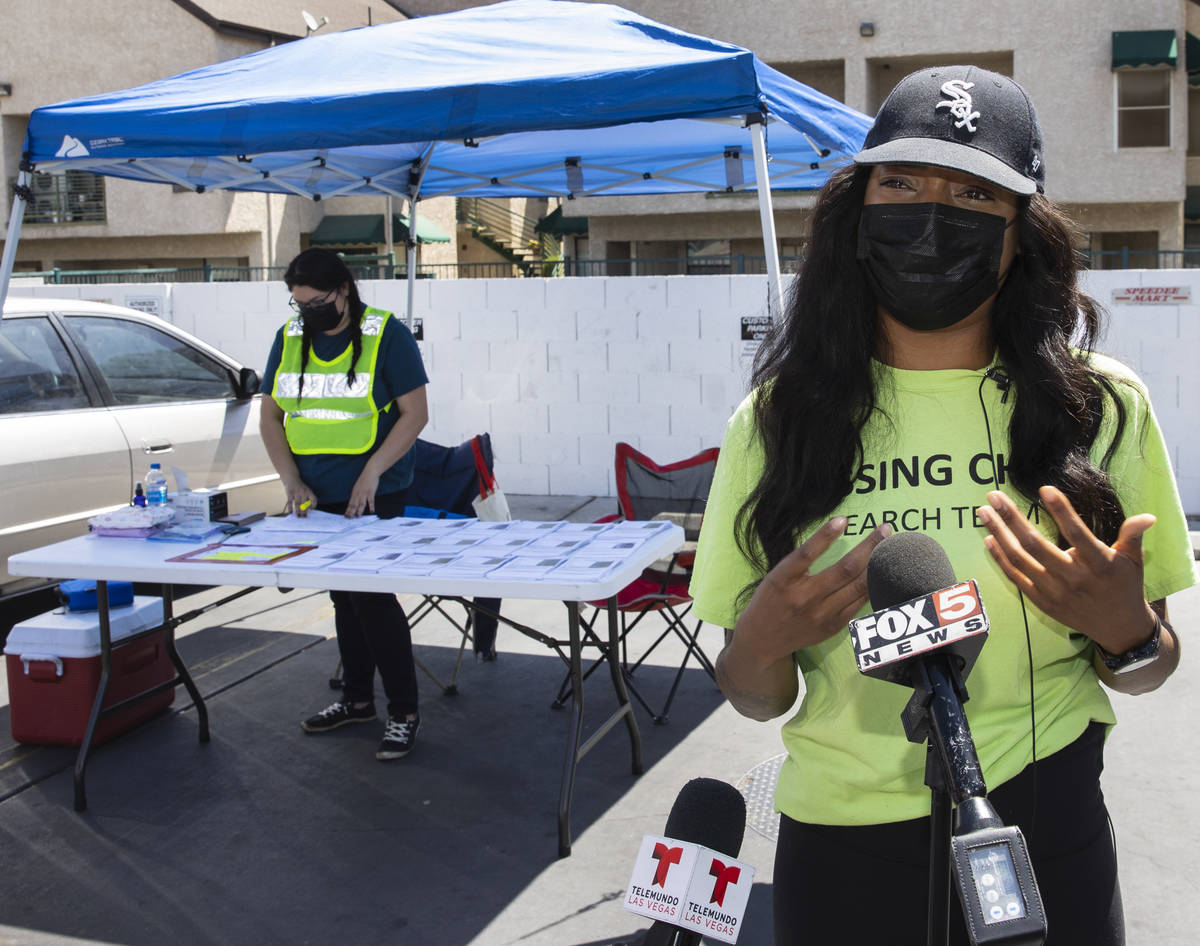 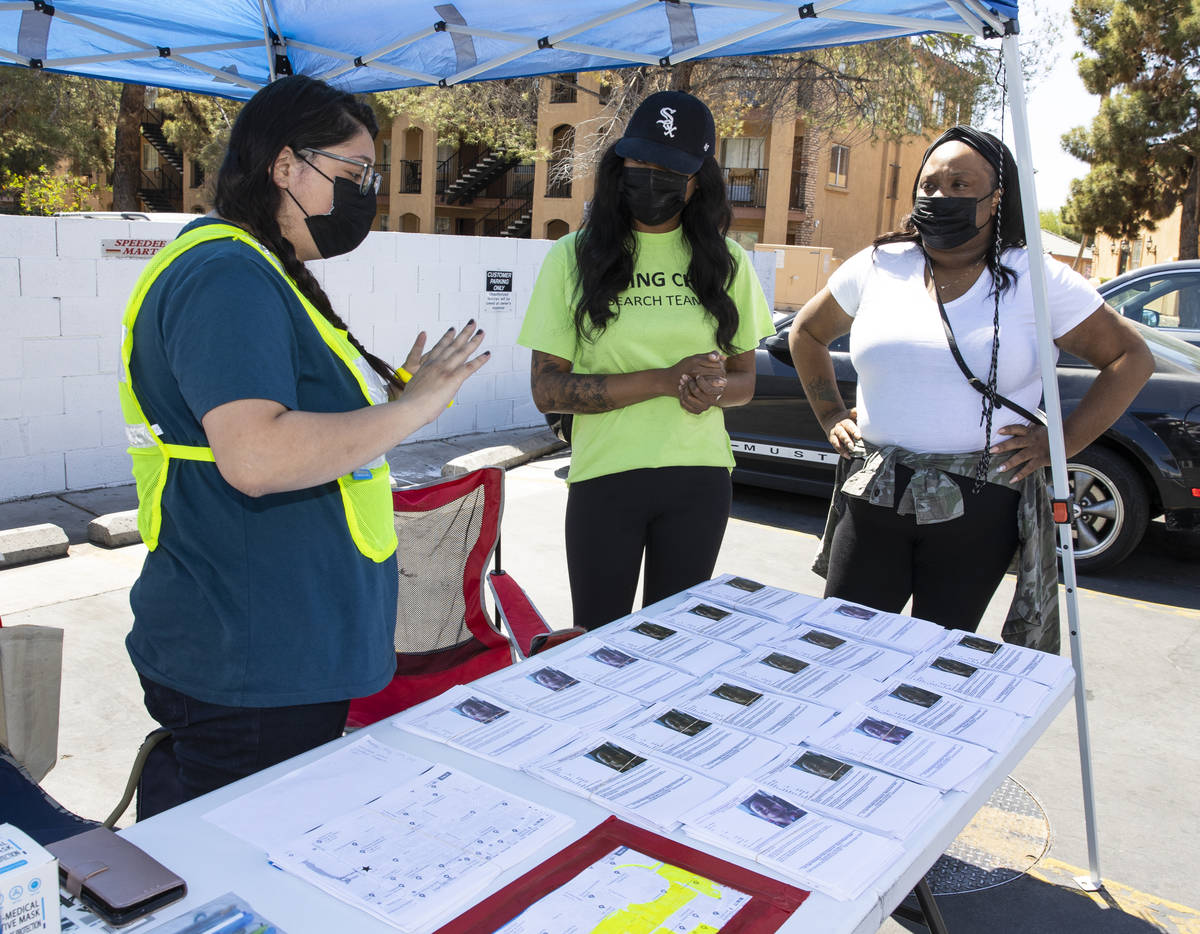 Heather Doto, left, program manager at Nevada Child Seekers, talks to Yolanda Everett, center, and D'Errica Perryman, both Amari Nicholson's aunts prior to a press conference outside of Emerald Suites on Elm Drive and Paradise Road, on Monday, May, 10, 2021, in Las Vegas. Amari Nicholson has been missing in the area since last week. (Bizuayehu Tesfaye/Las Vegas Review-Journal) @bizutesfaye 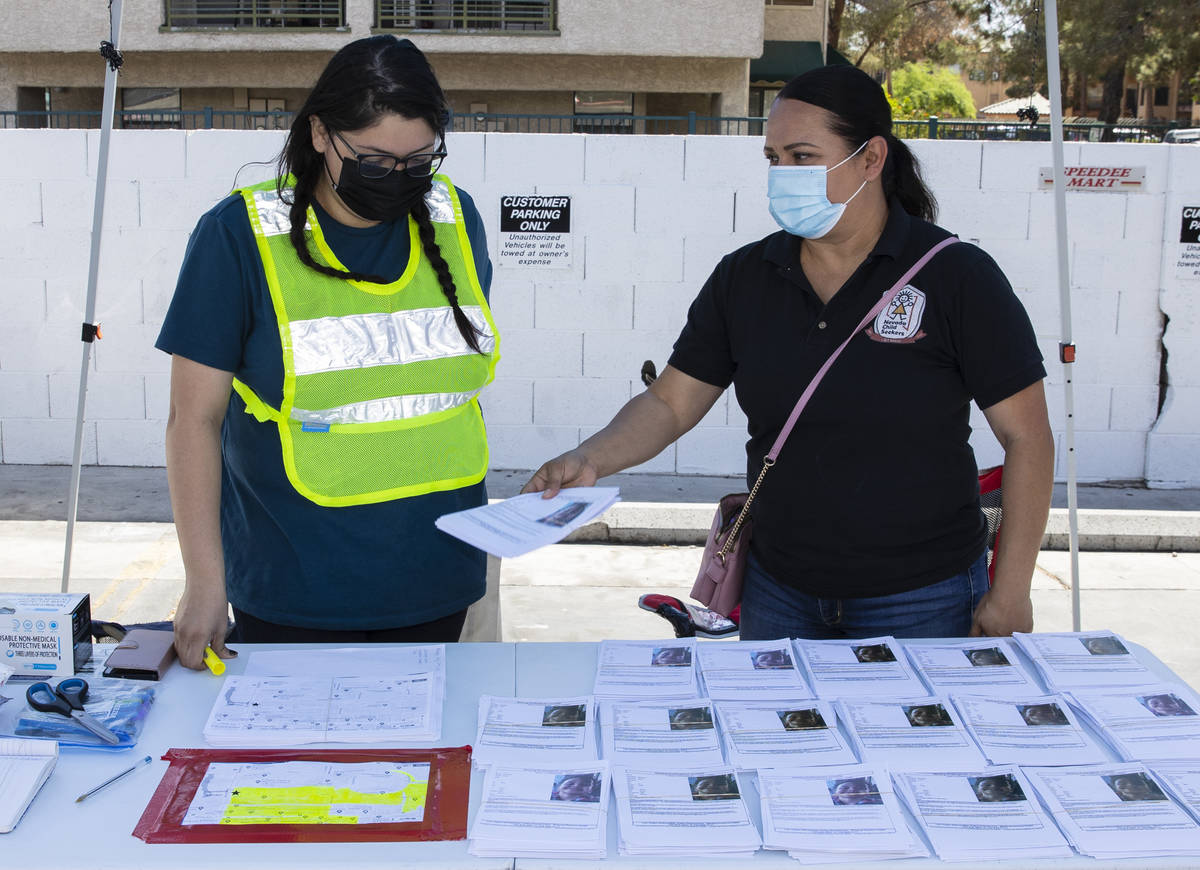 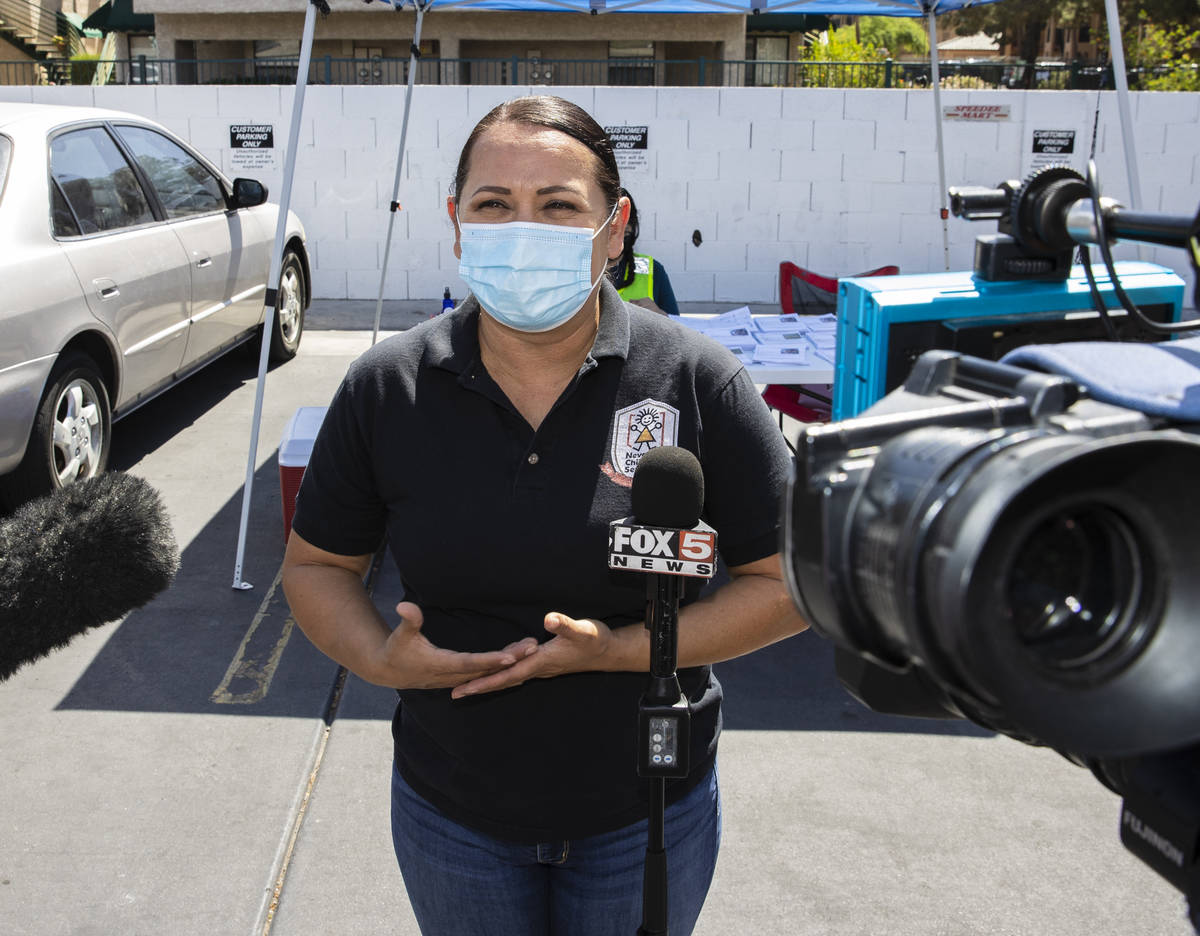 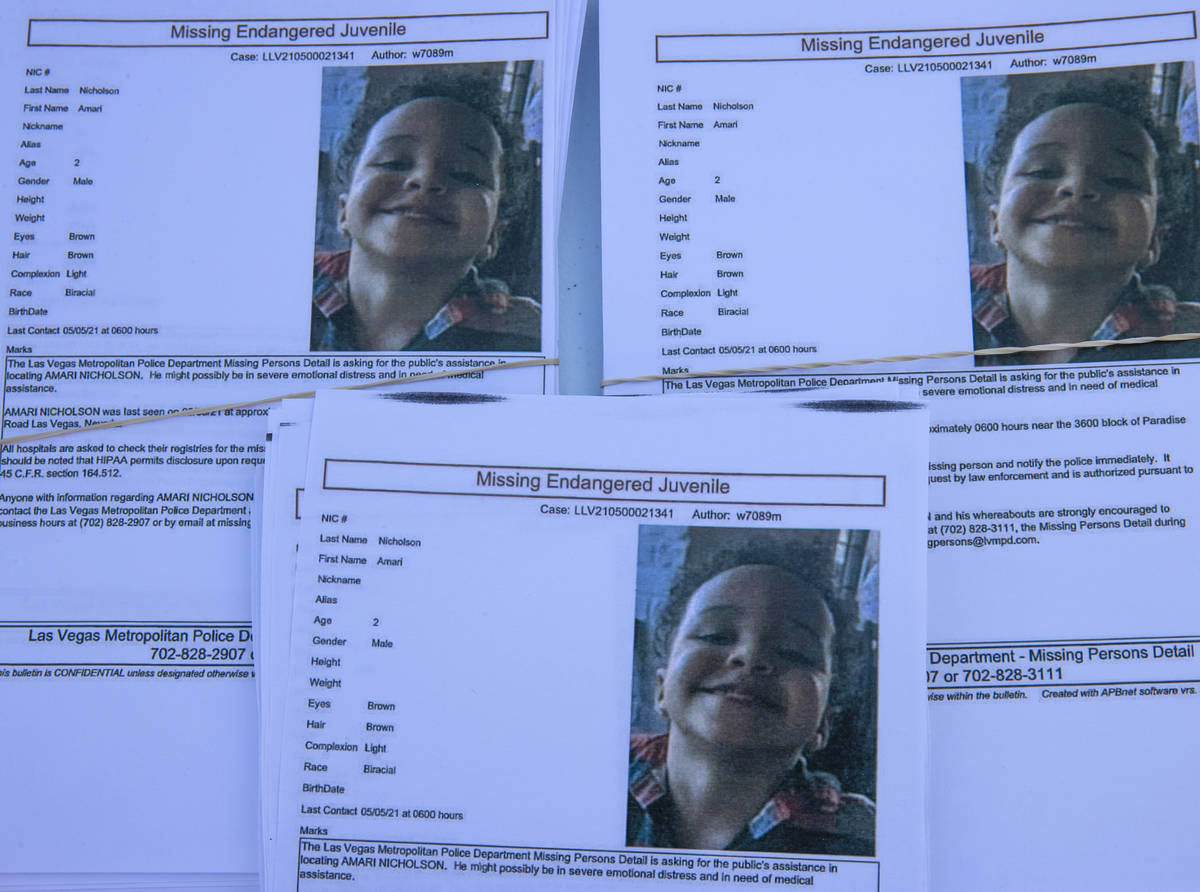 Missing endangered juvenile flyers are displayed outside of Emerald Suites on Elm Drive and Paradise Road, on Monday, May, 10, 2021, in Las Vegas. Amari Nicholson, 2, is missing in the area since last week. (Bizuayehu Tesfaye/Las Vegas Review-Journal) @bizutesfaye 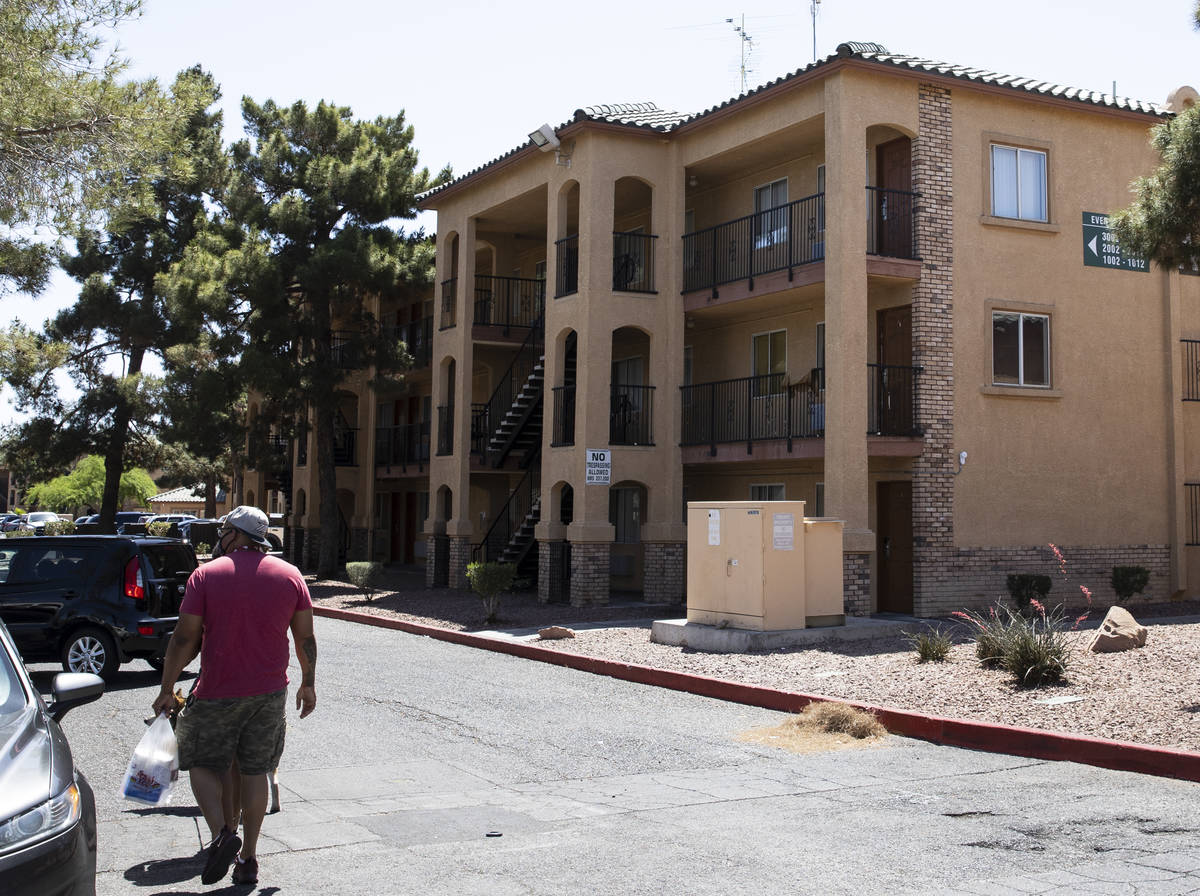 Residents arrive at Emerald Suites on Elm Drive and Paradise Road where Amari Nicholson, a child missing in the area since last week, lives, on Monday, May, 10, 2021, in Las Vegas. (Bizuayehu Tesfaye/Las Vegas Review-Journal) @bizutesfaye

The search for a toddler who went missing five days ago in central Las Vegas continued Monday as volunteers handed out flyers in the area where the boy disappeared and relatives pleaded for the public’s help.

Police have released few specifics about Nicholson’s disappearance. Everett said the child was in the care of his mother’s boyfriend Wednesday morning at the Emerald Suites while Nicholson’s mother, Tayler Nicholson, was out of state in Colorado. The boyfriend told police that a woman showed up at the apartment the couple shared. The visitor claimed to be a paternal family member of Nicholson’s, and that she was there to pick up the child.

“He said he’d never seen the woman,” Everett said of the boyfriend’s account. “He just said she was related to my brother and that she took Amari from this complex, ran down the stairs, and we haven’t seen him since.”

Nicholson’s father, Jrygio Hayes, of the Reno area, was in Las Vegas over the weekend helping to search for his missing son. Tayler Nicholson could not immediately be reached for comment Monday.

“Please help look and please share all posts of Amari help bring our baby home,” Tayler Nicholson wrote on her Facebook page late last week as she asked for help in finding her son.

Everett said several family members of Amari have had their homes searched by police since the child disappeared.

Volunteers with Nevada Child Seekers gathered at Elm Drive and Paradise Road at 10 a.m. to help resume the search for Amari. The volunteers were planning to continue searching and hand out flyers until 4 p.m., said Margarita Edwards, the nonprofit group’s executive director.

Las Vegas police received a report at 3:10 p.m. Wednesday indicating the child was kidnapped, according to Metro dispatch logs.

“Officers and detectives have been following any leads or tips which may lead to the location of the child,” police said.