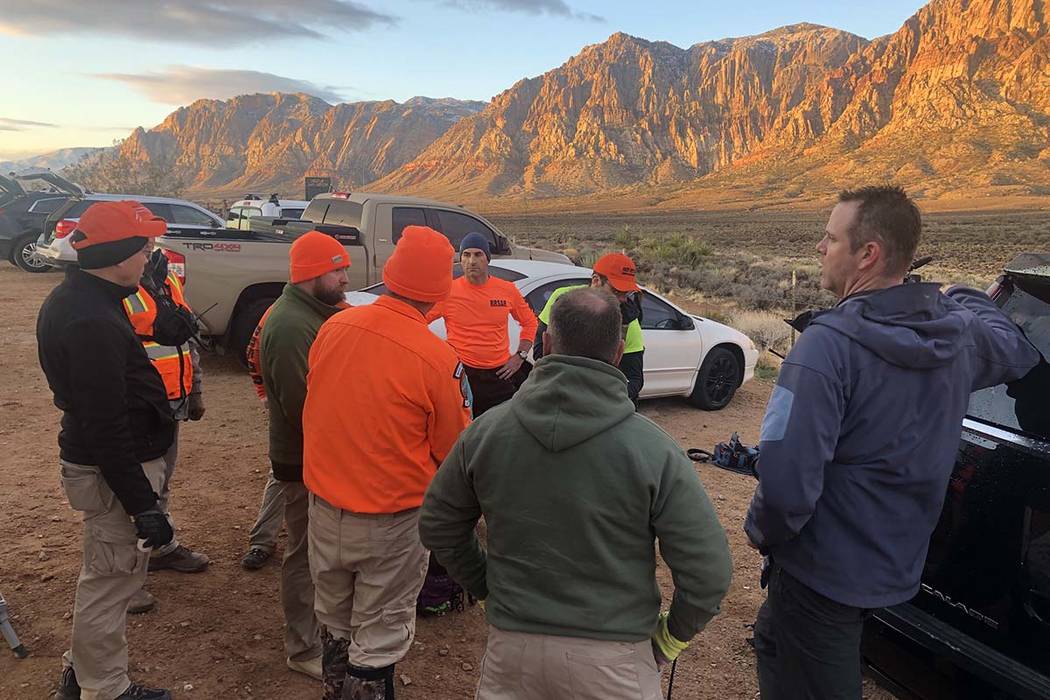 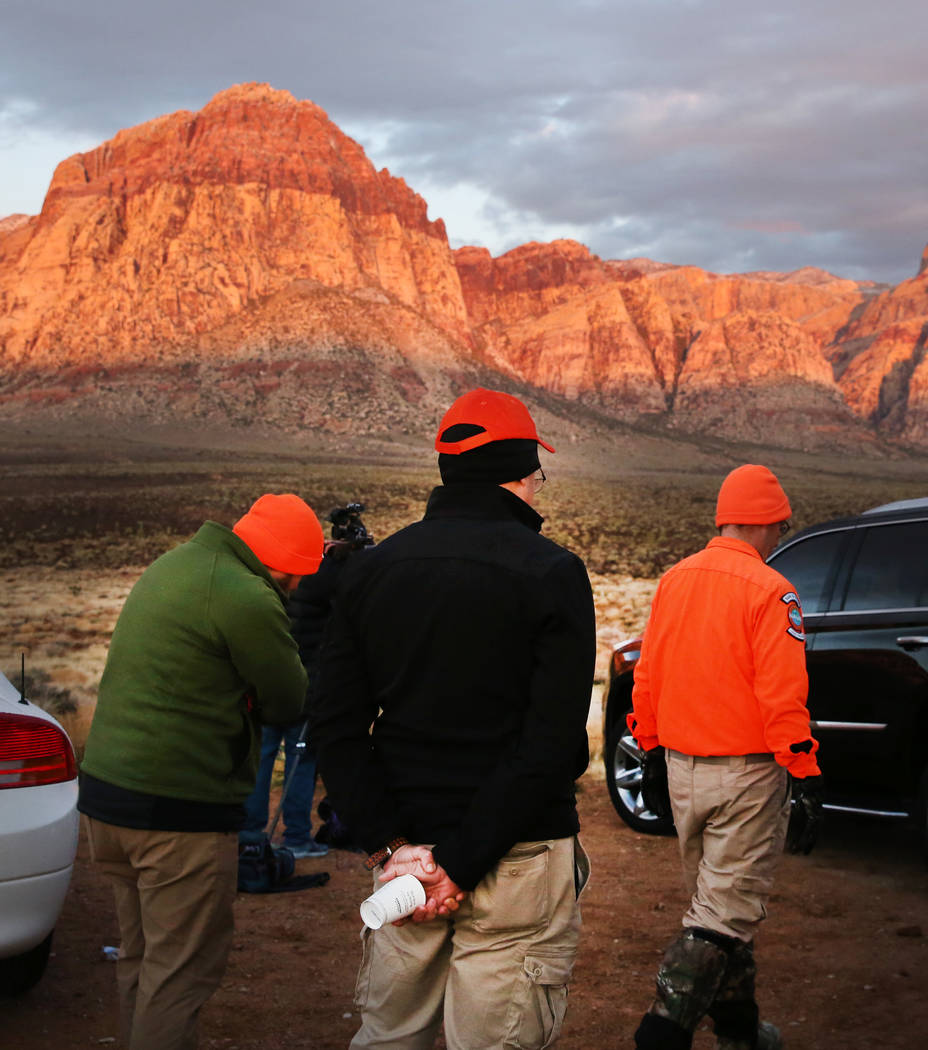 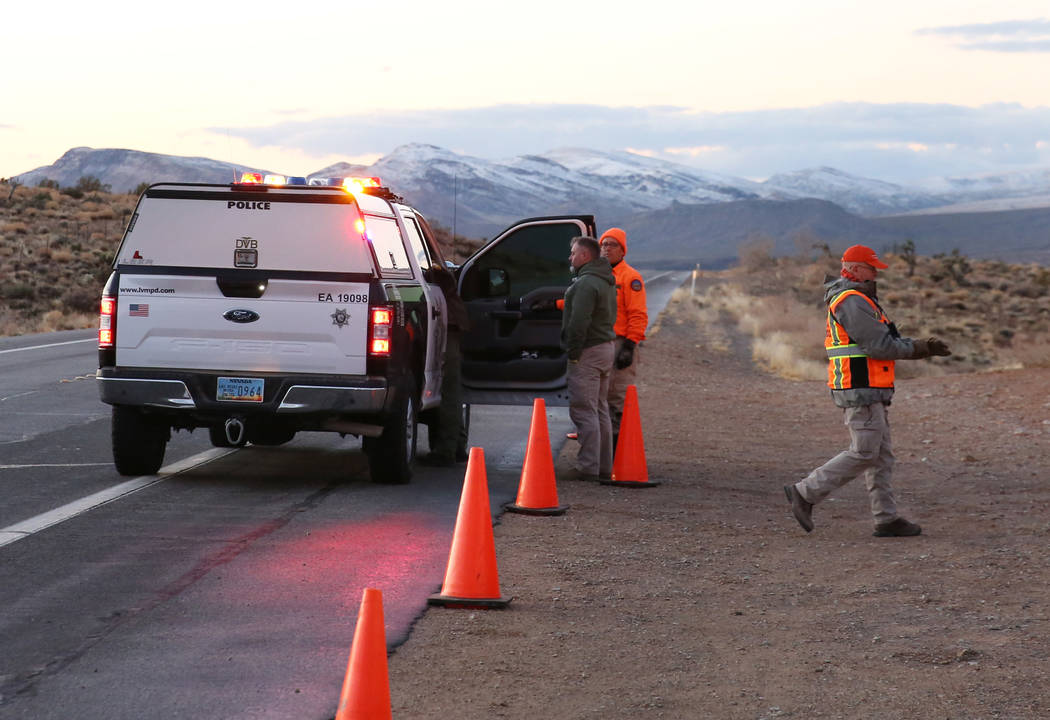 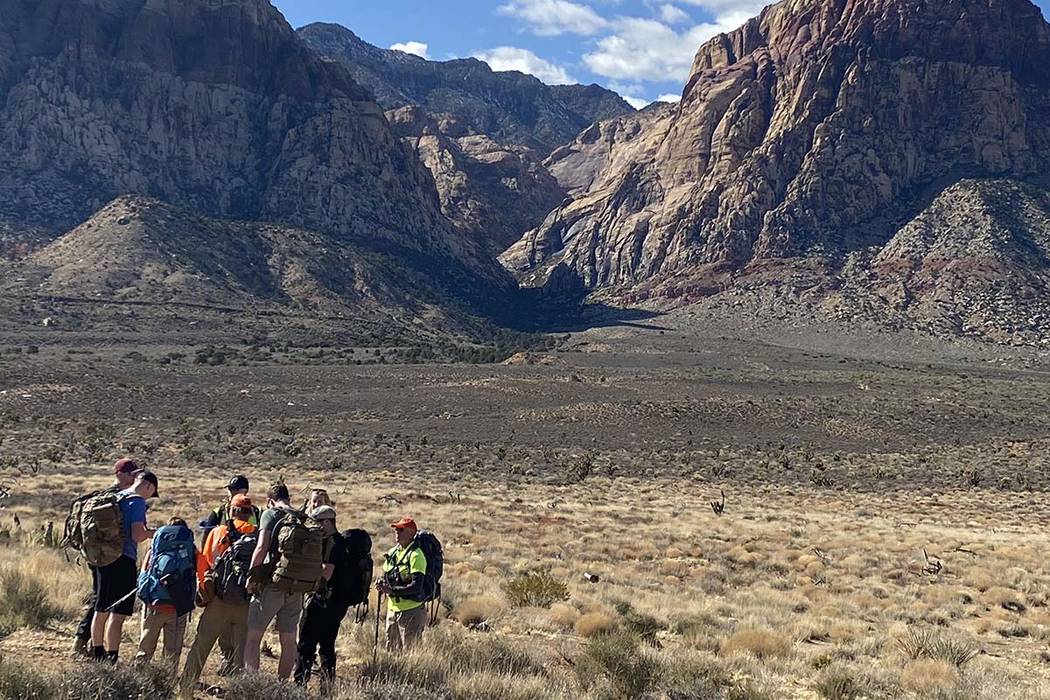 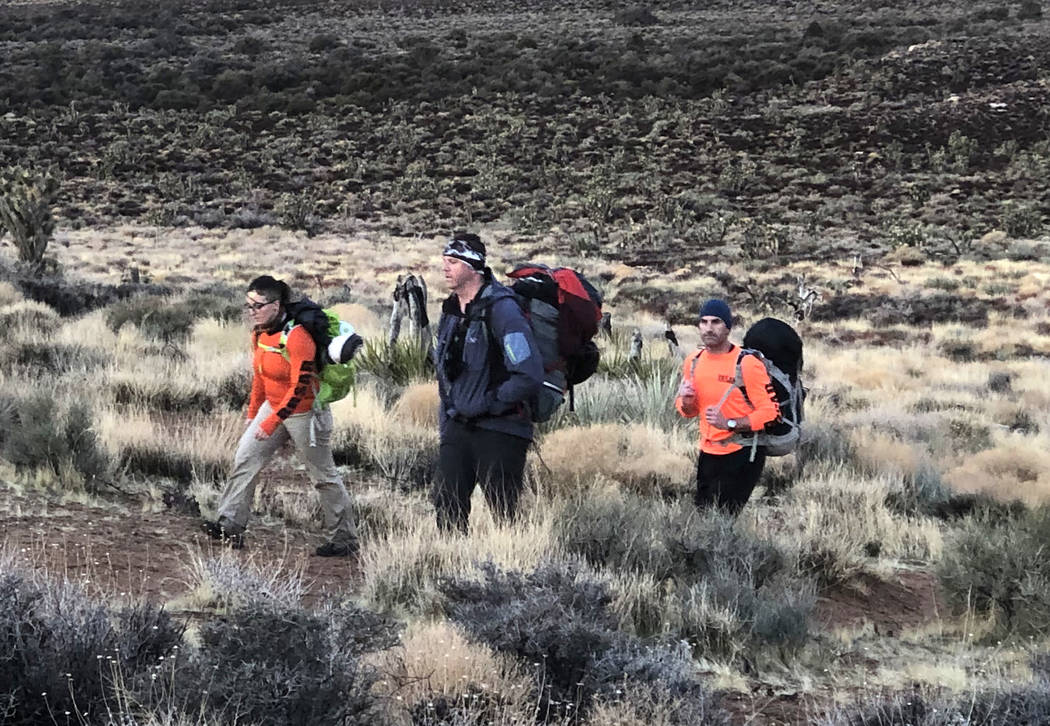 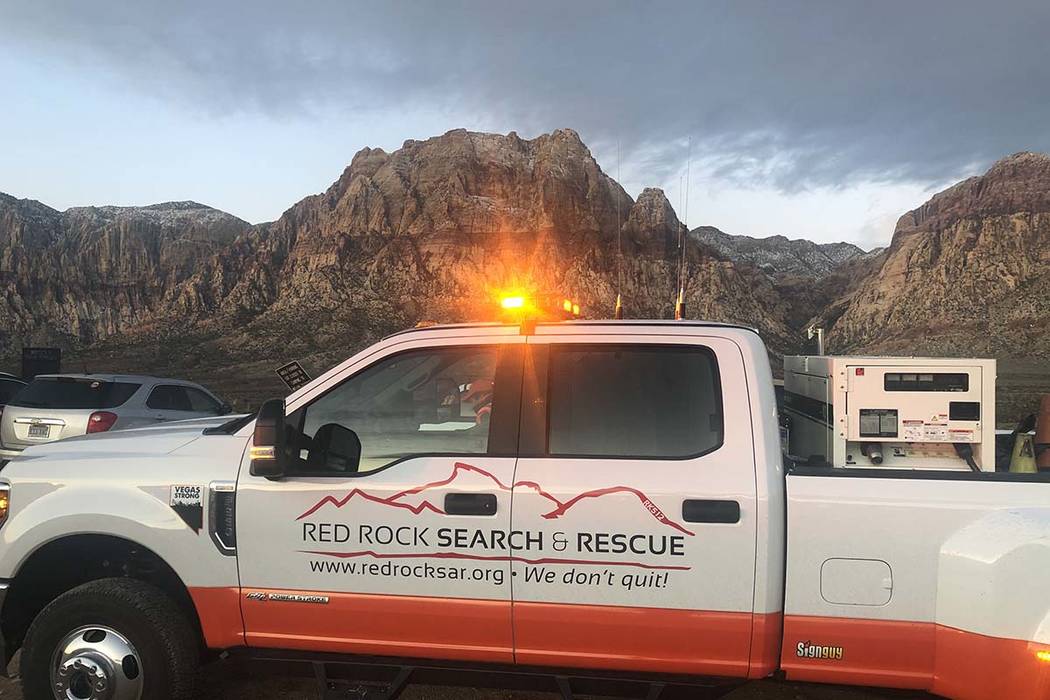 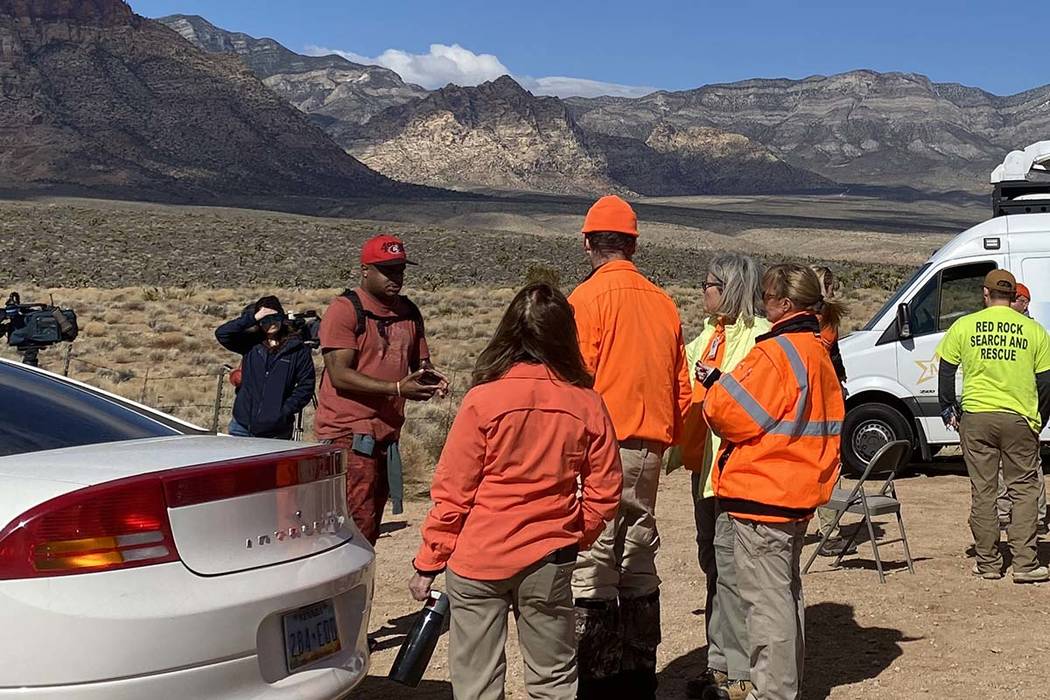 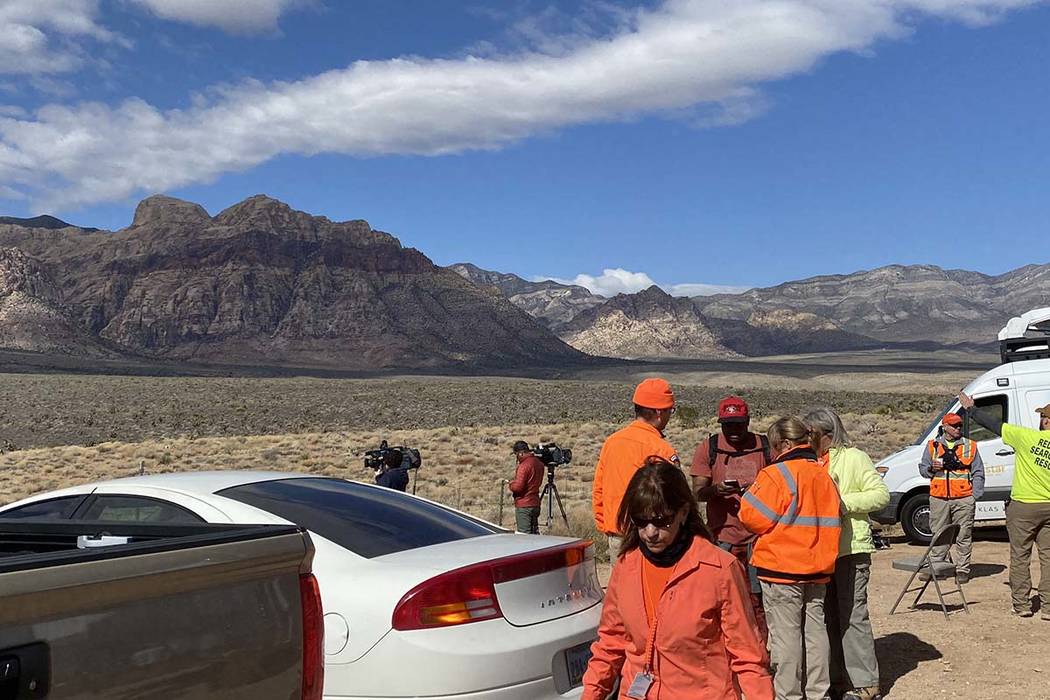 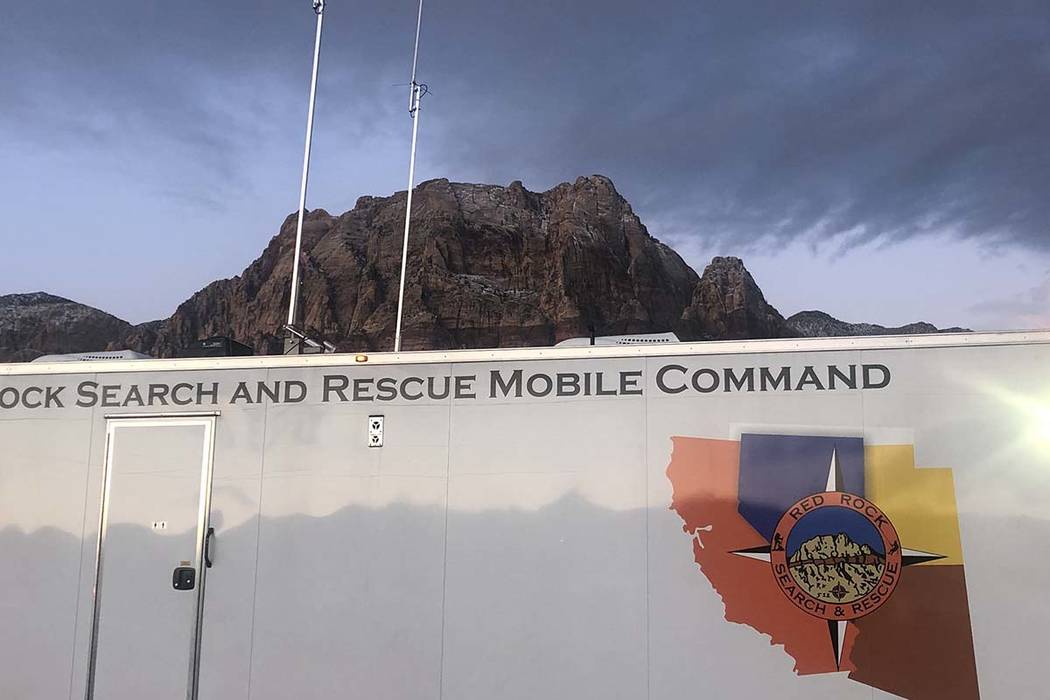 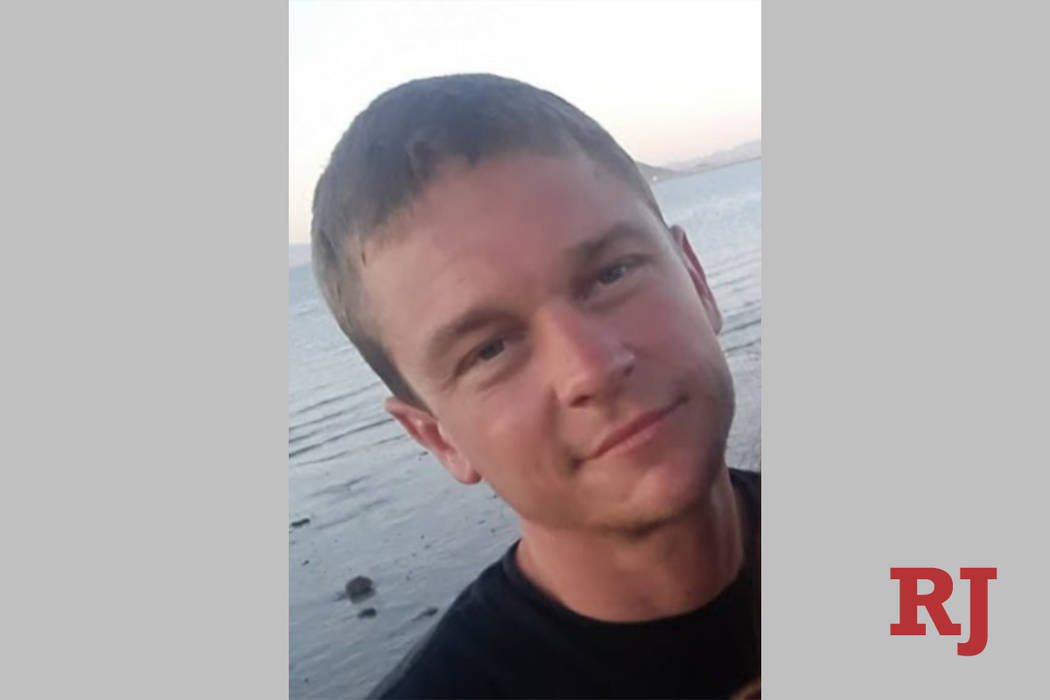 Searchers were holding out hope that a hiker reported missing Sunday at Red Rock Canyon National Conservation Area would be found safe, but they hadn’t had any luck as of Monday night.

The 33-year-old Las Vegas man, identified as Ronnie Lucas by Red Rock Search & Rescue team leader Donald Moore, was reported missing by his wife at 4:45 p.m. Sunday, according to members of the all-volunteer team. Searchers looked for him throughout the night in rugged terrain in the general vicinity of the Oak Creek Trail.

Incident commander Scott Hayes said it is possible Lucas could still be alive despite strong winds and cold temperatures overnight that approached the freezing mark.

“As long as there are no mechanical injuries and he was able to get out of the wind and rain last night, I see no reason, you know, (why) we shouldn’t find him,” Hayes said.

A Las Vegas police helicopter flew over the search area as well.

Lucas’ vehicle was found in a parking area roughly 2 miles past the conservation area’s main entry. He was not equipped for difficult weather conditions and was wearing clothing typical for a day hike only, Hayes said.

“We don’t know that he had any supplies with him other than a couple bottles of water,” Hayes said.

Complicating matters further is the fact that Lucas is a Type 1 diabetic. Searchers said they are not aware of the man having diabetes-related supplies with him.

Lucas did tell his family a general area where he was going to be hiking by himself. Hayes said searchers are covering a very large area in looking for the man.

Dr. Marc O Griofa, another member of the search and rescue team, said Lucas phoned his wife around 4:30 p.m. Sunday and told her “he was lost and trying to find his way back. He sounded a little bit panicked and tired.”

One volunteer, Greg Wright, 35, of Las Vegas, said he and other members of the Las Vegas hiking group Hiketastic started helping search for Lucas at 7:50 a.m. Monday. Wright said he found two jackets and fresh orange peels in the area where the man was believed to be hiking.

“What I found was a string of clothes — clothes laying out,” Wright said, adding “I found footprints, and I found fresh orange peels.”

Search and rescue team leader Donald Moore said at about 7:30 p.m. Monday that there was a team of 32 people still searching, and that they’d be out until about 11 p.m. He said the group would return Tuesday morning to reevaluate the situation with police and continue the search.

Family members of the missing man were at a command center as the search continued but declined comment through volunteer AnJaneen Simenson.

“The family has asked for their privacy to be respected,” Simenson said.