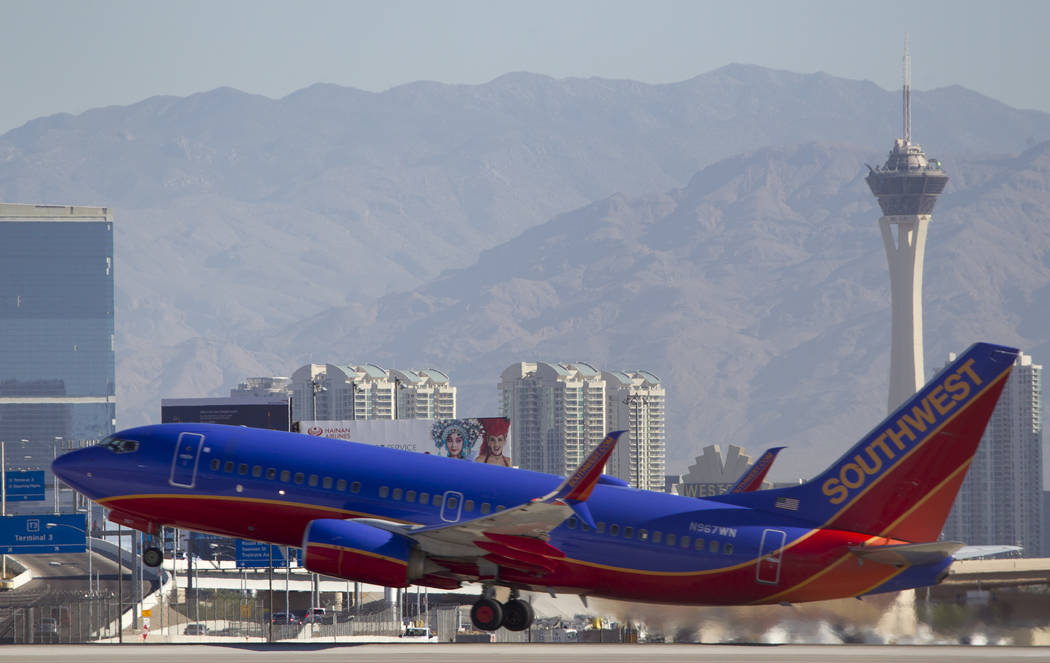 Southwest Airlines contacted Metro during a flight from Atlanta about a couple that was “all over each other” in their seats, and were asked to stop multiple times, McCarran Airport spokesman Michael Oram said.

The plane, scheduled to land at 8:10 a.m., was met by police at the gate where neither the flight crew nor any passengers stuck around for comment, Metropolitan Police Lt. John Liberty said.

The couple was identified, but no arrests have been made, Liberty said.

The investigation will not proceed any further by Metro, he said.