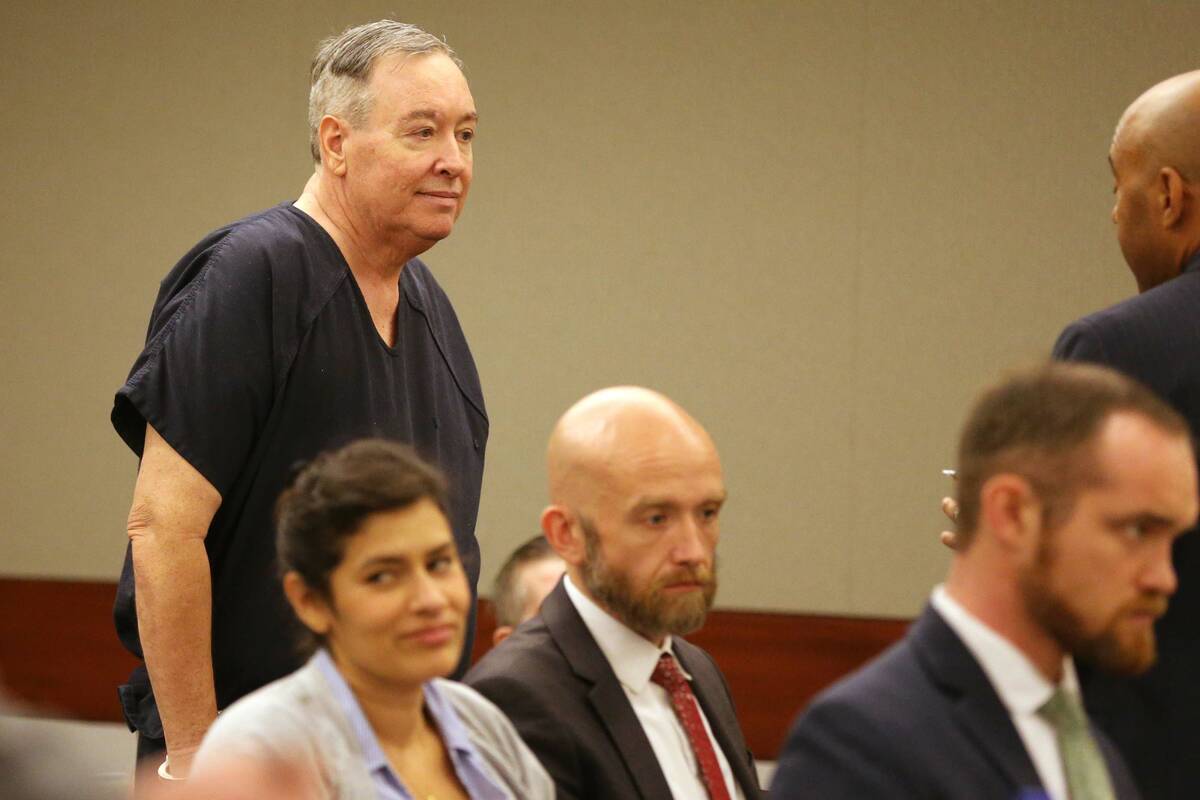 Packe retired from Metro in August after three years supervising the department’s counterterrorism unit, which works with local and federal agencies to vet tips of possible threats to the Las Vegas Valley. He described sovereign citizens as residents who believe state laws do not apply to them and that state courts and local police do not have jurisdiction. Packe added that the ideologies can vary for each person, but they are generally confrontational with police officers.

The FBI defines the movement as anti-government extremists who do not believe they are residents of the United States, and therefore they do not need to file taxes, obtain driver’s licenses or abide by local laws.

Clark County Sheriff Joe Lombardo said he is mostly worried about people working outside an organized group with anti-government beliefs, regardless of whether they consider themselves sovereign citizens.

“Sovereign citizen is a definitive threat,” he said. “It has increased overtime in the last few years, individuals that have an axe to grind with government or society.”

Gary Miller, a Las Vegas man arrested in December 2019, is accused of sending homicidal calls to a local urology center and his own mother before holding U.S. Postal Service workers at gunpoint, according to a police report.

When officers pulled Miller from his truck, he was wearing body armor, carrying a handgun in his front waistband and carrying a handgun in a holster with a loaded extended magazine on his belt, a prosecutor said after he was indicted in January. Inside the truck, police found an AR-style firearm in a backpack, another handgun in his glove box, a pry bar, two hammers, two hatchets, a wrench, wire cutters, pliers and knives.

“Either you take care of this or I take care of you,” Miller said in one of the calls, according to the prosecutor.

Miller, who was unemployed at the time of his arrest, has lived in Clark County since 2006, and previously worked as a car washer and in security, his lawyers wrote. He is scheduled for trial in January, and his lawyers recently said Miller will enter a not guilty plea in the case.

UNLV professor Robert Futrell, who studies political extremism and white nationalism, said that since the late 1990s, groups with similar anti-government ideologies have tried to decentralize, or appear as lone wolves so they can’t be tracked as easily. Futrell has studied how these groups alter their public messages and hide tattoos to blend in more.

“There’s a stigma that obviously goes with being an extremist,” he said. “So to avoid daily confrontation or loss of jobs, they sought to soften, sterilize and work under the radar.”

“It’s not illegal to have an ideology,” he said. “It’s illegal to further these ideologies through crime.”

Michael Dickerson, a prosecutor for the Clark County district attorney’s office, said his office works closely with Metro during terrorism investigations to determine when an ideology has risen to the level of a crime.

“There are extremists preparing for events,” he said. “We can charge them before committing those acts with possession of explosives, fraud or firearms charges.”

Lombardo declined to discuss the tactics Metro’s counterterrorism unit uses to investigate possible threats. Metro declined the Review-Journal’s multiple requests for an interview with the unit.

Chris Rasmussen, a Las Vegas defense attorney, said some sovereign citizens are “benign” and that the district attorney’s office tends to file charges in cases where there has been a specific victim. He explained that cases of driving without a proper license might be dismissed in court, while writing a false check would likely face prosecution. Rasmussen said both cases are common charges against sovereign citizens.

Dickerson said investigators have identified a few clear signs of radicalization that could lead to terrorism, including leakage.

“When somebody tells a friend of theirs or a family member they’re planning to commit an act of mass violence, that’s a prime indicator,” Dickerson said. “A big portion of counterterrorism cases revolve around threats, people making overt threats.”

Dickerson recalled Bryce Cuellar, a YouTuber who in 2016 pleaded guilty to one felony count of attempt of making threats or conveying false information concerning acts of terrorism. In a 15-minute video posted to his 14,000 followers, Cuellar sat alone on a couch displaying several guns, body armor and night vision goggles he owned. The video is no longer public, but can be accessed as evidence in the case file.

He yelled into the camera multiple times “I’m ready to pull the trigger” and blamed “the lesbians and the homosexuals” for enraging him.

“We’re going to kill you, Satanists,” Cuellar said, with his nose nearly touching the camera. “You’re going to die by my hand.”

Cuellar was granted probation in the case, but after posting another video he served jail time, Dickerson said.

Dickerson also explained the difficulties of handling cases involving sovereign citizens, who typically do not believe local courts have the right to prosecute them for a crime, especially if there is no victim. He said sovereign citizens often fire their attorneys and delay their cases by filing motions that are not pertinent to the case.

Dickerson prosecuted Thomas Benson on multiple cases, including a 2019 case for ownership of a firearm by a prohibited person and a second case in 2018 for intimidating a public officer.

He pleaded guilty in both cases and was sentenced to 76 days in jail for each case, but received 76 days worth of credit for time served, according to court records.

Benson was indicted in 2018 and ordered to serve a suspended sentence of two to five years in state prison, with 173 days credit for time served, after violating his probation from a prior case.

Benson was a documented sovereign citizen with prior arrests in California and Nevada whose cases featured the alleged takeover of a bank-owned home, nonsensical court filings, orders from a nonexistent court, squatting accusations and a mysterious associate known as Nana I Am, court records show.

The prosecutor explained: “He essentially was one of those guys who would come in and just say, ‘I demand we only proceed under common law in a court of record and this is not that. The fringe on the flag indicates that this is martial law and based upon that you have no jurisdiction over me.’”