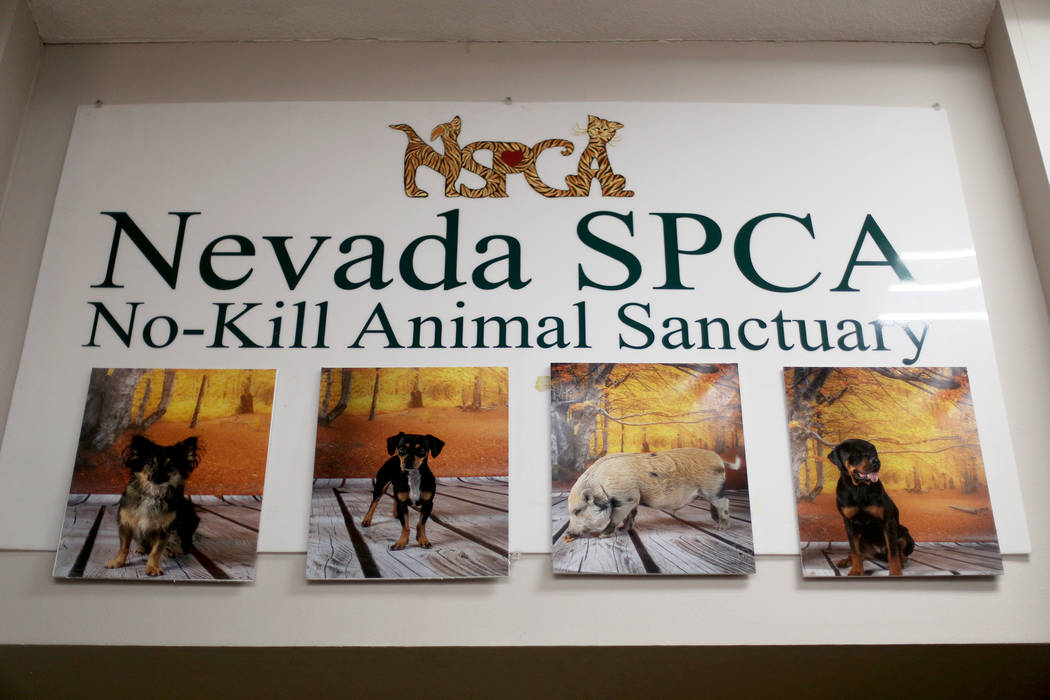 The Nevada Society for the Prevention of Cruelty of Animals in Las Vegas, Monday, April 15, 2019. NSPCA announced Friday that the entire board is stepping down after accusations against the president emerged that she used spending funds for personal use. The Reno-based Humane Network took over, and will create a new board and hire a new director. (Rachel Aston/Las Vegas Review-Journal) @rookie__rae 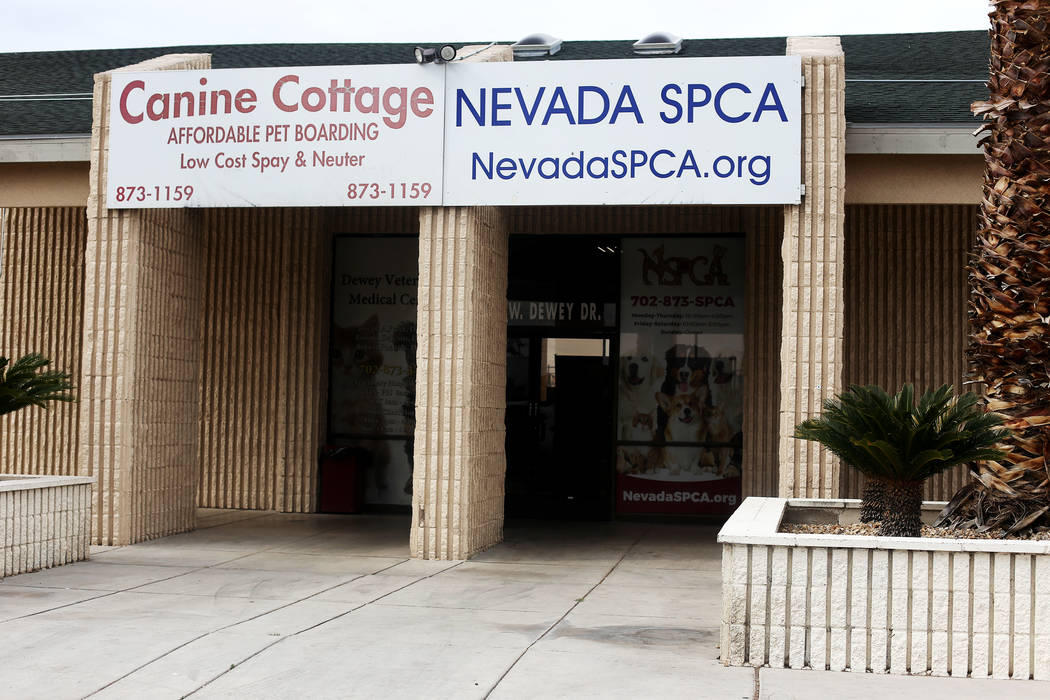 The Nevada Society for the Prevention of Cruelty of Animals in Las Vegas, Monday, April 15, 2019. NSPCA announced Friday that the entire board is stepping down after accusations against the president emerged that she used spending funds for personal use. The Reno-based Humane Network took over, and will create a new board and hire a new director. (Rachel Aston/Las Vegas Review-Journal) @rookie__rae

Southern Nevada’s only no-kill animal shelter is suing its ousted president for allegedly refusing to hand over important account information to the organization’s new trustee, according to court documents.

The lawsuit, filed last month in District Court, accuses Kathlene Jung, former president of the Nevada Society for the Prevention of Cruelty to Animals, of “impinging upon the Nevada SPCA’s property rights” by refusing to relinquish the organization’s email account information on “multiple occasions.”

The Nevada SPCA’s email account contains work product, donor records, fundraising records and other vital account information, including log-ins for Amazon.com and other suppliers, “and it is therefore essential that this data and content be preserved and returned to Nevada SPCA,” the lawsuit said.

It also stated that Jung’s continued use of the account will “cause irreparable harm to the Nevada SPCA’s reputation and goodwill” and “creates a false impression that Ms. Jung is still affiliated with and or has authority on behalf of the Nevada SPCA.”

The email account information was given to Jung when she assumed her position as president in January 2018, and “unbeknownst to the Nevada SPCA, Ms. Jung changed the password for the account,” according to the complaint.

Reached by phone Monday for comment about the complaint, Jung told the Review-Journal, “I haven’t been served with anything. I can’t comment on it right now, since I haven’t seen it.”

Jung came under scrutiny in March, when Las Vegas attorney and former board member Tina Walls filed a complaint with the state attorney general’s office accusing her of spending funds from the shelter’s purse for personal use, according to records obtained by the Las Vegas Review-Journal.

Jung resigned the next month and the entire board also stepped down after deciding to turn over shelter operations to the Reno-based Humane Network.

In her complaint, Walls wrote that while reviewing the agency’s financial records after being elected to the board in February, she quickly “became alarmed at the escalating nonanimal-related spending.”

She accused Jung of spending more than $148,000 on a Nevada SPCA debit card last year, and she noted that spending on meals and entertainment at the organization had increased by “over three thousand percent” since 2018, according to the complaint.

At the time, Jung said in a statement that the complaint “was initiated by a disgruntled former board member.”

“The complaint has no merit and I intend to vigorously defend the accusations,” it said.

Court records show that Jung also was accused of misusing funds in 2004, when she worked as controller for Budget Rent-A-Car and Sales in Las Vegas.

She had been converting company checks into cashier’s checks, then using the funds to pay off personal loans and credit card bills, according to a criminal complaint charging her with 63 counts of theft.

Jung pleaded guilty in 2005 to a misdemeanor charge of attempted theft and was sentenced to probation, records show. A judge also ordered her to pay $285,000 in restitution.

A spokeswoman for the national ASPCA declined to comment on Tuesday, stating that the national organization is independent from SPCAs and humane societies nationwide.

The Attorney General’s Office declined to confirm the existence of an investigation into Jung’s actions at the Nevada SPCA, but the lawsuit states that one is being conducted.

Humane Network consultant Mark Robison told the Review-Journal on Tuesday that the allegations against Jung have resulted in a significant drop in big donations.

However, he said the shelter still has managed to take in animals and has adopted out almost 300 dogs, cats, rabbits, hamsters and guinea pigs in the last two months.

“We’ve just had a lot of great support from the community, and they can see and feel the difference at the shelter,” he said. “They’re rooting on the shelter, and that’s a good feeling.”

Fundraising efforts have been put on hold until a new board and president are announced in the coming weeks and an internal investigation has been completed.

All candidates for the board have been vetted, and those in charge of finances have gone through a criminal background check, Robison said.

“I believe they weren’t before, because they would have turned up Kathy’s history if they had done a background check,” he said.

The next step, Nevada SPCA’s attorney Michael Infuso said, is regaining control of its email and other accounts.

“I cannot say that (Jung) is using it in a nefarious way, but we’re concerned that it could be. The whole point is that the email address is company property, and there’s other risks, especially given the circumstances,” Infuso said.

The lawsuit seeks a preliminary and permanent injunction requiring Jung to turn over possession of the accounts and preserving the content associated with it, a declaration that Nevada SPCA is the rightful account holder, as well as damages in excess of $15,000 and attorney fees and court costs.