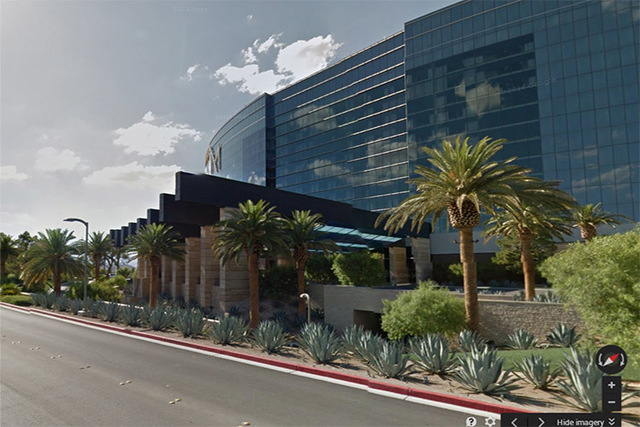 Henderson police investigated an apparent suicide near the buffet at the M Resort early Sunday evening.

Dispatch received a call at 4:50 p.m. about gunshots at the resort, 12300 Las Vegas Blvd. South, near the intersection with St. Rose Parkway. When officers arrived, they discovered that a man with a self-inflicted gunshot wound, Henderson police spokeswoman Michelle French said.

No one else was injured, though many witnessed the shooting. Several people who had gone to the buffet for an Easter meal posted tweets expressing their shock at the incident.

Sierra Abanilla, 13, was with her family in line at the buffet when the shot rang out.

“My brother and I were about (7 feet) away from him, but my grandma was about two steps from him,” the Silvestri Middle School student told the Review-Journal. “We heard this loud boom, and it sounded like a balloon that popped but it was too loud to be that. I was in shock … I couldn’t think, hear, or feel. It was like my senses just stopped working.”

Sierra said she saw the man lying on the ground with a pool of blood surrounding his salt-and-pepper hair. When the shock subsided, Sierra said the instinct to escape kicked in. She didn’t know it was a suicide, and she was worried her family was in danger.

“I saw my mom looking for her family and children,” she said. “We got to the car, my mom called the police and I called my dad. After that I went back out with my grandma and told my brother to stay in the car. I didn’t know what to expect. At the time all we knew was that someone was shot and dead.”

French said police also investigated a vehicle fire in the parking garage. It wasn’t clear if the two incidents were connected, she said. Casino security was able to put out the fire without incident.

The parking garage and the surrounding streets were shut down while police investigated, French said. The buffet was also closed. The rest of the casino remained open.

Basic details about the man, such as his age, were not immediately available. His identity will be released by the Clark County coroner’s office after his family has been notified.

“Families must have been terrified,” Sierra said. “Kids shouldn’t have to experience that, no one should.”