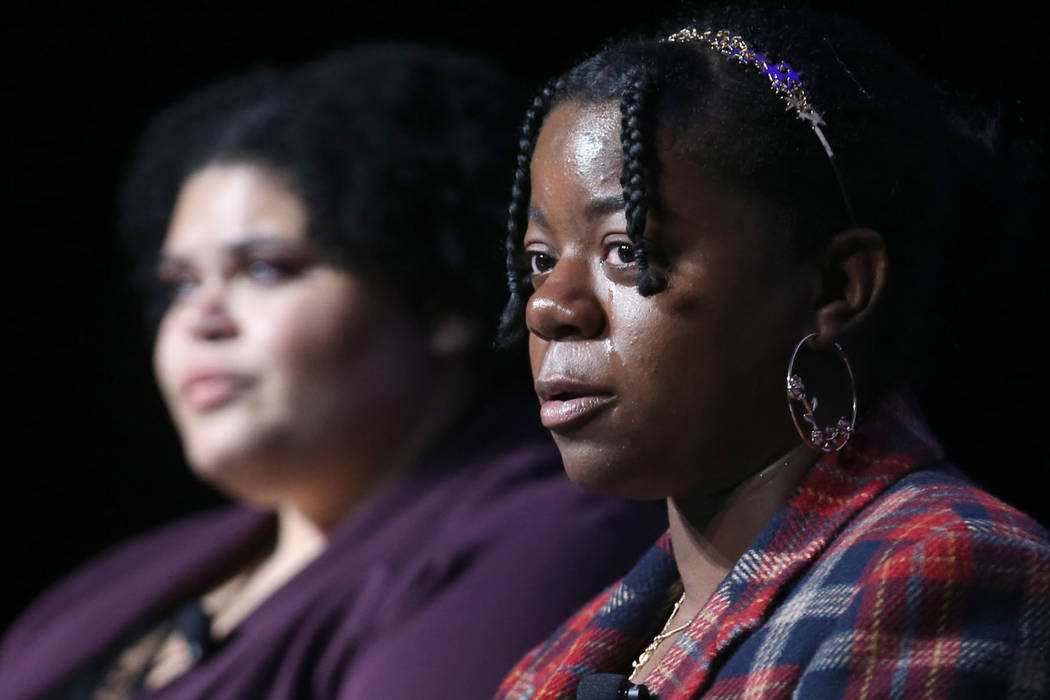 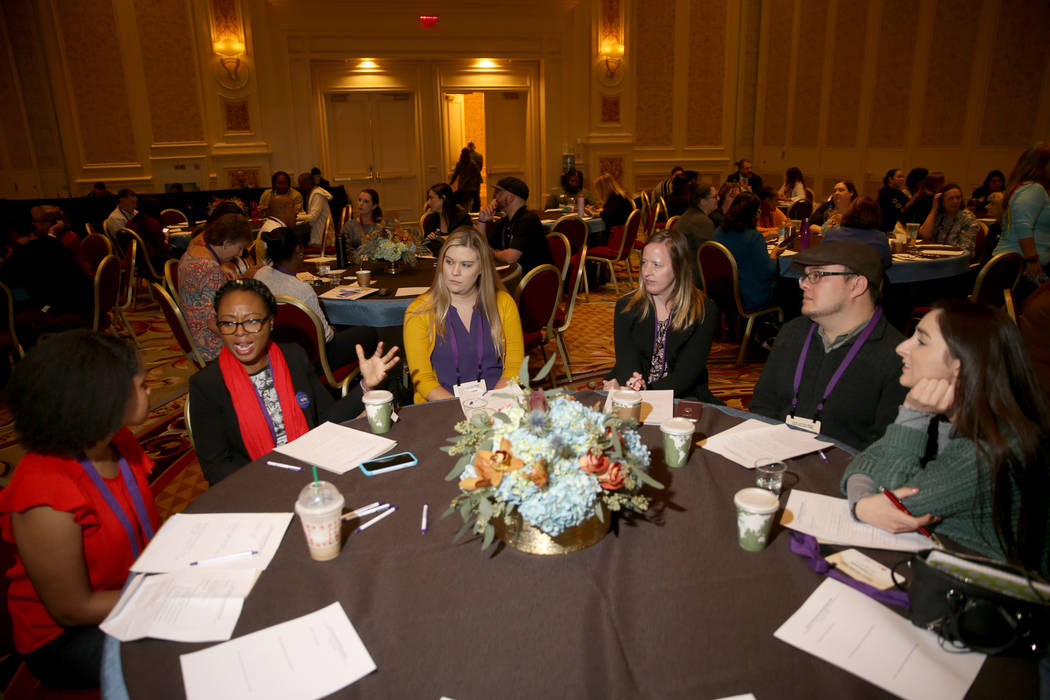 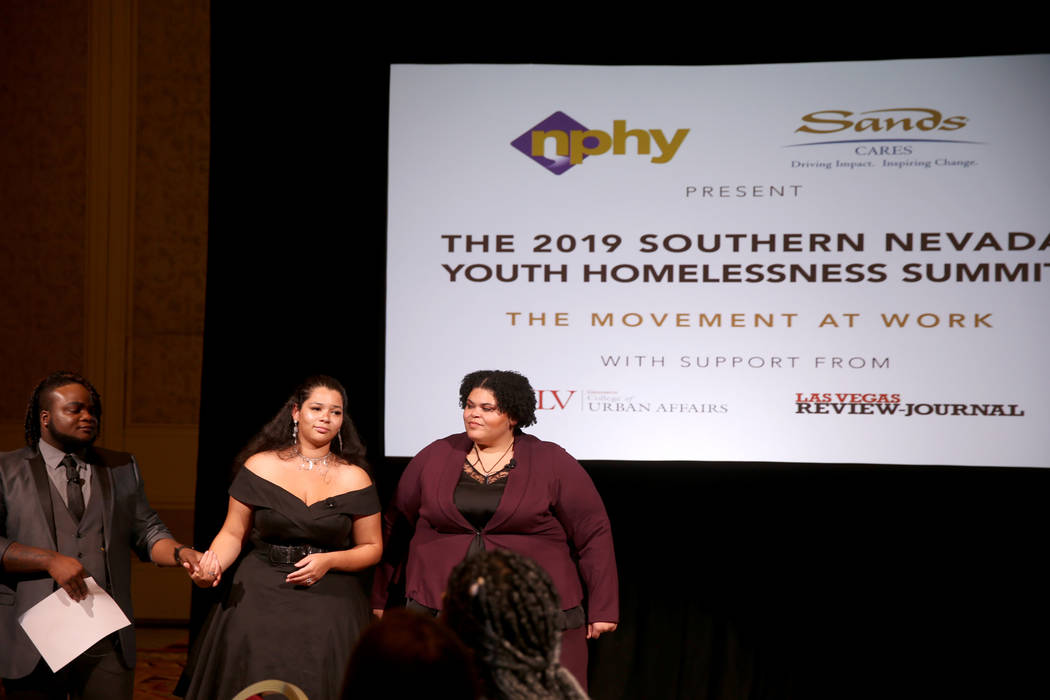 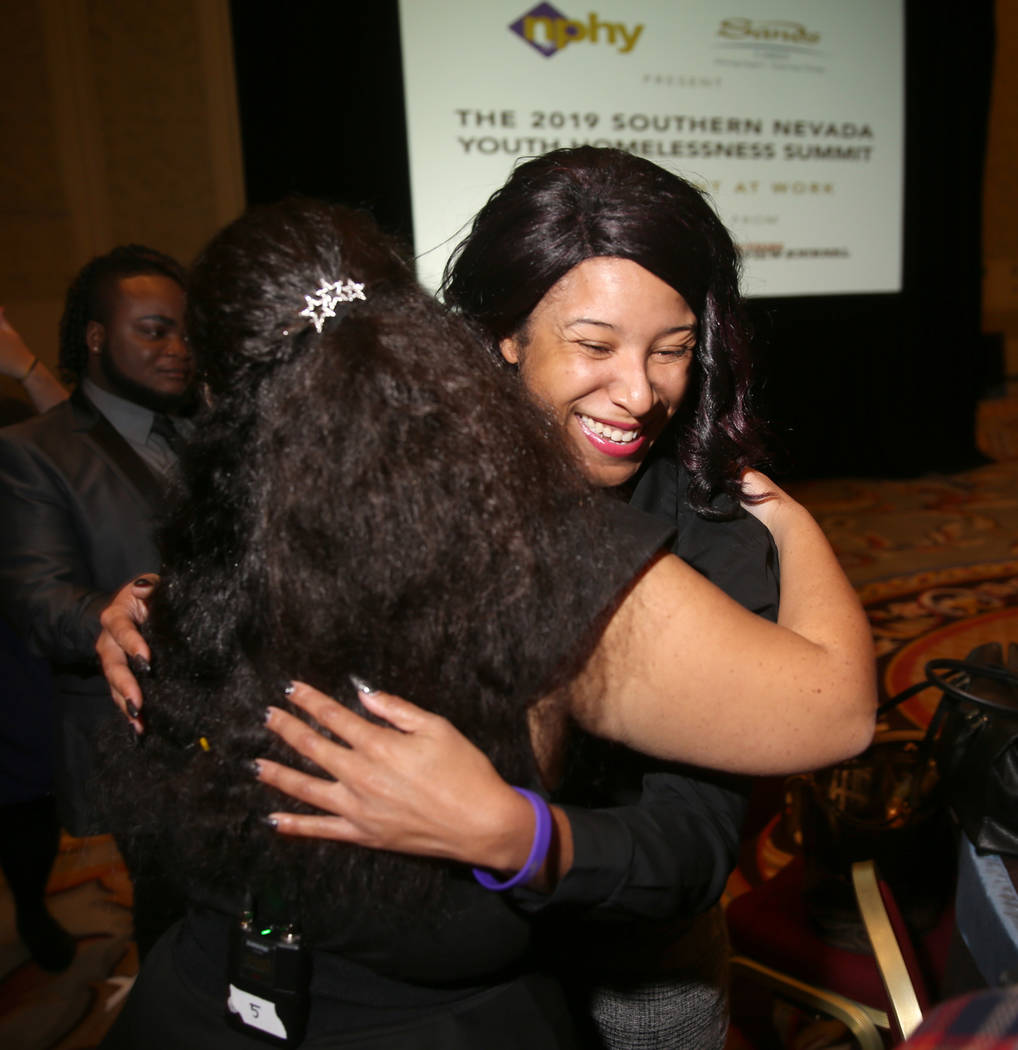 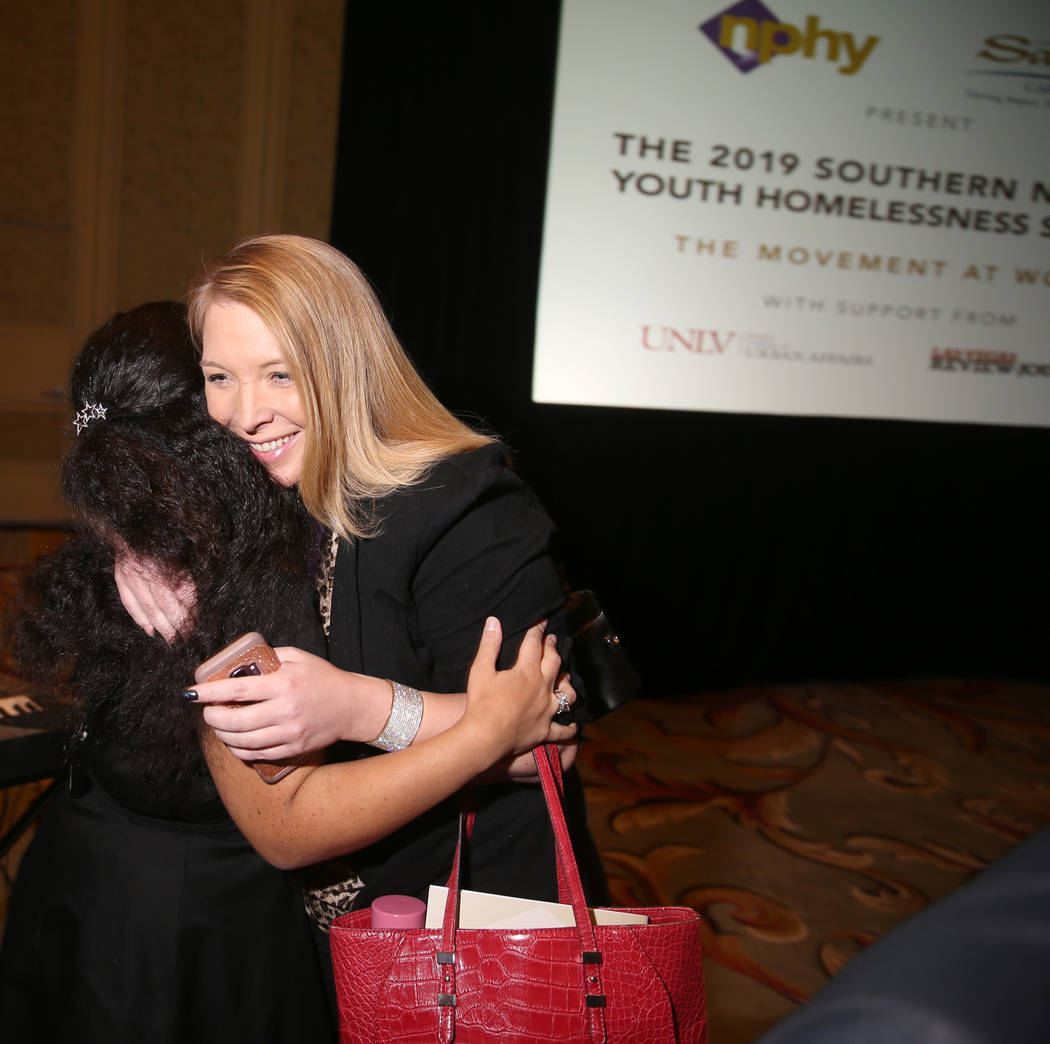 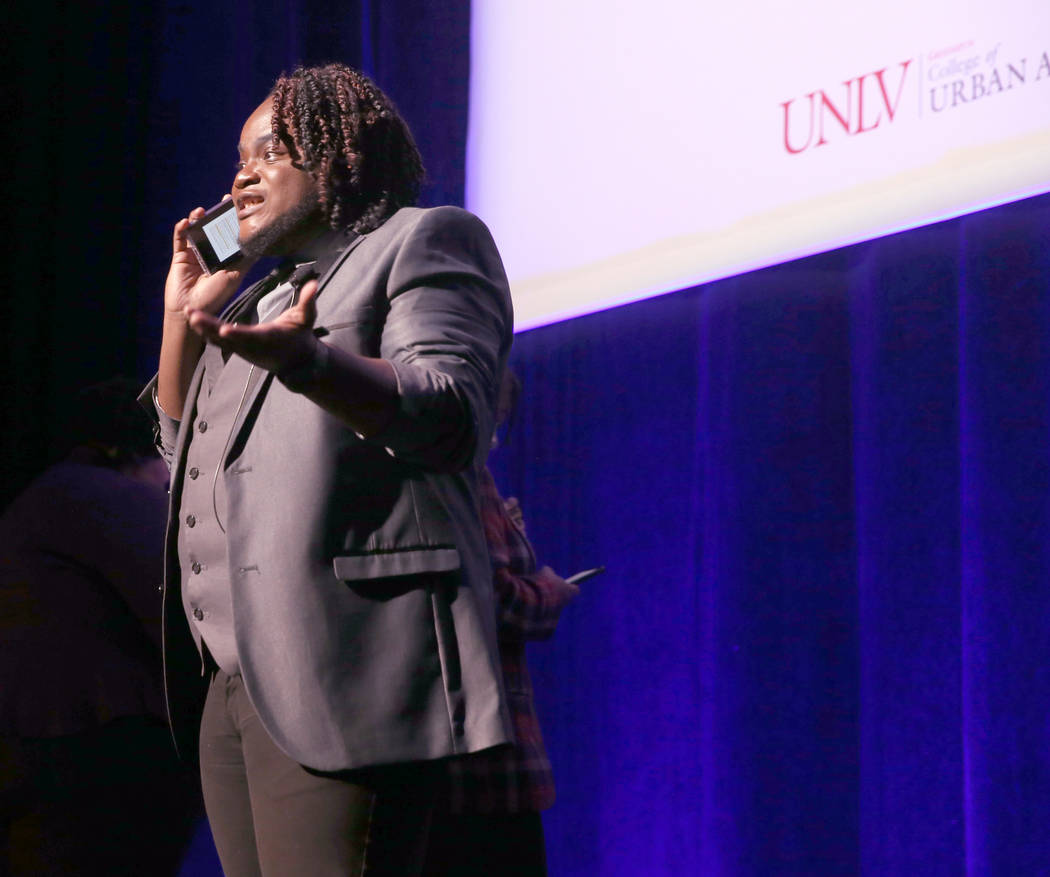 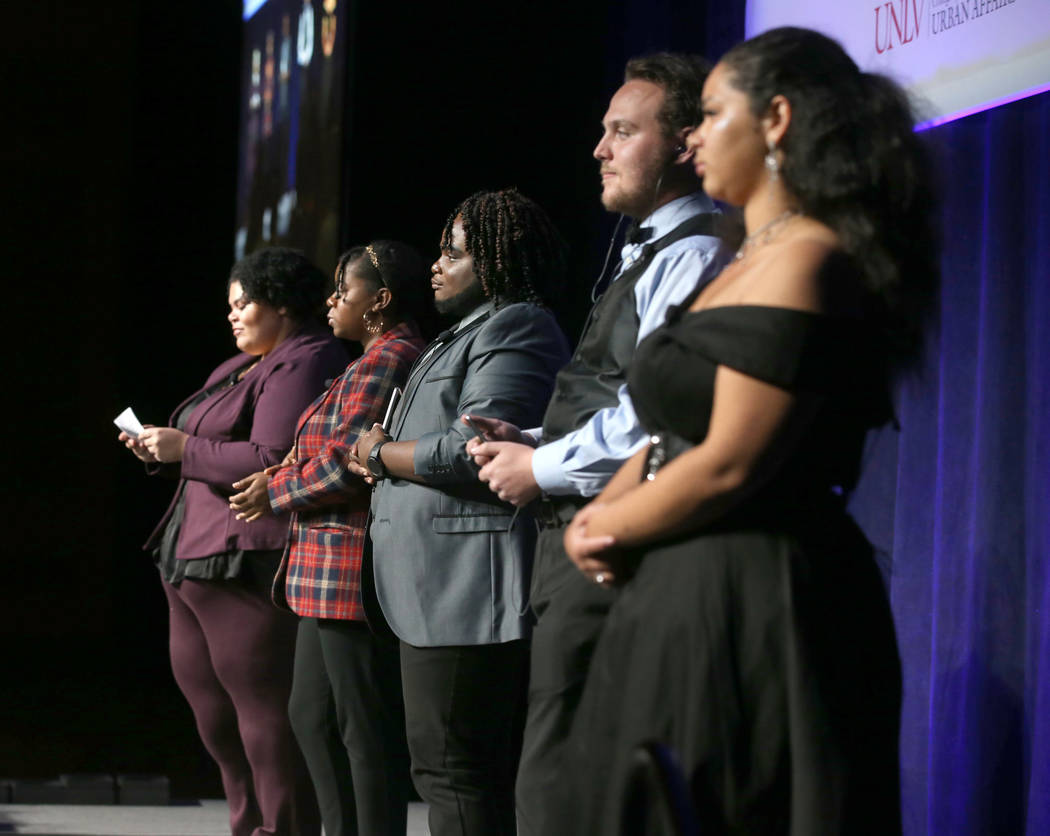 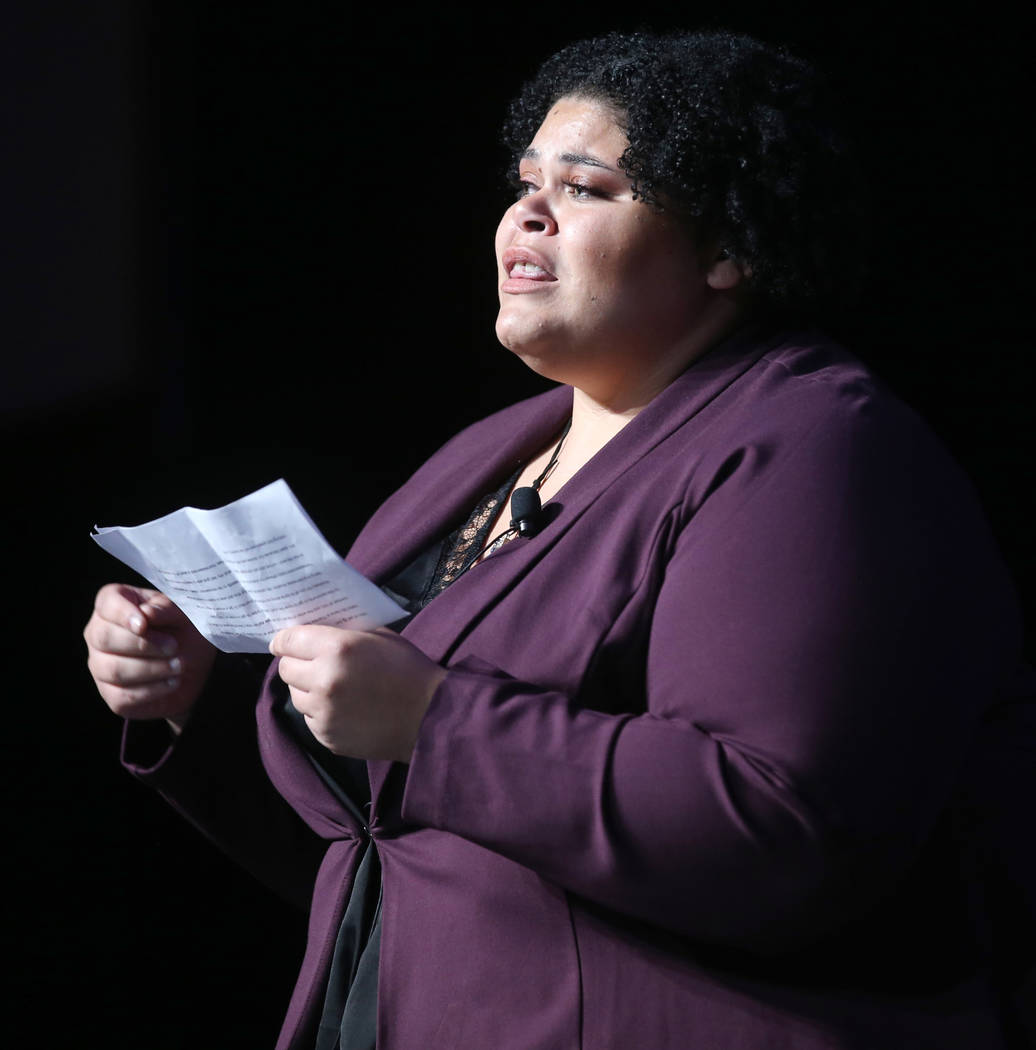 Evicted at 16. Kicked out by parents. Crashing with friends. Discrimination. Dropping out of school.

“Mom, I don’t understand why you chose the streets and not me! I’m scared,” former homeless youth Theresa Butler, 21, shouted into her phone before a crowd of nearly 400 Thursday at the third annual Southern Nevada Youth Homeless Summit at The Venetian.

“Why are you putting me through this?” 19-year-old Ciara McLaurin shouted.

“I just want to be safe. I didn’t do anything to deserve this!” DelRio Perkins, 24, stated. “I don’t feel comfortable or safe.”

The monologues were part of a performance piece depicting snapshots of life as a homeless youth, something all five performers have experienced.

The summit showcased a year’s progress of the first comprehensive plan to end youth homelessness in Southern Nevada, which has mapped out more than 20 objectives and 60-plus strategies. The initiative is a collaboration of a diverse group of financial backers, national experts, community stakeholders and young adults who have experienced homelessness.

The summit, dubbed “The Movement In Action,” was sponsored by the Las Vegas Sands Corp.’s Sands Cares initiative and the Nevada Partnership for Homeless Youth, with support from the UNLV Greenspun College of Urban Affairs and the Las Vegas Review-Journal.

Additionally, NPHY launched a housing expansion for homeless youths. Sands Cares invested $100,000 in a fundraising project and the Jon Bon Jovi Soul Foundation pledged to match additional donations, dollar for dollar, up to $100,000.

The need is evident: Since 2013, the U.S. Department of Housing and Urban Development has identified Nevada as the state with the highest rate of homelessness among youths. The most recent report showed that Nevada was one of 10 states where at least half of those experiencing homelessness went unsheltered for six years.

This year’s homeless census counted 1,184 unaccompanied youth in Southern Nevada, 82 percent of whom were unsheltered.

“If we can get twice the partners, twice the bandwidth, we can do exponentially more than what we’re doing now. We need to all own the problem together,” NPHY Executive Director Arash Ghafoori said.

Rep. Dina Titus spoke at the summit, emphasizing her goal to bring forward a bill that would help build more affordable housing in Southern Nevada.

“Underneath the bright lights and the glitter, there are very serious problems, and homeless youth is certainly at the top of the list,” Titus said. “This year’s summit is about putting the meat on the bones … I know we can be creative in Southern Nevada and work very hard to achieve our goals once we set our mind to it, and you’ve already proven that.”

For more information or to read the plan, visit www.nphy.org/themovement.