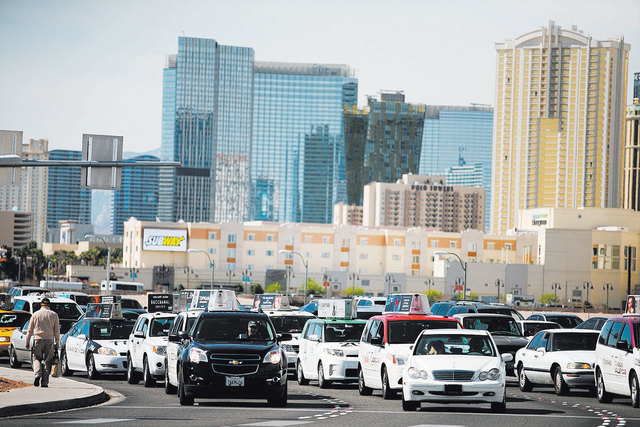 More than 1.76 million taxi trips were reported in July, a 10.8 percent drop from the same period in 2016, the Nevada Taxicab Authority reported. The region’s 16 certified taxicab companies reported a combined $27.4 million in revenue last month, down 11.3 percent from July 2016.

Taxicab Authority officials have attributed the declines to increased use of ride-hailing companies among passengers.