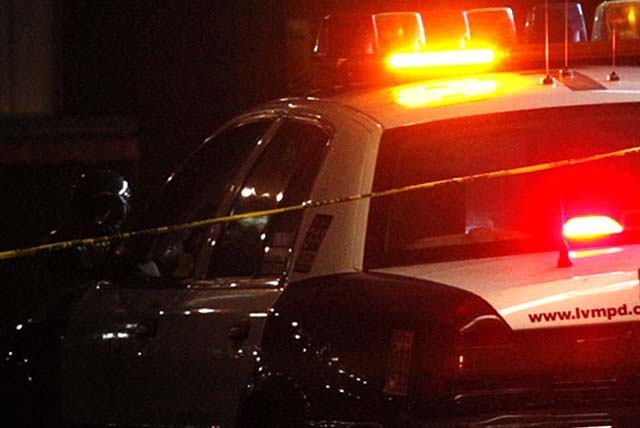 JESSICA EBELHAR/LAS VEGAS REVIEW-JOURNAL Las Vegas police are seen at the scene of an officer-involved shooting at Travel Inn on Fremont Street in Las Vegas on Tuesday, Jan. 31, 2012.

A teen was struck by what may have been “celebratory gunfire” just after midnight Friday and taken to Sunrise Hospital and Medical Center with non-life-threatening injuries, according to Las Vegas police.

The bullet came from outside the boy’s east valley home, on the 2000 block of Raspberry Hill Road, which is just southeast of Charleston and Nellis boulevards, police said.

Officers responded to the call at 12:04 a.m. and were still on the scene trying to determine from where the round was fired as of about 1:30 a.m.

No one else was injured, Metro spokeswoman Officer Laura Meltzer said. 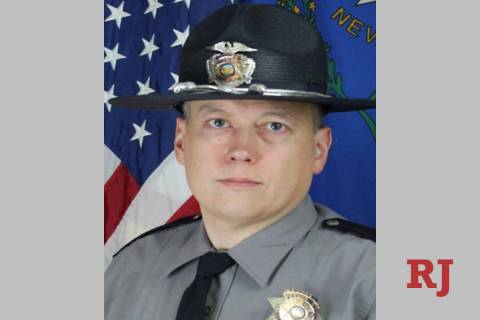 Public tributes and expressions of condolences continued Friday for Nevada Highway Patrol Trooper Micah May, who died Thursday after being struck by a car during a pursuit on Interstate 15 earlier in the week.