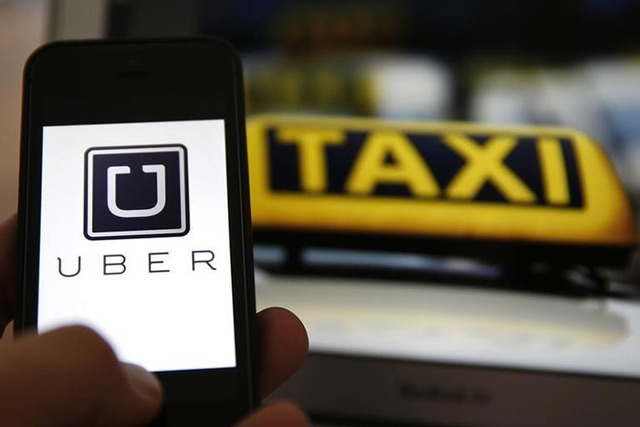 Donald Campbell, the company’s attorney, said he is challenging a court order barring the drivers from providing their ride-sharing service in the state until Nov. 7.

At least one Uber driver was issued a citation for violating state law Saturday, said Teri Williams, a spokeswoman for the state’s Department of Business and Industry.

A total of 10 — eight in Las Vegas and two in Reno — were cited for providing an “unlicensed for-hire transportation service” on Friday, the day Uber was launched in the state. Their vehicles were impounded as well.

“She never said she was going to court,” Campbell said.

After that call, the attorney general filed a temporary restraining order in Carson City on behalf of the Nevada State Transportation Authority, he said. The authority regulates the taxi industry in the state.

“We were given no opportunity to be heard despite the fact that the attorney general knew I was representing Uber and no notice was given,” Campbell said. “It is a requirement to give such notice and the Supreme Court declared an issue to be void if no notice is given.”

According to the Nevada rules of civil procedure, “no preliminary injunction shall be issued without notice to the adverse party.”

Campbell said Cortez Masto was not able to get a temporary restraining order statewide so the attorney general’s office tried to prohibit Uber from offering its ride-sharing service in Clark County by asking Clark County District Judge Douglas W. Herndon to sign the order.

“The (attorney general) did so again without any notice and Judge Herndon refused to sign such an order,” Campbell said. “They ultimately decided after they filed papers to give me notice at almost 6 p.m. (Friday) night.”

Campbell said the email he received from the attorney general’s office contained a signed order granting a temporary restraining order in Carson City.

“They never contended that this was statewide,” he said. “The notion that somehow there is a valid order that exists is completely erroneous. The attorney general will have some explaining to do to a couple of judges and should probably start preparing an apology. ”

Tom Ely, who was recently appointed interim director of the Nevada Taxicab Authority, said action is being taken against Uber because it does not have a certificate of conveyance to legally operate in Nevada.

Regulators said Uber is going against state law because drivers are transporting people without a license.

According Williams, during the course of a traffic stop, which was conducted on Friday, two compliance enforcement investigators who routinely participate in undercover operations arrived on scene to assist the uniformed investigators who conducted the traffic stop. When the driver being cited began recording the stop and expressed intent to post it to social media, the officers took action to protect their identities.

“For far too long, the people of Nevada have been denied access to reliable, safe and affordable transportation options millions of other Americans are enjoying,” she said. “We’ve already received overwhelming demand and support from thousands of residents who have downloaded the app, and drivers looking to meet that need. Now is the time for state officials to embrace innovation, support powerful job creation, and stand with the people of Nevada who need them most.”

Since its inception in 2009, Uber, which connects riders with drivers through an app via a mobile device, is now operational in 45 countries and more than 200 cities worldwide.

Behrend said on Friday that the company is not banned from operating in Nevada.

“Uber continues to operate and looks forward to meeting the tremendous demand that we have already seen throughout the state,” she said. 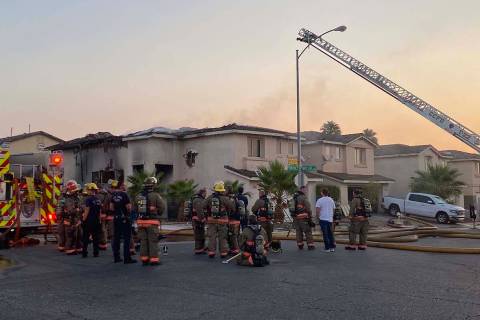