Uber has used technology to develop a ride-sharing app.

Now, it’s using it to gather support in Nevada with an online petition drive.

The San Francisco-based company, hours away from a Clark County District Court hearing before Judge Douglas Herndon on Wednesday, began circulating its online petition for support Tuesday in advance of its court date.

The petition is posted on Uber’s website. A spokeswoman for the company said the petition was signed by 3,000 people the first hour it was posted. By midafternoon, the total had climbed to more than 9,000.

The petition is structured in the form of a letter to Gov. Brian Sandoval and Attorney General Catherine Cortez Masto.

“As a Nevadan, I am writing to urge you to stand with the people of Nevada in support of Uber and the choice and opportunity it provides,” the petition letter says.

“Nevadans desperately want and need better, more innovative ways to move around their communities — Uber can help meet that need, as it is currently doing in more than 220 cities and 45 countries around the world.”

The letter says millions of riders have supported Uber by becoming customers and hundreds of thousands have become contracted drivers.

But critics are quick to point out that Uber is operating outside the bounds of the law by providing public transportation without a license.

Representatives of Clark County’s taxi and limousine industries have met with Uber officials in a bid to get the company licensed in the state. Industry representatives say Uber rejected their overtures, saying they wouldn’t be able to be profitable under the state’s regulatory system.

Uber launched its service Friday, but immediately met resistance from the state’s Department of Business and Industry, which oversees the Nevada Taxicab Authority and the Nevada Transportation Authority.

Enforcement officers from both agencies cited drivers and impounded their vehicles. Uber responded by vowing to back its contracted drivers and providing rental cars for them until vehicles were freed from impoundment. Drivers can be fined up to $10,000 per incident and Uber officials said 11 drivers have been cited.

An Uber spokeswoman didn’t have specifics on the number of rides drivers have provided in Nevada so far, saying that they’ve sold “thousands,” all of them originating outside the city’s resort corridor and away from McCarran International Airport.

On March 26, two people walking their dogs discovered the body of 23-year-old Michael Yeshitela near a pedestrian path at Silverado Ranch Park.

The woman was hit around 7:30 p.m. after she tried to cross diagonally through the intersection of Flamingo Road and Koval Lane, the Metropolitan Police Department said.

A month in, how coronavirus crisis has transformed lives of Nevadans
By Colton Lochhead / RJ

Since Nevada reported its first cases of COVID-19 on March 5, a series of emergency measures has brought the economy to a near halt and transformed life in the Silver State.

It’s springtime but the Las Vegas Valley seems more like a scene out of a Midwestern winter, with few cars and people outside, thanks to the coronavirus pandemic. 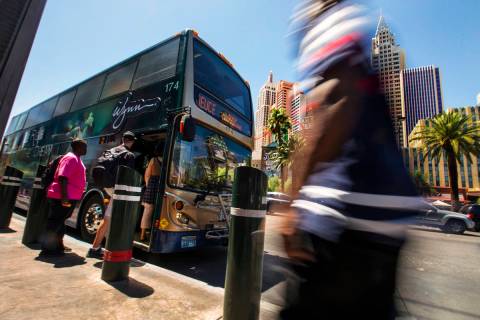 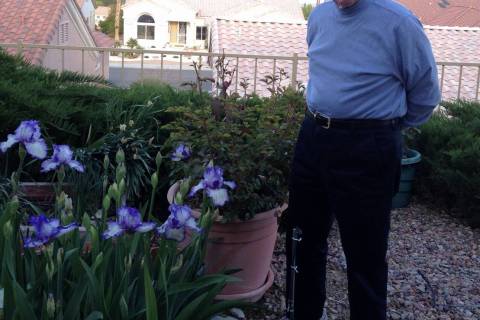