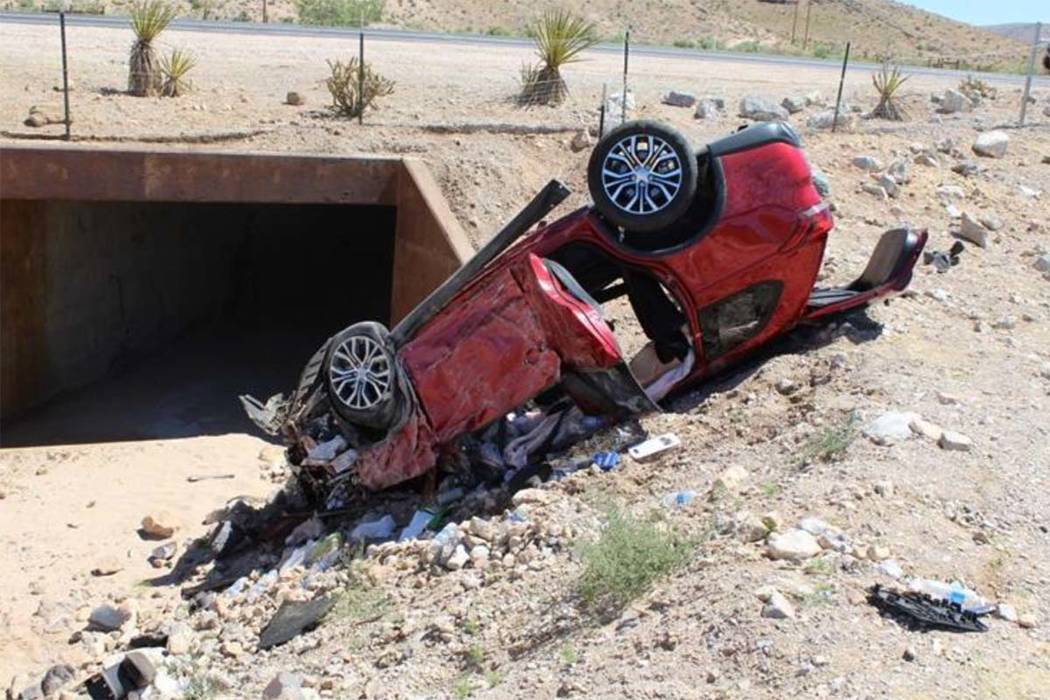 One woman was killed and three other people were injured in a one-vehicle crash on state Route 160 near Red Rock Canyon, west of Las Vegas, on Sunday, June 11, 2017. (Nevada Highway Patrol)

Vehicle crashes and fatalities were up in Clark County and across the state during the first half of 2017, according to figures released Thursday by the Nevada Department of Transportation.

There were 106 crashes reported in Clark County between Jan. 1 and June 26, an 8.16 percent increase from the same period last year, NDOT officials said. Figures showed that there were also 111 traffic-related fatalities countywide during the first six months of 2017, up from 106 a year earlier.

Across Nevada, 140 crashes were reported so far this year, up from 134 during the first half of 2016, NDOT officials said. There were also 148 traffic fatalities statewide, up from 143.

NDOT Director Rudy Malfabon said Thursday that the agency must “put funding where it’s needed” to drive down the fatality rate.