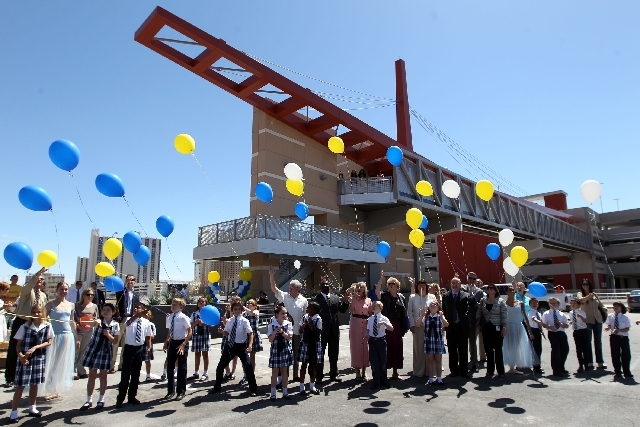 Second graders from Meadows School join Las Vegas Mayor Carolyn Goodman and other dignitaries as they release balloons to mark the official opening of the new pedestrian bridge between the City Hall parking lot and the Smith Center on Wednesday in downtown Las Vegas.

A pedestrian bridge opened Wednesday to make it easier to get from downtown Las Vegas into Symphony Park, between the railroad tracks and Interstate 15.

The bridge is expected to open foot traffic between downtown hotels and The Smith Center for the Performing Arts. It could boost business at downtown restaurants and other attractions.

The railroad tracks have been seen as a divider that the bridge will help overcome.