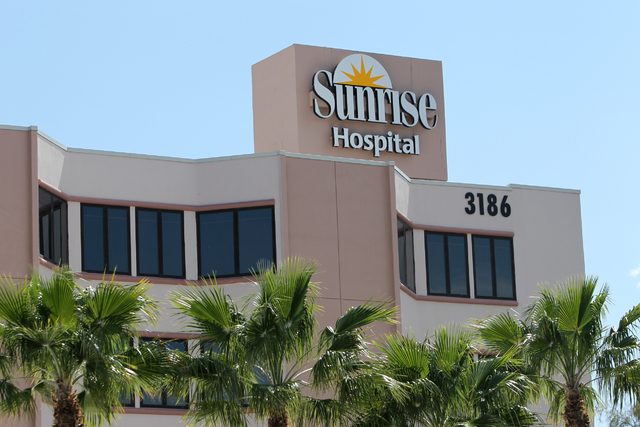 The Rev. Jerome “Jerry” Blankinship, a leader in the the Las Vegas Valley’s religious community for nearly a half century, died Thursday after a tough bout with pneumonia. He was 81.

He was best known for his more than 30 years as chaplain for Sunrise Hospital and Medical Center.

Born in 1933 in California, he pursued a bachelor’s degree in education and later a master’s in counseling at the University of Southern California.

After a stint teaching elementary school in Los Angeles, Blankinship attended Boston University’s school of theology, where he earned a master’s of divinity.

He came to Las Vegas in 1966 where he was pastor at University United Methodist Church before leaving in 1975 for a brief teaching gig at the University of Nevada, Reno. There he taught nursing students how to balance the technical aspects of their job with skills of compassion, listening and caring.

In 1976, Nathan Adelson — then administrator at the valley’s largest medical facility at the time, Sunrise Hospital — hired him for the chaplain job. He stayed in that position through 2008.

“Chaplain Jerry Blankinship was a true and faithful servant to Sunrise Hospital and Sunrise Children’s Hospital for over 30 years,” Fedler said. “He will certainly be missed, but his words of comfort will continue to resonate in our hearts forever.”

In a 2008 interview with the Las Vegas Review-Journal, Blankinship painted a picture of working for cooperation among all faiths.

“His personality fit with his career,” Grainger said.

Blankinship also was one of the founders of the Clark County Ministerial Association, in which he served as vice-president and program chairman until his death.

A funeral service for Blankinship is scheduled for 1:30 p.m. Sunday at University United Methodist Church, 4412 S. Maryland Parkway, near the intersection at Harmon Avenue and across the street from UNLV.