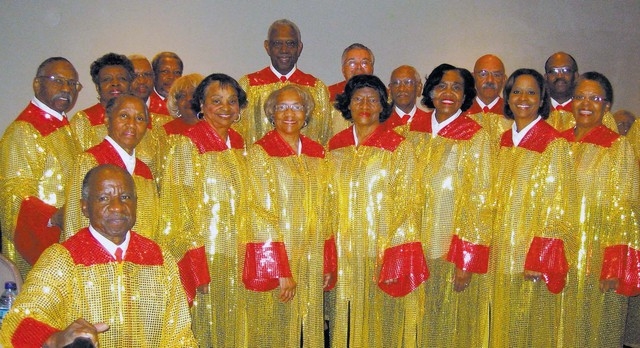 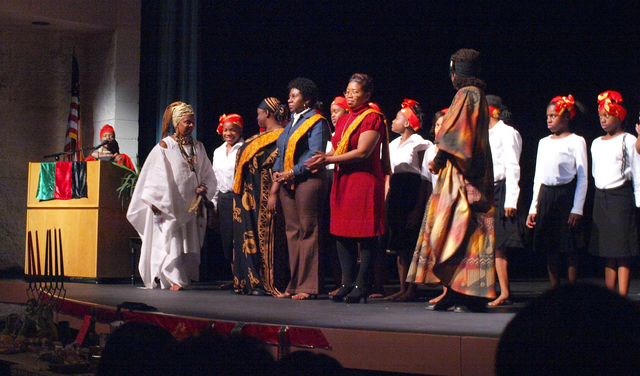 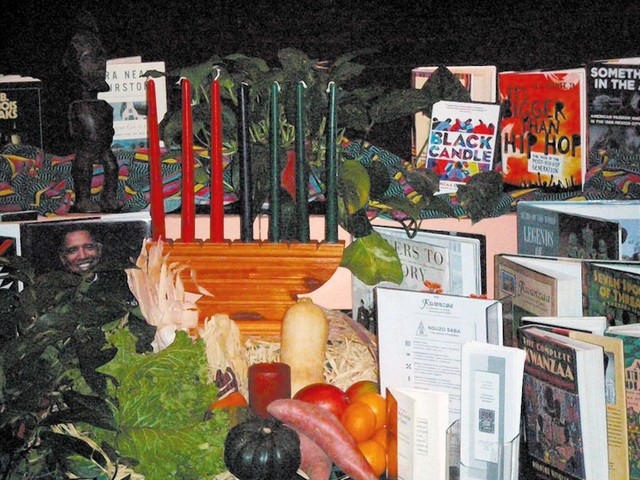 It may not be the most visible event on America’s end-of-the-year celebration schedule, but it’s a key part of the holiday season for those who do observe it.

And, on Saturday, Southern Nevadans will have a chance to explore the significance and meaning of Kwanzaa during a daylong program at the West Las Vegas Library Theatre, 951 W. Lake Mead Blvd.

“Kwanzaa 2013: A Celebration of African Values, Culture and Community” will run from 11 a.m. to 4:30 p.m. Saturday. The event, sponsored by the West Las Vegas Arts Center, the city of Las Vegas’ cultural affairs office and the Las Vegas-Clark County Library District, is free and open to the public.

Kwanzaa, which runs from Dec. 26 to Jan. 1, was created in 1966 as a celebration of African culture. The goal of Kwanzaa is “to reflect on our past, on our present, and our affirmation of our goals for the future,” said Melissa Jewel Jeppe, senior cultural specialist at the West Las Vegas Arts Center.

The center has been hosting a Kwanzaa observance since 1996, she said, and the event has been met with “wonderful response” by Southern Nevadans.

Kwanzaa revolves around seven values or principles: unity, self-determination, collective work and responsibility, cooperative economics, purpose, creativity and faith. Each value serves as the focus of the commemoration on each day of the seven-day event.

While Saturday’s celebration is a public one, families often celebrate other nights of Kwanzaa in their own homes, Jeppe said. In particular, she added, “there’s generally a family celebration on the sixth day of Kwanzaa.”

Jeppe suspects that many non-African-Americans do understand at least something of Kwanzaa and its meaning. But, contrary to one occasionally heard, and completely erroneous, notion, “it’s not an African-American Christmas,” she said.

Rather, Jeppe explained, “it’s more of a celebration and (about) thankfulness, a reflection of the blessings that we have and the contribution of those that came before.”

Saturday’s schedule of events will kick off with a marketplace that begins at 11 a.m. and will run to 1 p.m. Also scheduled are: A performance at 1 p.m. of an excerpt from “El Hajj Malik … A Play About Malcolm X,” written by N. R. Davidson Jr. and directed by guest resident artist Kent Jackman; a presentation at 2 p.m. of an excerpt from the film “Soweto Gospel Choir” and a music presentation by the Jester Hairston Music Association; a tribute to Nelson Mandela at 2:30 p.m.; and a community honors presentation and “elders tribute.”

At 3:30 p.m., a “rites of passage” graduation ceremony will be held for young men and women in local mentoring programs. China Hudson, co-founder of S.I.S.T.A (Sisters in Society Taking Action), said the young women who participate in the organization’s program range in age from 10 to 17, although this weekend’s graduation class will include two 19-year-olds.

Hudson said S.I.S.T.A also will be celebrating its 10th anniversary on Saturday. The organization’s graduation ceremony has been a part of the Kwanzaa celebration here for about seven years, she said, and it meshes well with Kwanzaa and its focus on unity and community service.

What do the young women think about being part of a well-attended public celebration?

“They get a little nervous at first by how many people are going to be here,” she said. “But we tell them, ‘It’s OK. They’re all here to embrace you.’”