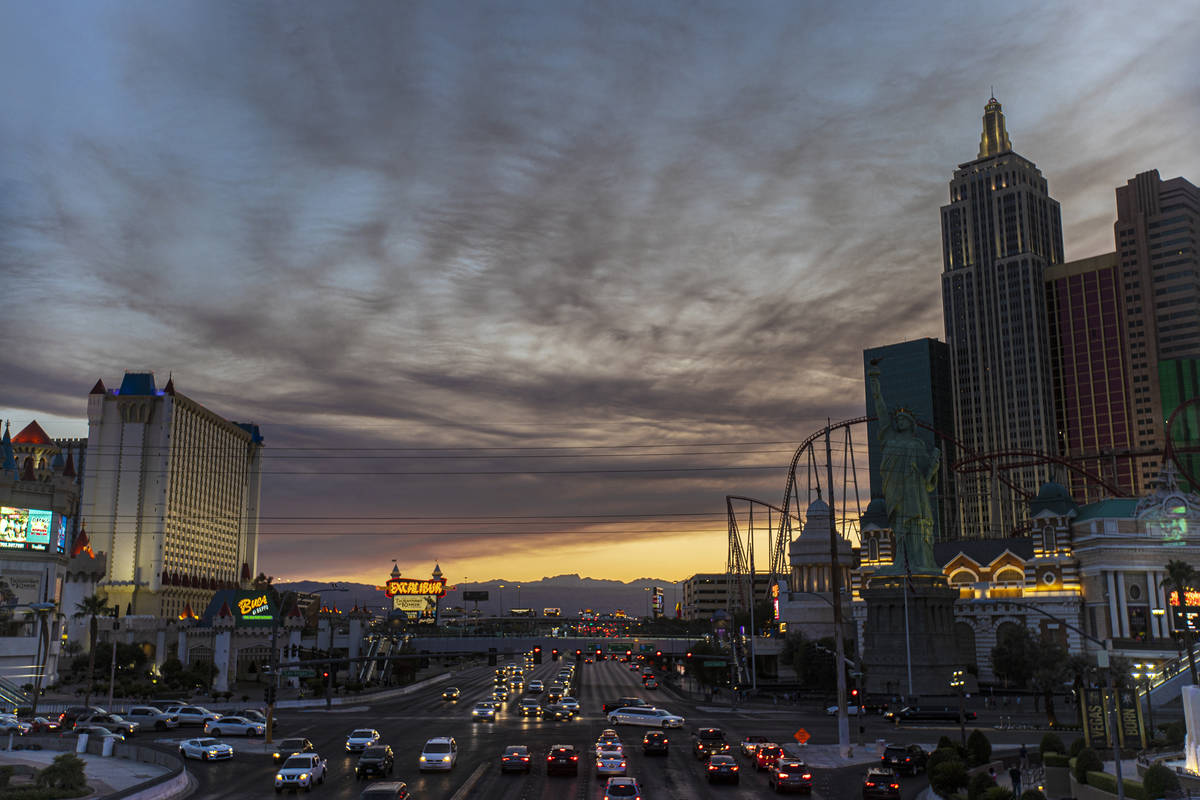 Large clouds of smoke created by a 200-300 acre fire near Sandy Valley Road and Highway 160 pass over the Strip on Thursday, June 10, 2021, in Las Vegas. (Benjamin Hager/Las Vegas Review-Journal) @benjaminhphoto

The Bureau of Land Management’s initial investigation showed that the Sandy Valley Fire in the Potosi Mountain area was started when a target shooting round caused a spark, the agency said in an emailed statement.

“Overnight, firefighters made good progress in the lower elevation on the west side of the fire,” the Bureau of Land Management said in a Friday morning statement. “Today, aircraft will continue to use retardant to stop fire growth to the north in an effort to eliminate impacts to Mt. Springs and Potosi Pass Road areas.”

The federal agency said the fire started at 1:34 p.m. Thursday. It is burning on BLM and U.S. Forest Service lands. The fire’s origin location is roughly 2 miles west of state Route 160 on Sandy Valley Road.

“No injuries have been reported and roads in the area remain open,” the BLM said. “No structures are in immediate threat and the closest is approximately one and a half miles away. Precautionary evacuations have been recommended to all residents and commercial buildings on Potosi Pass Road. Individual notifications have been made.”

Online fire reports from the National Interagency Coordination Center show that 180 personnel are fighting the fire, including crews from the BLM, the Forest Service, Clark County, the National Park Service and the Nevada Division of Forestry.

The Nevada Department of Transportation said in a statement Friday that its nearby land is being used as a helicopter base with firefighters, aircraft and vehicles there at all hours.