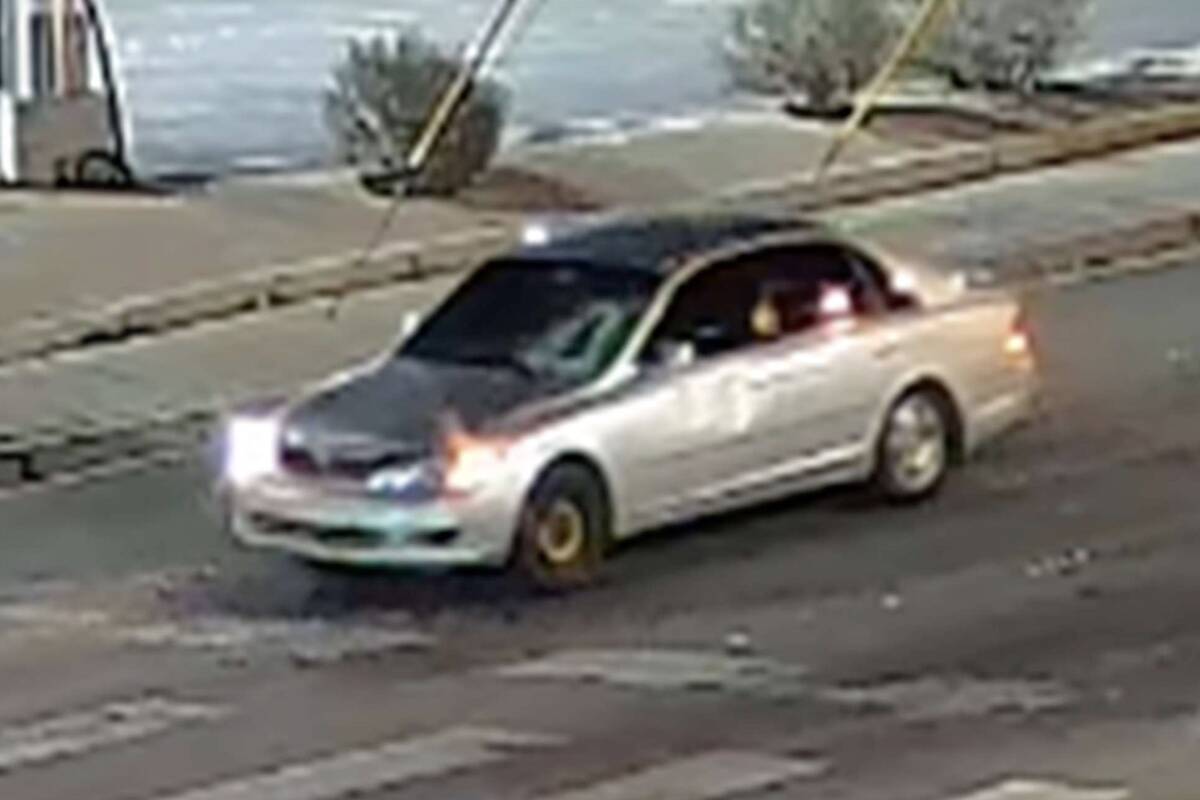 Detectives are seeking the public's assistance in identifying a person of interest in reference to a collision that occurred on Jan. 21, 2023, at 4:25 a.m., near the location of East Lake Mead Boulevard and Mt. Hood Street. (LVMPD)

The woman killed in an early Saturday hit-and-run crash was identified by the Clark County coroner’s office on Monday as Rakiyah Poole, 24, of North Las Vegas.

Poole was attempting to cross East Lake Mead Boulevard east of Mt. Hood Street in northeast Las Vegas at around 4:25 a.m. when she was struck by a silver sedan that left the scene, according to a statement from the Metropolitan Police Department.

Poole died at the scene.

Las Vegas police said the driver of a silver 2000 Toyota Avalon, Joanna Meza, 19, of North Las Vegas, was arrested and booked on suspicion of hit-and-run.