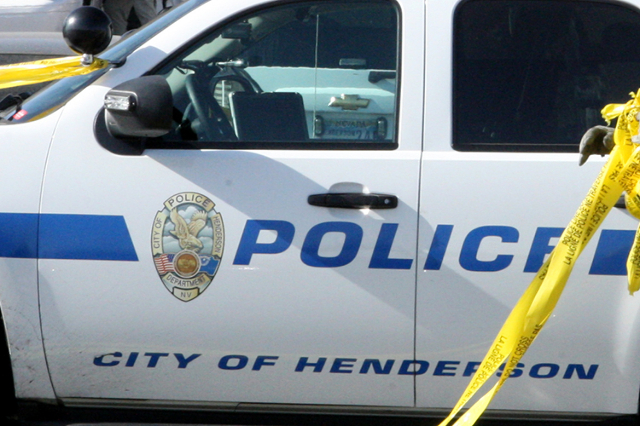 A Henderson police officer was hospitalized Wednesday morning after he was shot or struck by shrapnel during a fatal officer-involved shooting. June 11, 2014 (Michael Quine/Las Vegas Review-Journal) 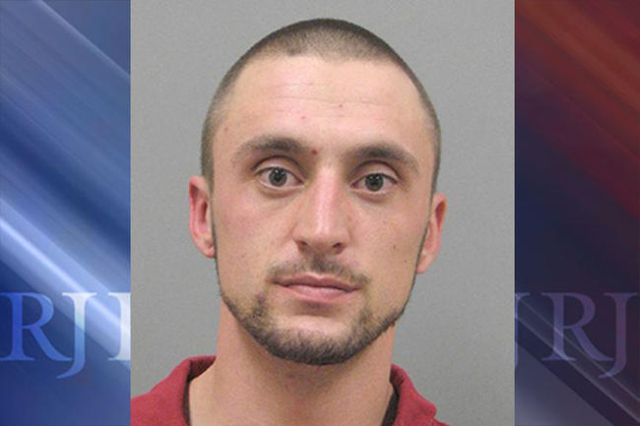 The identity of a woman killed in a hit-and-run crash Wednesday near Boulder Highway and Warm Springs Road has been released by the Clark County coroner’s office.

Echial Taylor, a 50-year-old Henderson resident, was crossing the northbound lanes of Boulder Highway at about 11 p.m. when she was hit by a silver 2003 Mercedes-Benz driven by Eric Scott Leppard, 24, according to the Henderson Police Department. The car was reported stolen and later found several hours after the crash, Leppard, who left the scene of the accident, was not with the vehicle at that time, police said.

Taylor was not in a marked crosswalk at the time of the crash, and she died on the scene, according to a Henderson Police Department release. The coroner ruled her death as an “accident,” and her cause of death was “multiple injuries due to motor vehicle striking pedestrian.”

Leppard turned himself in Saturday afternoon and was booked into the Henderson Detention Center, where he faces one charge each of hit-and-run, reckless driving with death and failure to render aid, police said. He is not currently facing charges in connection with the stolen vehicle, but additional charges could be filed later, Henderson police spokeswoman Kathleen Richards said.