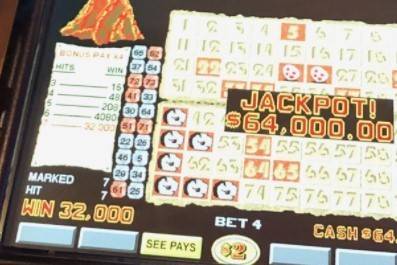 It’s going to be a merrier Christmas for a keno player who won a nice chunk of cash Saturday.

A woman won $64,000 playing Caveman Keno at the South Point.

The Las Vegas resort announced the unidentified winner on Twitter.