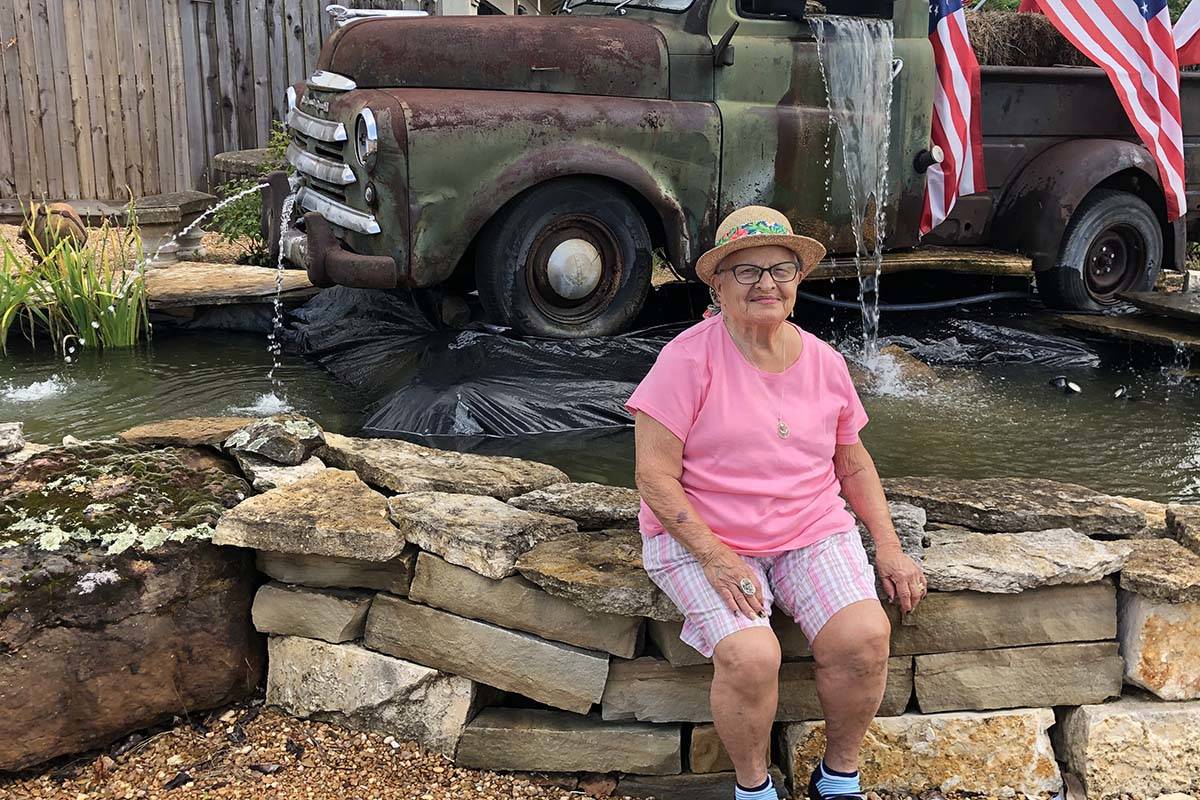 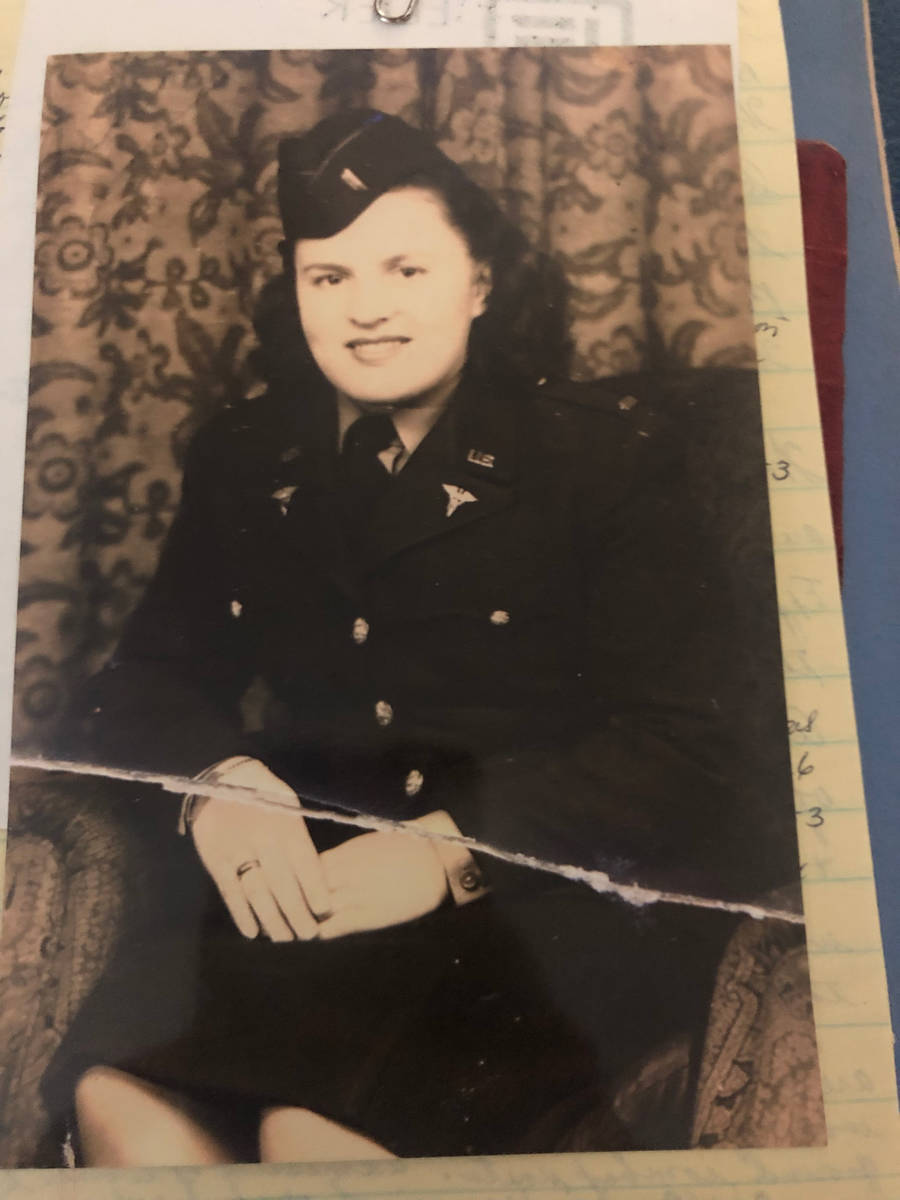 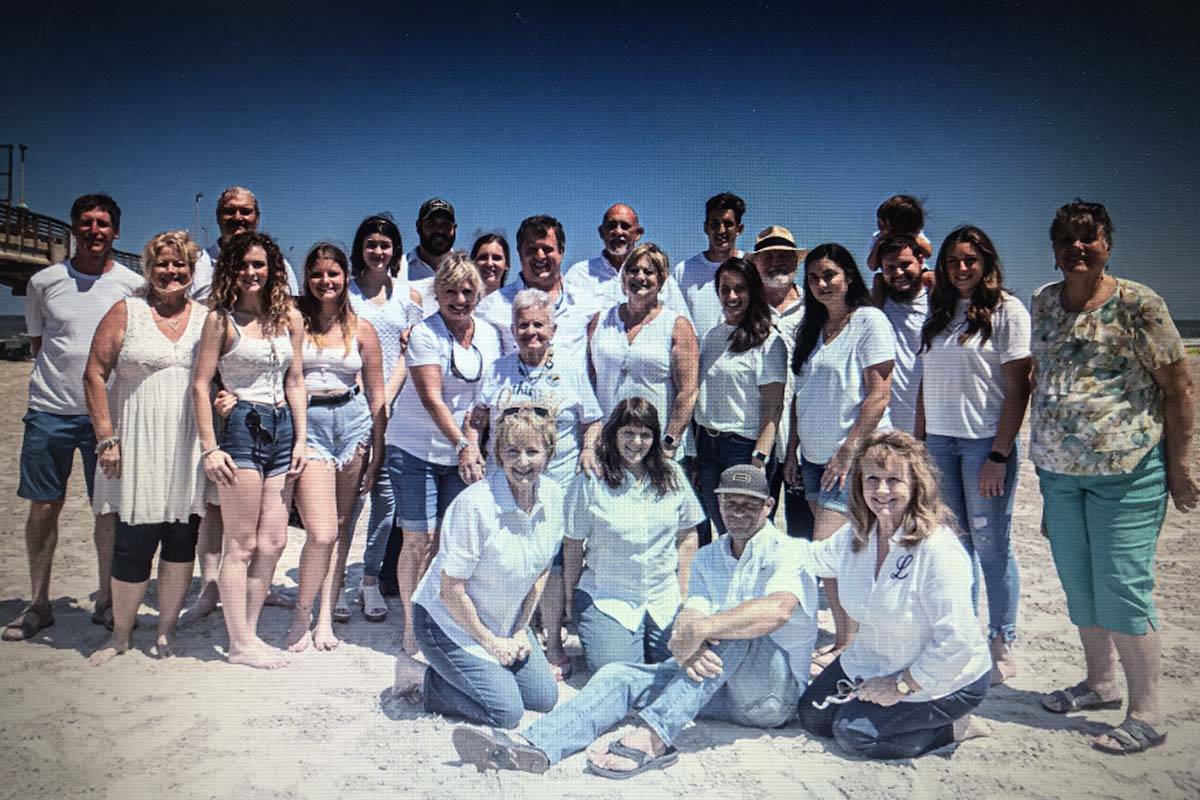 Arlene Johnson was with her family in June during an early 100th birthday celebration in Corpus Christi, Texas. (Nancy LaPointe) 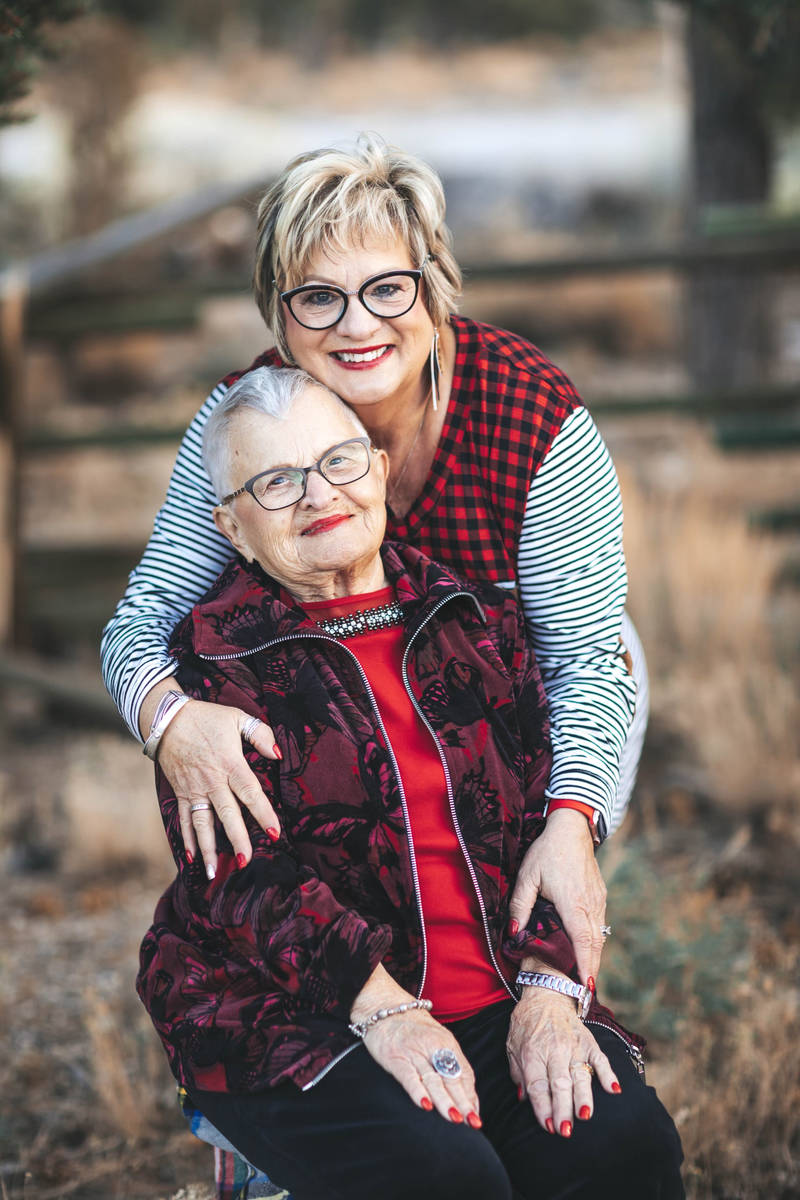 Arlene Johnson, who will turn 100 on Saturday, is pictured with her daughter Nancy LaPointe. (Nancy LaPointe) 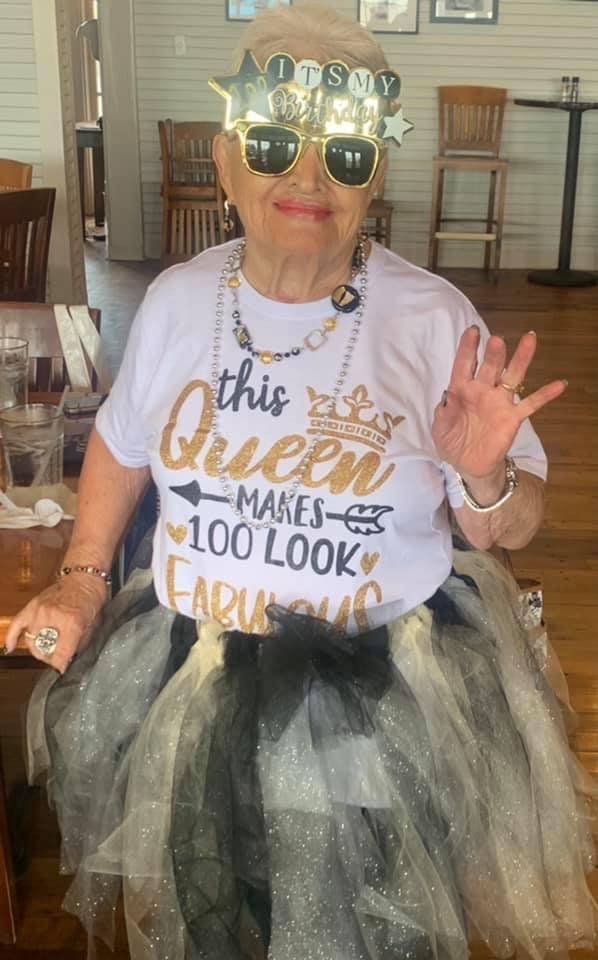 Arlene Johnson, who will turn 100 on Saturday, is shown during an early birthday celebration in June. (Nancy LaPointe)

When Arlene Johnson was born, Warren Harding was president, the first radio baseball game broadcast was two months away and gasoline cost about 26 cents a gallon.

On Saturday, the longtime Las Vegas resident will celebrate her 100th birthday with family and friends. Johnson, who credits her long life to staying active and eating a healthy diet, drinks a glass of orange juice every morning and is known to enjoy the occasional cocktail, usually a mimosa.

“She makes sure she gets that OJ,” said her youngest daughter, Nancy LaPointe. “She can keep up with the best of them.”

“Well, they never hurt me,” Johnson responded with a chuckle. “I don’t know how, but I’m still poking around.”

Born in Brockton, Massachusetts, Johnson is the third child of Alvin and Jennie Crowell but does not remember either parent. When Johnson was 4, her mother died from embolism and her father gave up the children.

She spent time in three foster homes before graduating from Hyde Park High School in Massachusetts in 1939. Johnson later earned her bachelor’s degree in nursing from the Lawrence Memorial Hospital of Medford and enlisted as an Army nurse near the end of World War II.

After serving from June 1945 to December 1946, Johnson visited the Panama Canal, the Philippines, Hawaii, Germany and Japan, where she climbed Mount Fuji, the nation’s tallest mountain at 12,388 feet.

“She has done some of the craziest stuff you would ever believe for a woman,” said her oldest daughter, Kathy Johnson, who lives in Florida and is visiting Las Vegas this week. “She’s enjoyed her life.”

By the mid-1950s, Johnson was married and had four children. But she continued to work, with an eventual specialization in heart surgery, until retiring at age 72. Johnson, who later divorced her husband, said the work kept her moving and helped her stay healthy.

In her later years, Johnson moved to Florida to be closer with her children before moving to Las Vegas 12 years ago to live with LaPointe.

Nowadays, Johnson enjoys beating her family at cards, playing dominoes with friends and spending time with her six grandchildren and 13 great-grandchildren.

Johnson’s daughters, who arranged an early birthday celebration for Johnson last month in Corpus Christi, Texas, describe their mother as “an amazing baker” and recall how she balanced parenting with “always being in surgery” when they were young.

“She didn’t want us messing around (and wanted us) home at dinner at the right time with our hands clean and ready to go,” said Kathy Johnson.

“She was firm, fair and final,” added LaPointe.

Johnson has been a member of Beta Sigma Phi sorority for 55 years and won many awards in the organization for her leadership and community service. Her sorority sisters are among those joining her for Saturday’s celebration.

The centenarian says she never imagined reaching this age because of her long hours working, but she is excited for the party and maybe will enjoy a celebratory mimosa or two.

“I didn’t think I live this long, but it’s amazing,” said Johnson. “I’ve got to stay healthy until Saturday so I can celebrate.”