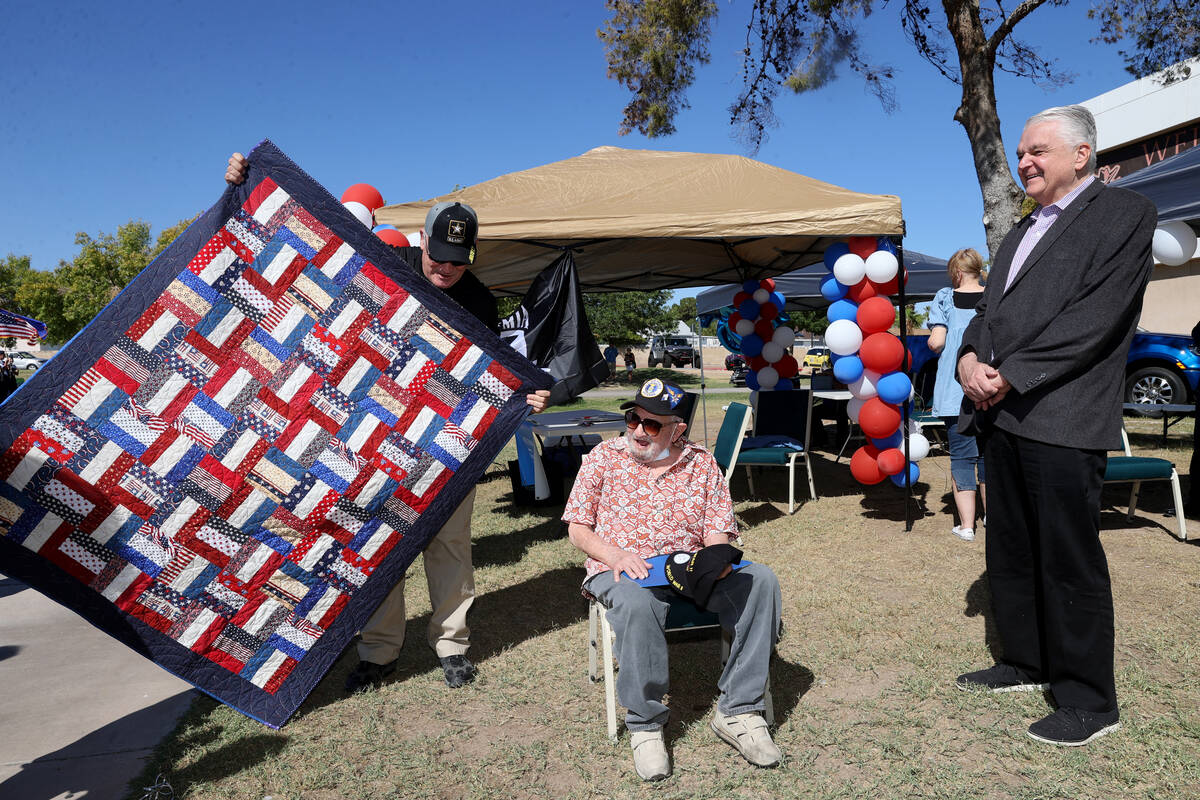 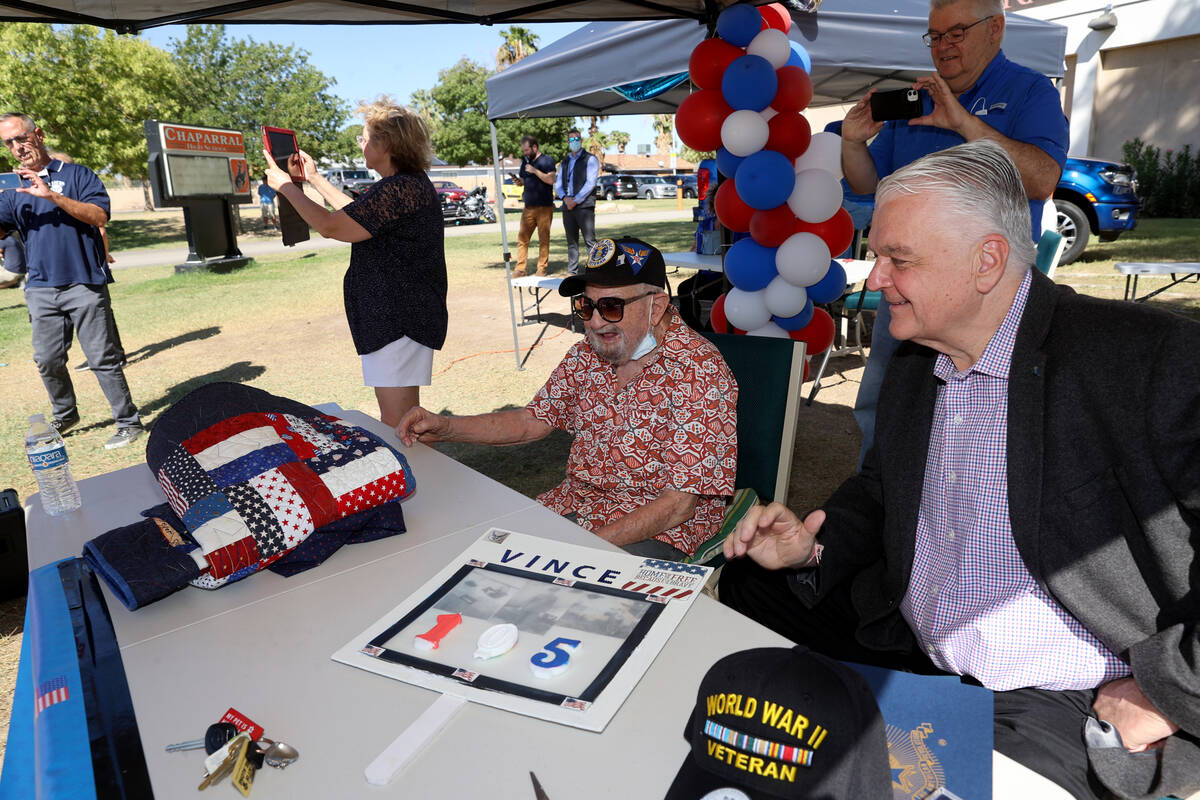 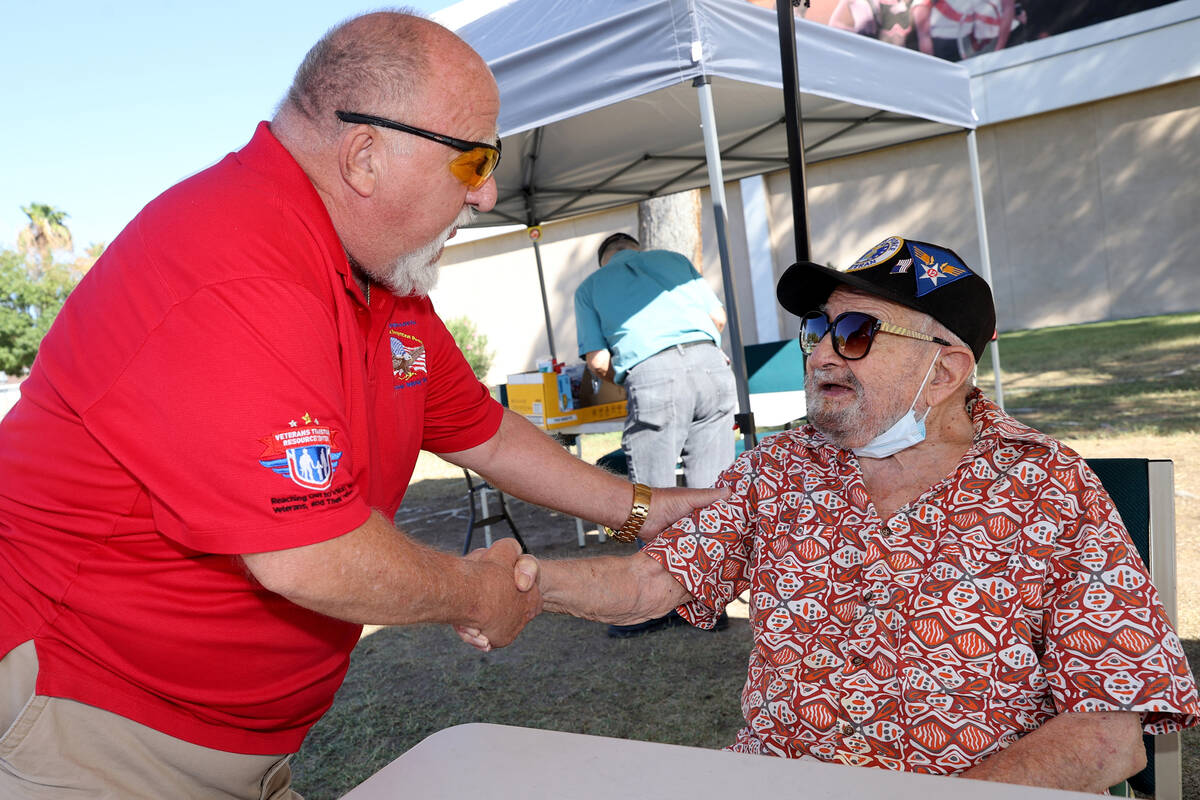 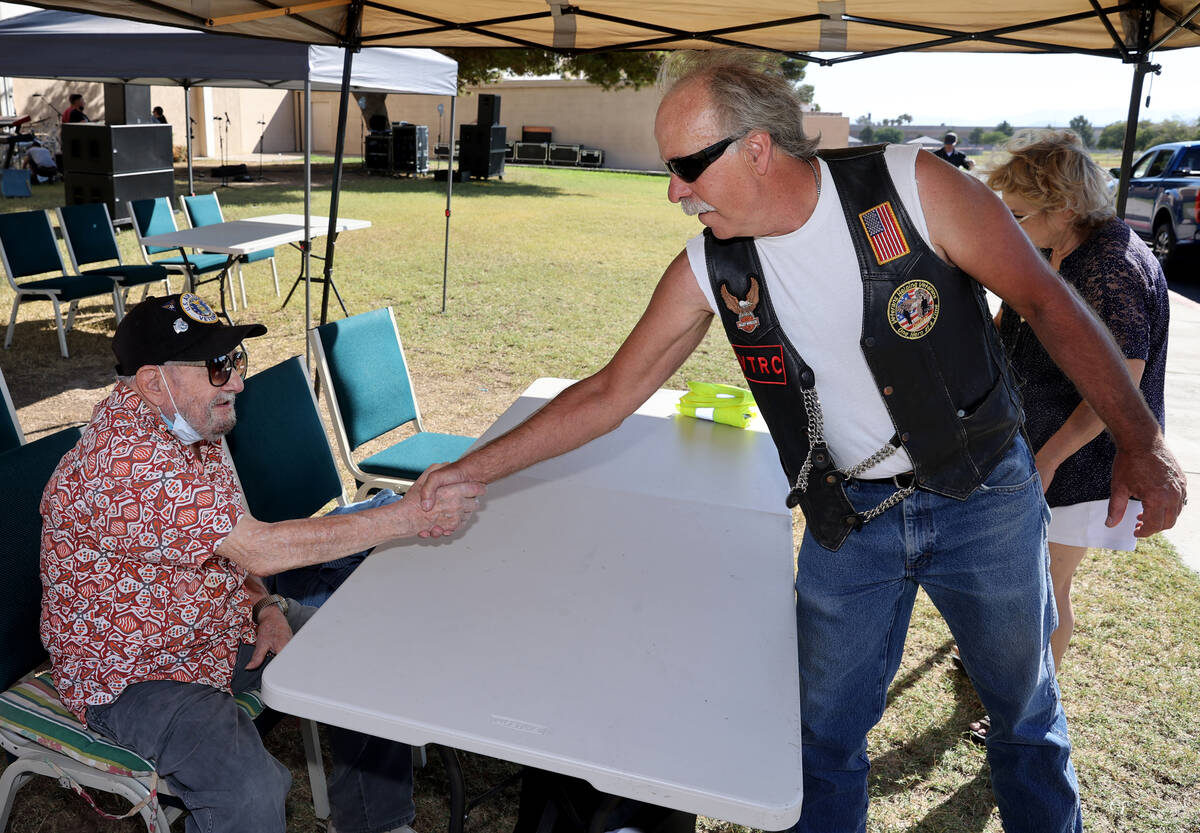 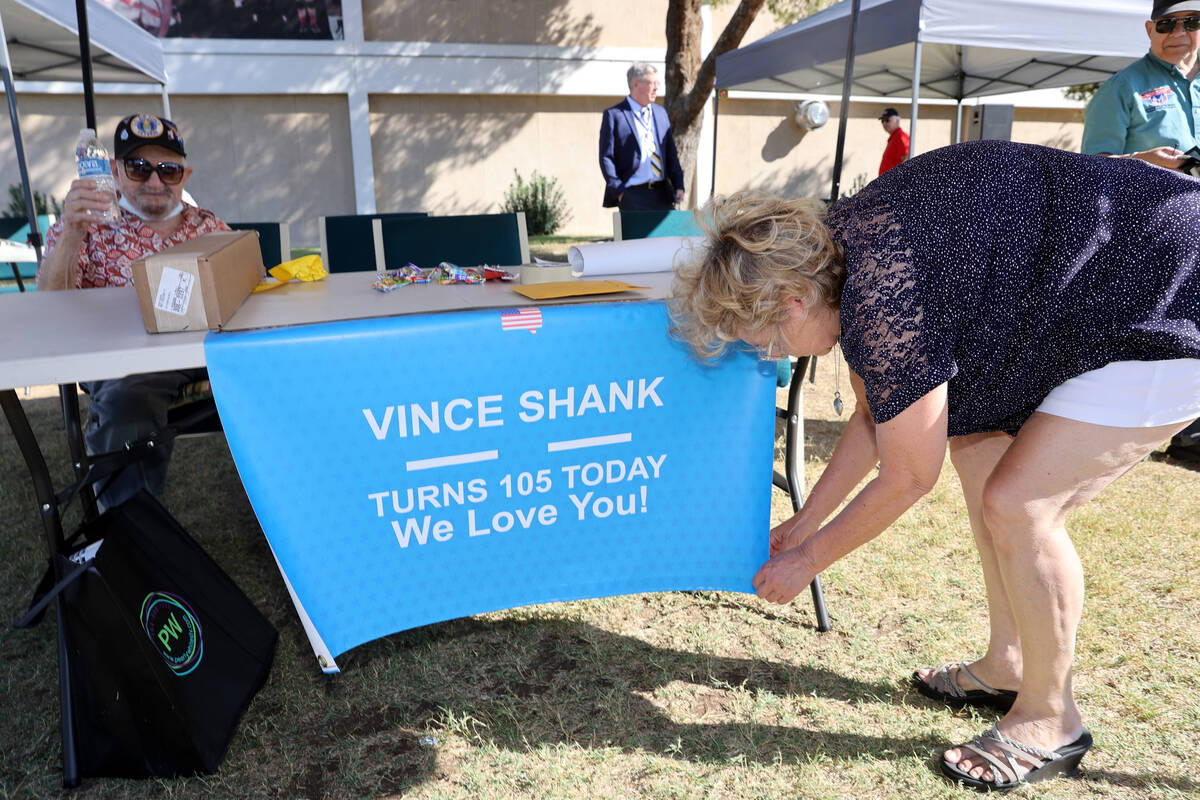 World War II veteran Vincent Shank, left, waits to watch a parade in his honor on his 105th birthday as his daughter, Nancy, hangs a banner at Chaparral High School in Las Vegas, Sunday, Sept. 19, 2021. He spent the final two years of the war in prison camps after being shot down over Sicily.(K.M. Cannon/Las Vegas Review-Journal) @KMCannonPhoto 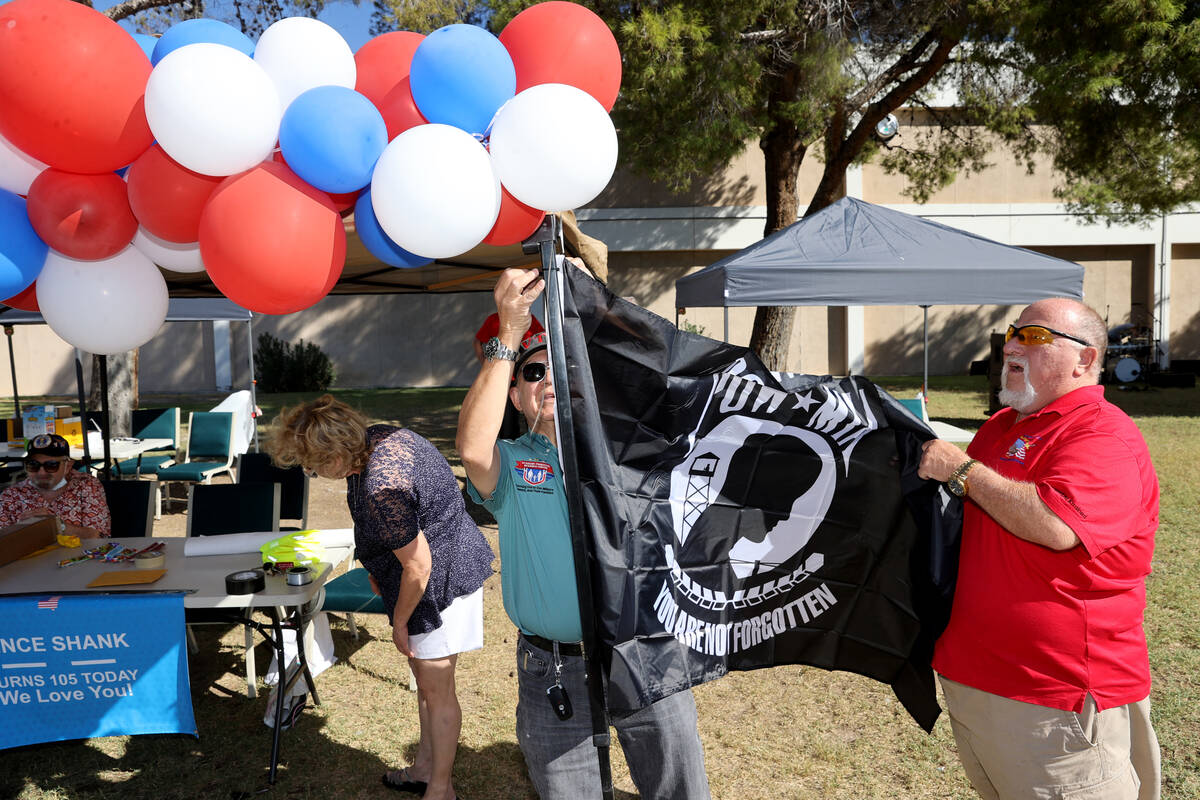 J.B. Brown, right, and R.J. Dough hang a flag before a parade honors World War II veteran Vincent Shank on his 105th birthday at Chaparral High School in Las Vegas Sunday, Sept. 19, 2021. He spent the final two years of the war in prison camps after being shot down over Sicily. (K.M. Cannon/Las Vegas Review-Journal) @KMCannonPhoto 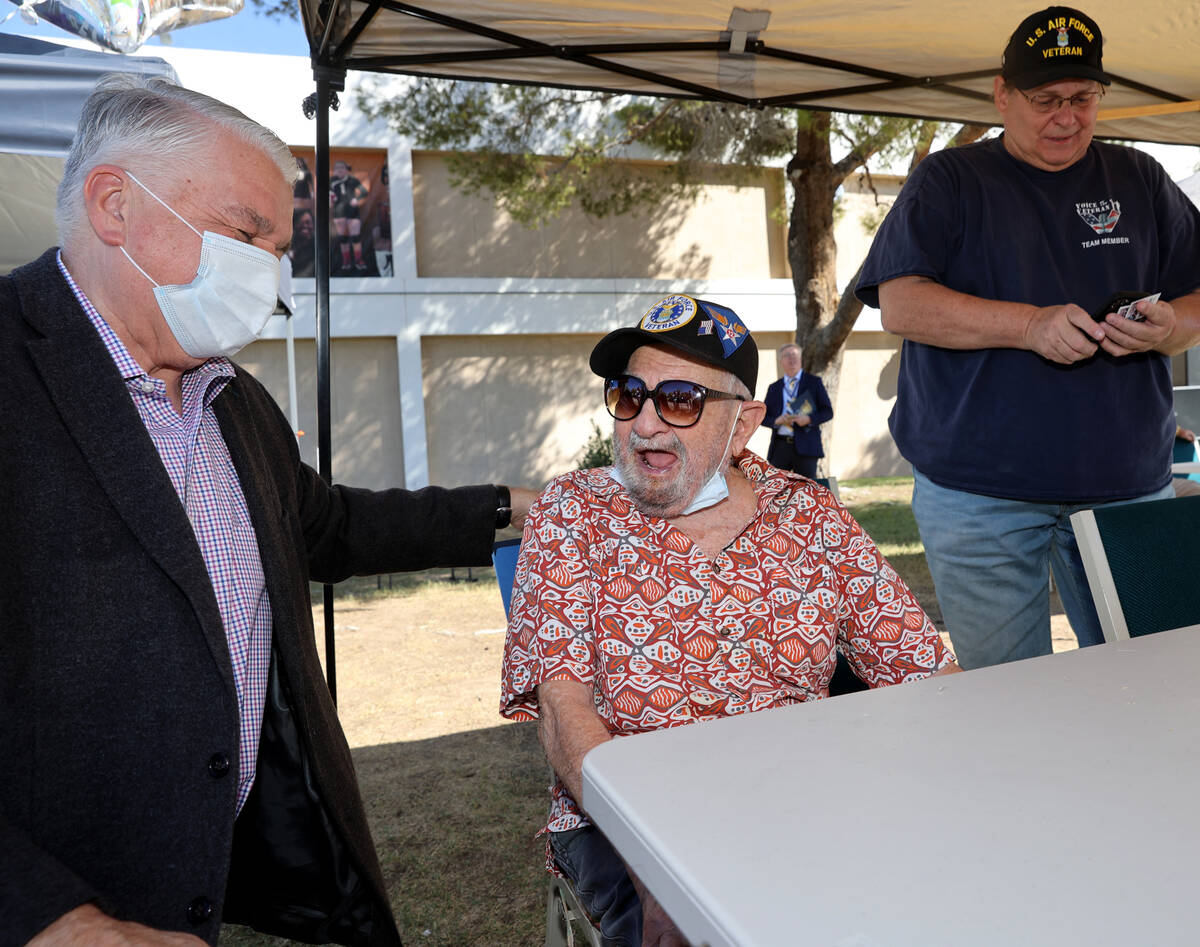 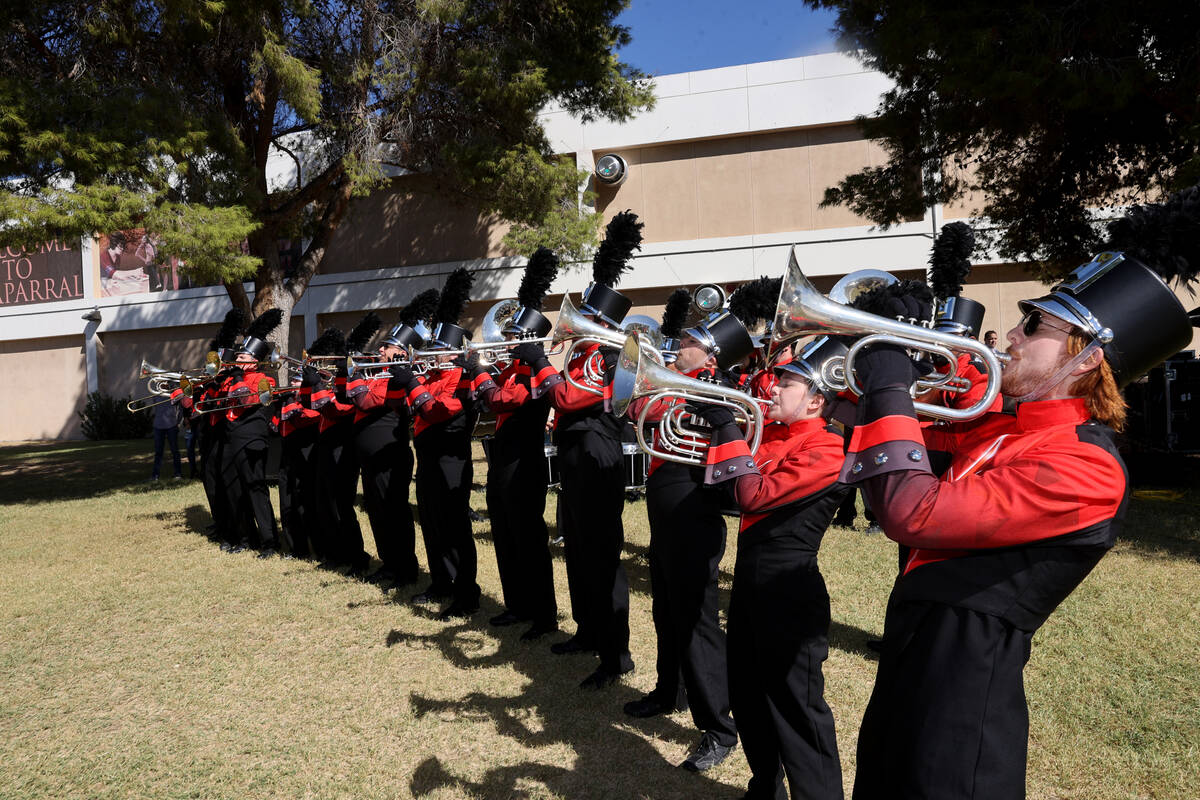 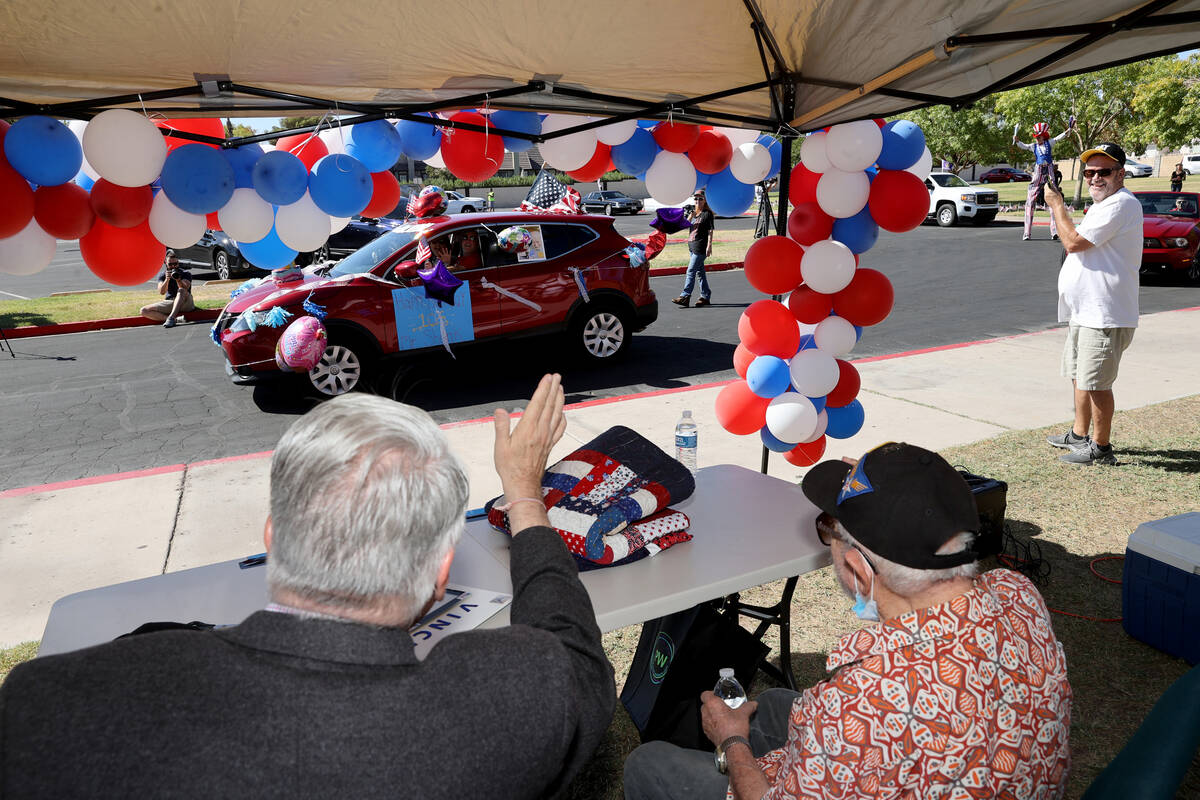 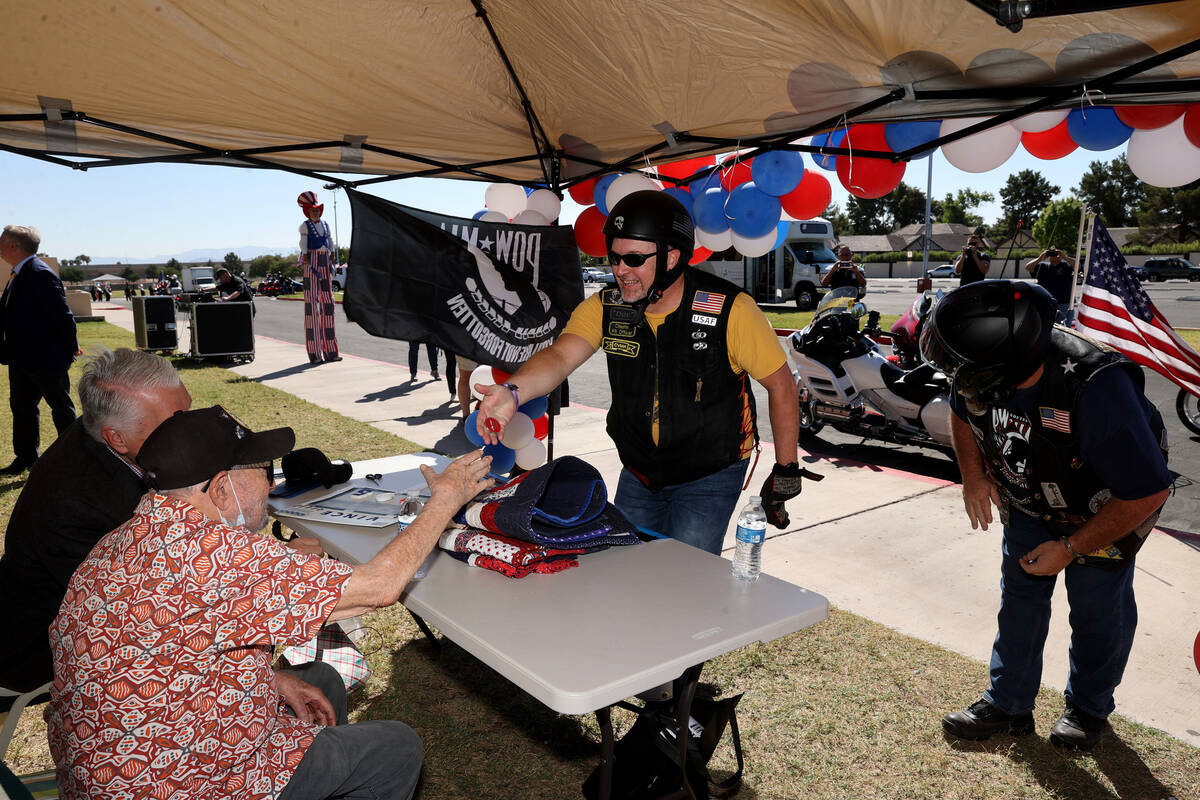 Gov. Steve Sisolak was among those who showed up to honor him and present him with a proclamation.

Shank was a prisoner of war for two years after being shot down over Sicily.

He played a trumpet in Las Vegas casinos during the Rat Pack era.