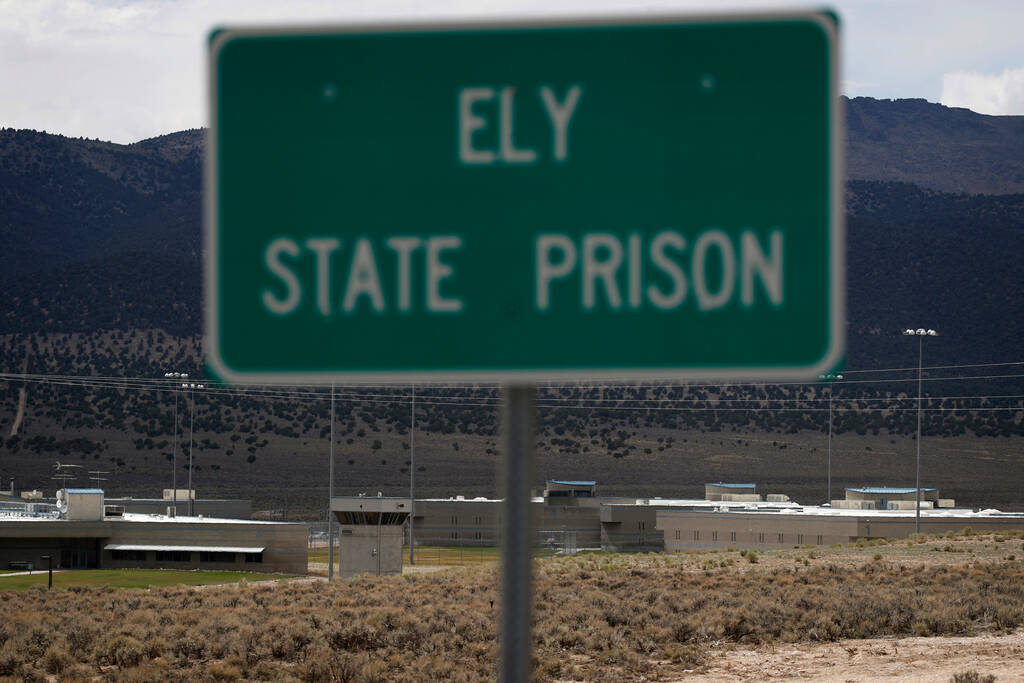 More than two dozen prisoners are on a hunger strike at a Nevada state prison over what they say are abusive and violent conditions there, among other complaints.

Twenty-five inmates at Ely State Prison were hunger striking as of Tuesday, according to a statement issued Tuesday afternoon by the department’s acting spokesperson, W.C. “Bill” Quenga.

Ely, about 250 miles north of Las Vegas, is home to Nevada’s men’s death row. The Department of Corrections’ website says it is the state’s “designated maximum-security prison” and has “406 employee positions” with a capacity of 1,183 inmates.

“They are currently participating in a peaceful protest regarding the conditions of their confinement,” said the statement from Return Strong and its executive director, Jodi Hocking.

“I think people are just really at their breaking point,” Hocking said in an interview. “Ely’s always been bad.”

A hunger strike refers to the practice of refusing food in protest, and has been used throughout history by women demanding the right to vote, Mahatma Gandhi, and Irish Republican Army members in Northern Ireland, among others. Famously, in the Northern Ireland hunger strikes, 10 people including prominent Irish republican Bobby Sands died.

— End what they say is group punishment including indefinite lockdowns

— Address safety concerns like mold, heating and air conditioning issues, and rodent infestations, among other things

— Convene a group of stakeholders to “provide immediate oversight into the conditions in all Nevada prisons, correctional centers and camps”

According to Return Strong, the inmates are “participating in a peaceful protest” to get their demands met.

They say that since the pandemic, prisoners have been subjected to a variety of lockdowns for reasons both legitimate and not. The extended isolation, which deprives the prisoners of socialization and religious services, had led to an “increase in mental health issues, aggression, violence, and suicides,” Return Strong said.

”What’s happening at Ely and what’s been initiated at Ely is the tip of the iceberg,” Hocking said, adding that other state facilities such as Florence McClure Women’s Correctional Center and High Desert State Prison are “absolutely horrendous.”

As well, the group alleged that inmates at Ely are assaulted by corrections workers in a room that operates outside of oversight.

“For years, there have been reports of physical attacks by staff on prisoners that take place in a room that does not have cameras available,” Return Strong said in its statement. “This ‘beat up room’ has been common knowledge.”

For its part, the Department of Corrections acknowledged some of the reasons why the prisoners are hunger striking.

Quenga added that the number of hunger strikers changes daily because some of the strikers will refuse food one day and then eat the next.

Food is made available every day to the hunger strikers, Quenga said.

But he added that Nevada prison officials are looking at the portion sizes distributed to the inmates for their daily meals.

“The NDOC is auditing portion sizes at all facilities throughout the state and reviewing the contract with the current food vendor. Additional complaints are also under review,” Quenga said.

The hunger striking prisoners are “being monitored for weight and other health-related statistics,” he said.

A recent series of high-profile crises has roiled Nevada’s Department of Corrections.

In September, convicted 2007 Luxor bomber Porfirio Duarte-Herrera, 42, escaped and was lining up at a Las Vegas shuttle bus company for a trip to the Mexican border when Metro officers, acting on a tip, took him back into custody.

In the fallout, Gov. Steve Sisolak issued a statement blasting prison officials for what he said was their “unacceptable” handling of the escape. The department’s director at the time, Charles Daniels, resigned a week later. Daniels later demanded $1 million from the state and said he’d filed a whistleblower complaint.

Also in September, the department’s medical director resigned less than a week after two inmates died by suicide at High Desert State Prison.

In October, High Desert inmate Andrew Hilford pleaded guilty and was sentenced to life for stabbing his cellmate, Isaiah Sharp, 21, in March 2021, less than a month before Sharp was to be released. Sharp’s family had filed a lawsuit in July 2022 accusing the department of placing the two men in a cell together after Hilford “previously threatened harm against anyone placed in his cell.”

In his statement, Quenga said the department “takes seriously the health and welfare of the offenders in its custody and is working to resolve this matter,” he said.

Asked if she believes the Department of Corrections’ statement, Hocking said she doesn’t.

“That’s a publicity response,” Hocking said. “I don’t think that is the case at all.”