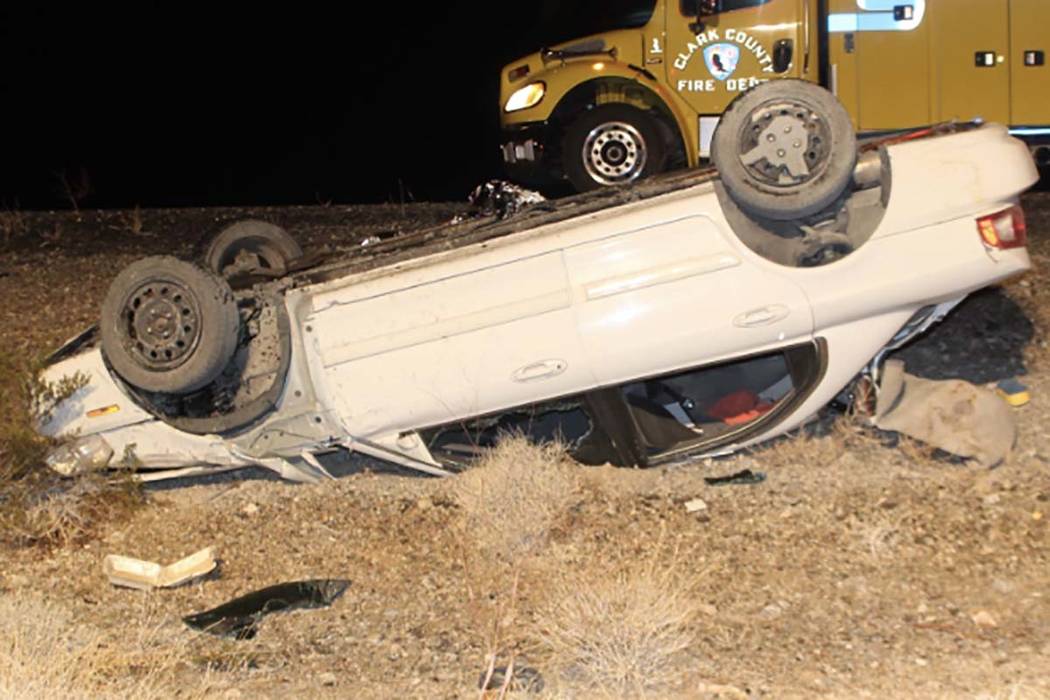 The crash happened about 2:30 a.m. when a 2005 Kia Optima traveling northbound on the highway hit a dirt center median for “unknown reasons,” according to a statement from the Highway Patrol. The Kia, driven by a 65-year-old man from Indian Springs, overturned.

The man died at the scene, the Highway Patrol said.

The Clark County coroner’s office will identify the man after his family has been notified. Further information about the crash was not available.