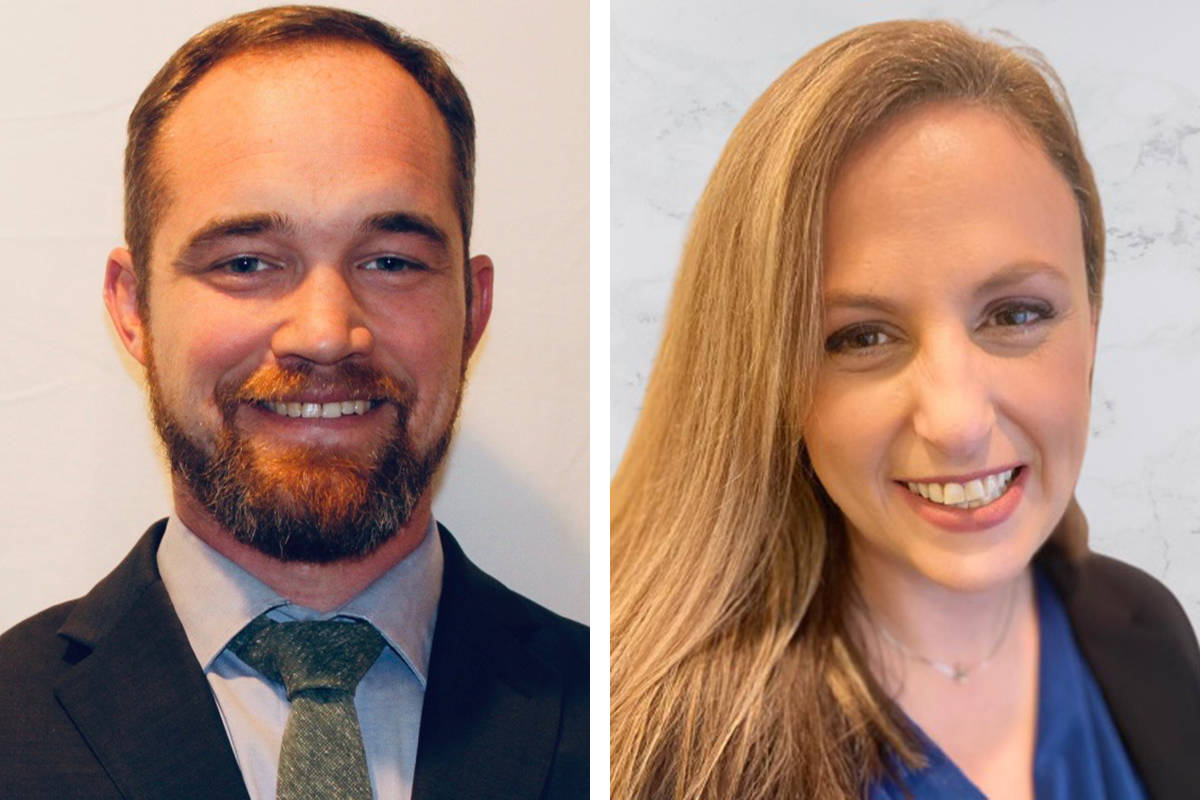 Christopher Peterson, left, and Jennifer Shomshor are joining the ACLU of Nevada as staff attorneys. (ACLU of Nevada)

The American Civil Liberties Union of Nevada has hired two new staff attorneys as the nonprofit prepares to pursue litigation related to civil rights issues in the state.

“I’ve made it no secret that we need an aggressive ACLUNV legal department to help advance civil liberties in Nevada,” said ACLU of Nevada Executive Director Athar Haseebullah, who was named the first person of color to lead the organization in January. “It is critical for our legal department to have the capacity to meet the needs of these extraordinary times.”

Peterson previously worked for the Clark County public defender’s office, where he litigated a wide range of constitutional issues, including illegal searches and seizures and due process violations. He also was a founding member of the Las Vegas chapter of the National Lawyers Guild and has served as a legal observer during Black Lives Matter protests.

Shomshor has litigated cases in both the public and private sectors.

Both attorneys will work in Las Vegas and join staff attorney Nikki Levy in representing the ACLU of Nevada in civil rights cases statewide.

“Nevada has been through so much in the last year alone, including serious inequities exposed by the COVID-19 pandemic and ongoing issues related to racial injustice,” Haseebullah said.