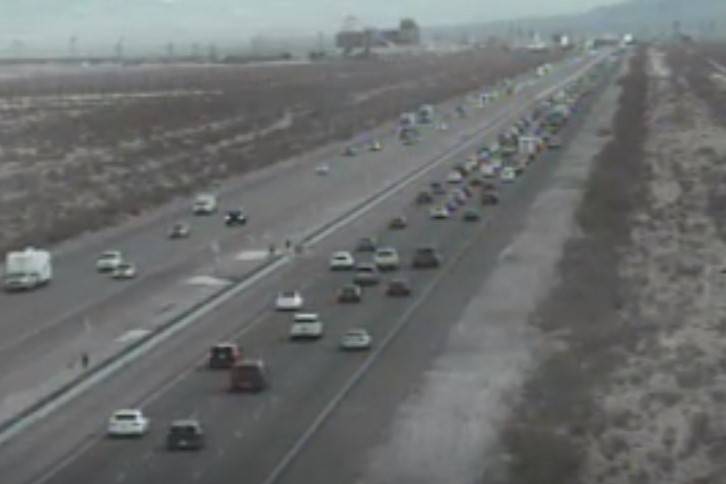 Traffic was backed up for 12 miles on the way out of Las Vegas to California on Sunday afternoon, according to a tweet from the Regional Transportation Commission. Primm is about 45 miles southwest of Las Vegas.

The backup was 16 miles earlier this afternoon.

Heavy commuter traffic has been a consistent weekend presence for months as the region reopens.

The drive will not be improving soon as the area is also a few weeks away from an $11 million project to repave a 16-mile stretch of southbound I-15.

Also, two rail projects that would link Southern Nevada with Southern California (and alleviate traffic on I-15) could get a boost from President Joe Biden’s $2.3 trillion jobs bill.